COSTA RICA NEWS – Representatives of the Mel Group, based in the U.S.,  met with legislative members of the Partido Unidad Social Cristiana (PUSC) to negotiate the construction of a modern airport in Limón, with a main runway of 11.000 feet or about 3.5 kilometres long.

The investment, according to the president of the company, would generate approximately 2.500 direct and 8.000 indirect jobs in the area, with an investment of close ot US$700 million dollars.

If the project moves forward, the airport with capacity for international flights, could be ready in three years time.

Limón PUSC legislator, Luis Vásquez, is very optimistic about moving the project forward and expressed pleasure at the private proposal.

The proposal is also being pitched to the Dirección General de Aviación Civil (Civil Aviation) and legislators, Danny Heyling, Abelino Esquivel, Carmen Quesada and Gerardo Vargas, who make up the Legislative Commission on the issues of the Caribbean region.

Positive on the idea of building a modern airport in Limón is the president of the Cámara de Comercio, Industrias y Turismo de Limón, Ruben Acón Toy, who said “this is the type of prioject the province needs to grow economically.”

Toy added that his group is providing the American businessmen all the support to deal with state entities to obtain permits and carry out the construction of the infrastructure. 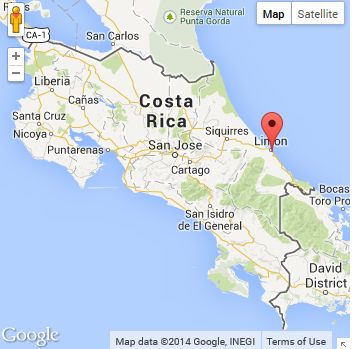 Currently, the Limón International Airport (Spanish: Aeropuerto Internacional de Limón) (LIO) is one of the four international airports in the country. It re-opened in July 2006 after being closed nearly 20 years for domestic flights.

The other international airports in the country are: San José (SJO); Pavas (SYQ); and Liberia (LIR).

QCOSTARICA - A sad discovery occurred this Thursday morning in a hotel located in La Sabana, in San José, the lifeless body of a...
Expat Focus