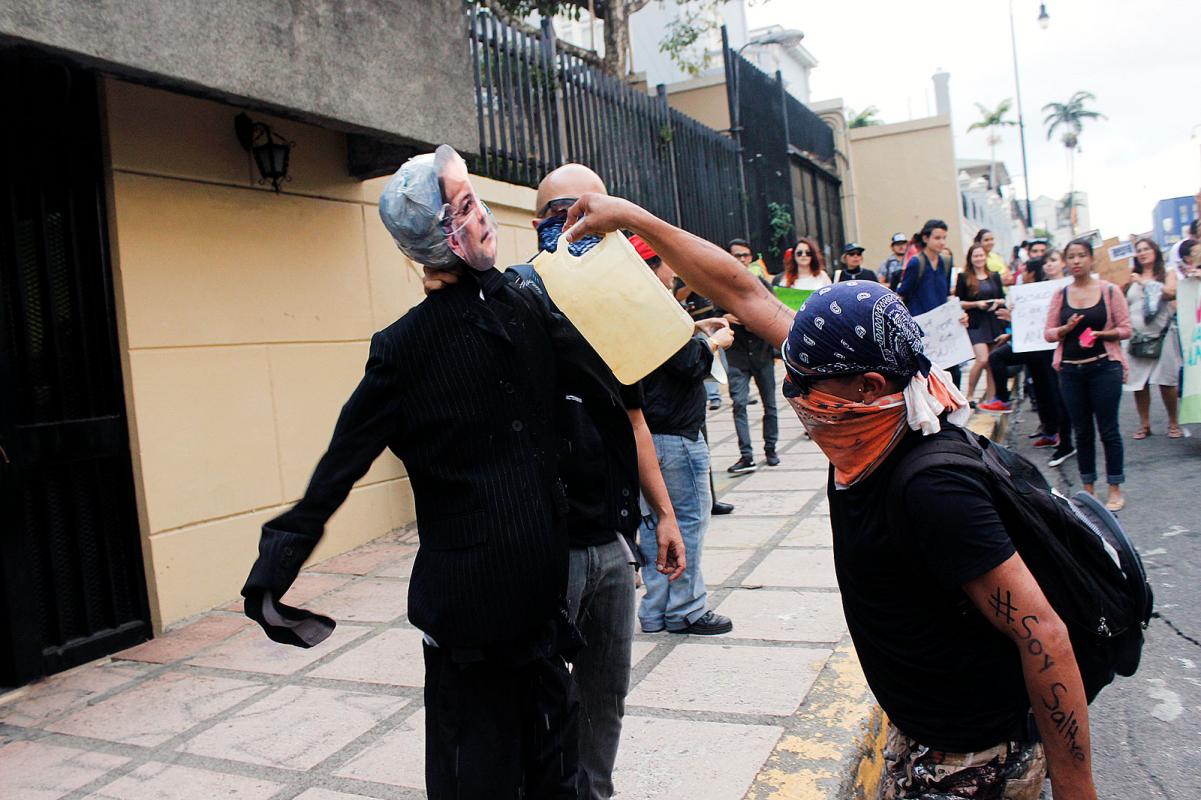 QCOSTARICA – What should have been a peaceful demonstration in favour of the bill against animal abuse ended in a terrible confrontation between police and protesters on Thursday, in front of the Legislative Assembly in downtown. 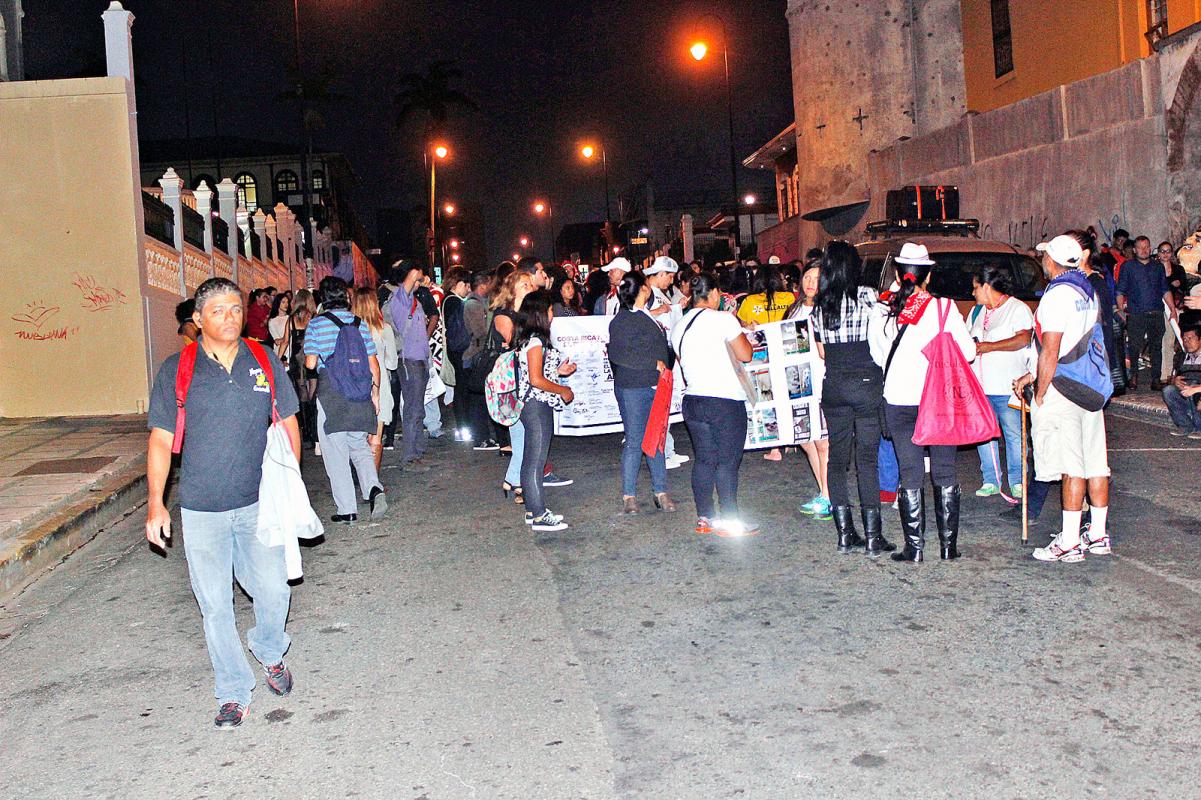 It was around 4:30pm when the large group of animal rights activists, headed by Costa Rica vice-president, Ana Helena Chacon and other government leaders, left the Parque Central in downtown San Jose, headed for the Legislative Assembly a few blocks away. 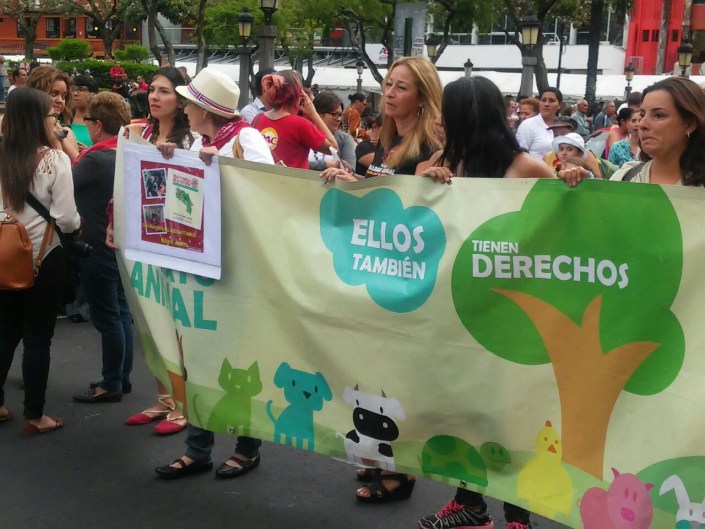 Their message was clear: “we want a law against animal abuse and for the violence to stop”.

By and large the protest was without incident, until…an individual brought out a life-size doll attached to the face a picture of Otton Solis and Otto Guevara, two legislators opposing the animal rights bill.

Surrounded by most of the protesters, the man felt motivated to set to fire to the doll, encouraged by his audience that applauded what he did.

This is when things turned nasty, as police intervened to prevent the burning, a clash among protestors broke out. 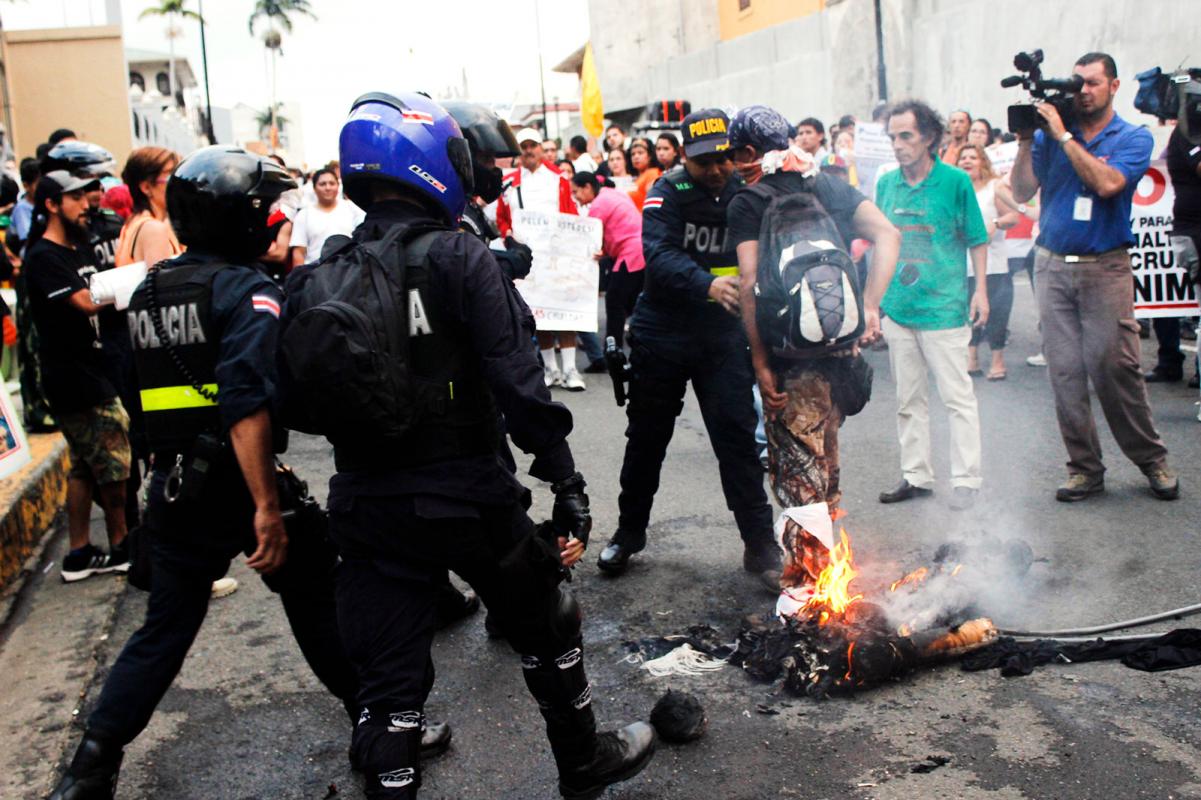 According to the police report, a total of 60 officials were mobilized to contain the situation, which left 4 people detained.

At that time some leaders of the protest began ranting that whoever assembled the commotion was not one of them and their group never supports any violent action of the kind. 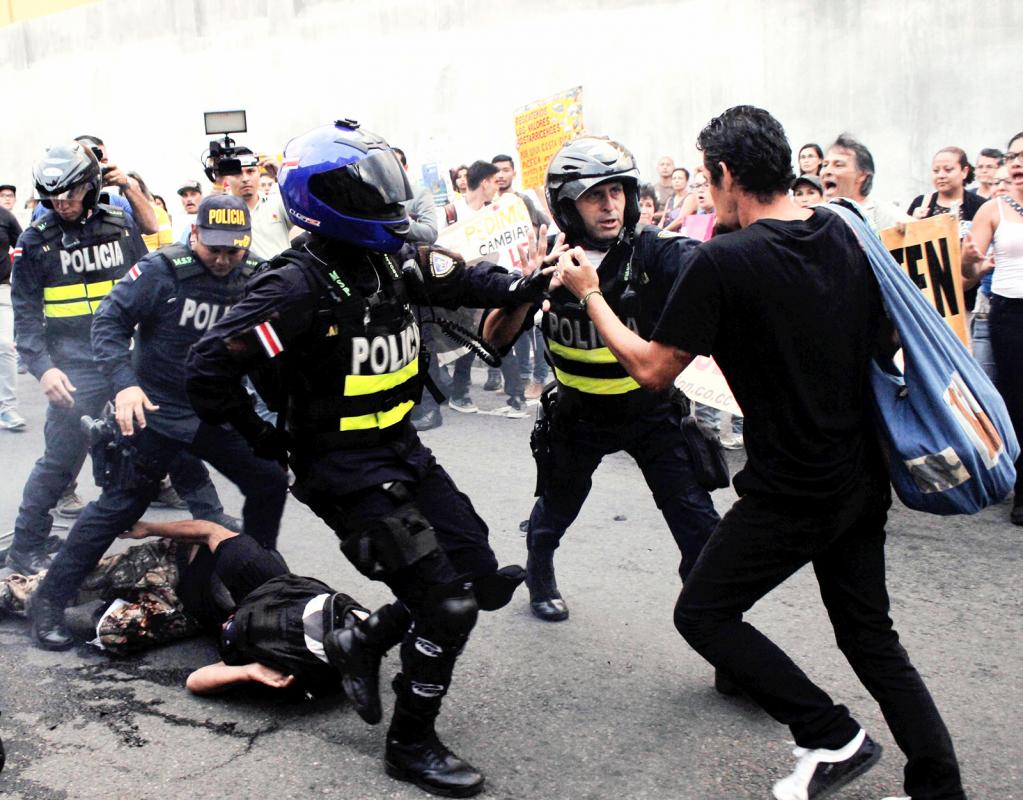 “Someone who is not part of our movement generated this…but that he o representation of the animal rights movement,” said Juan Carlos Peralta, one of the leaders.

Once tempers calmed some took the opportunity to apologize to the public for what happened and stressed that this was never intended.

Their main fear is that after seven years of a peaceful struggle an act like this ends up affecting their goal.

- Advertisement -
Paying the bills
Previous articleCosta Rica, Where Your Shadow ‘Disappears’
Next articleAfricans In Limbo: Costa Rica Doesn’t Want Them, Panama Resufes To Accept Them

Stray animals that are mistreated may have their own lawyer

Many stray animals are brutally attacked by heartless people who take...
Read more

Mother And Pups Found Living Abandoned Inside A Car in Alajuelita

Despite a new law that sanctions animal abuse and cruelty, cases...
Read more

QCOSTARICA - Though Tropical Storm Bonnie is not expected...
Latin America