Anit-Government Protests Have Hit The Heart Of Nicaragua’s Tourism 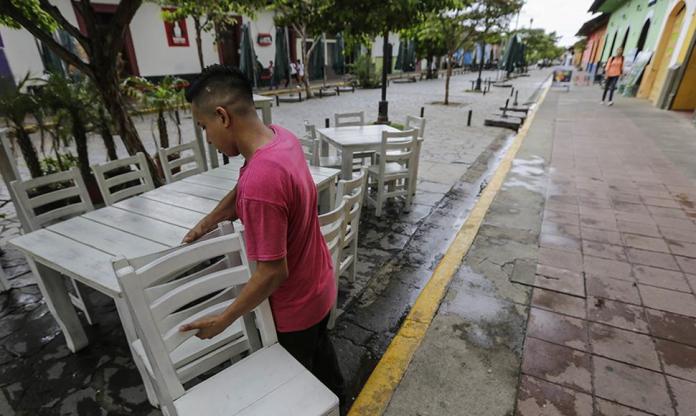 Granada, the heart of tourism in Nicaragua has stopped beating. Almost all tourists have fled Granada, leaving behind a desolate town that is called by many the “Paris of Central America”.

The anti-government protests have hit Granada hard. Many hotels and restaurants are closed or have laid off a good number of their employees.

“Everyone left, what we have is those in the country finishing off their vacation, but I think that within a week we will not have any tourists”, said Raman Suzat, who together with his wife Apolline administers a hostel in Granada, 45 km south of Managua.

In only a few weeks, tourism that in the last decade became the largest generator of foreign exchange in Nicaragua, had suffered a severe blow by the protests that began on April 18 with street demonstrations, roadblocks, lootings and fires.

The news of the violence that, according to the Inter-American Commission on Human Rights report on Monday included 76 deaths and almost 900 injured, spread across the globe.

Suzat added that men armed with clubs were out in the middle of the night looting. They even tried to force their way into the Suzat hostel, but the Frenchman quickly blocked the gate and entrance with his vehicle, while his 40 guests trembled in fear.

“At daybreak, they all packed their backs and left. It was a night of terror,” recalled Apolline.

Other Europeans, as well as Americans and Canadians who have invested in Nicaragua, attracted by levels of economic growth over the years have seen their businesses collapse in the last few weeks.

All they can do is reduce costs to avoid complete financial ruin.

The reality, unfortunately, that it will take some time for tourism in Granada and Nicaragua to return to good times.

“Our main market is Americans and with the (U.S.) embassy, saying that there is alert, most left,” laments tour guide Eduardo Corea, who says that the few who remain are “backpacker” tourists, who spend little on their visits.

“We are living in uncertainty,” says Mexican-born Malena Ortiz, a partner in a restaurant in Granada.

Q24N - Conditions are deteriorating in a camp on...
News