The  Autoridad Reguladora de los Servicios Públicos (ARESEP) – Regulatory Authority of Public Services – has come under heavy criticism for backing down to the threats of gasoline station owners.

Days ago the ARESP approved a drop in gasoline prices of ¢6 colones for a litre of super and diesel and ¢5 for regular. The decrease came as a surprise to gasoline station owners who not only ask for a roll back on the decrease, but also an increase in their profit margins.

Gasoline station owners publicly said they would literally shut down their stations and layoff workers if the price drop was to take place. Under this threat the ARESEP caved in and suspended the decrease. 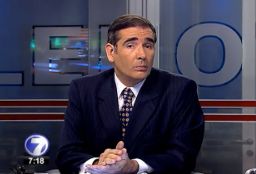 The ARESEP decision was not welcomed by consumers and businesses, some accusing the ARESEP as being a puppet to interest groups.

The social networks – Facebook, Twitter, etc- were abuzz with all types of comments, none in favour of the ARESEP.  A commentary by Andrés Chacón said, “we are governed by lobbysts. How can you not stay firm in your decision, very disappointing“.

The ARESEP denies political pressure. “It is very dangerous to make those claims (shut down sales) and the criterion of the board was to prevent further damage and ask for time consider the appeal”.

The regulatory authority said it would study the proposal of gasoline station owners.

QCOSTARICA - After almost three years of starting the work and four before that to the get contract awarded, authorities of the governments of...
Pura Vida

FINCA PARAISO (QCOSTARICA) At this time of the year many forested parts of Costa Rica are alive with the song of chicharras, cicadas. They...
Immigration

QCOSTARICA - A total of 24 travelers, so far, face problems with the law when discovered trying to leave Costa Rica, through the San...
Business

QCOSTARICA -Viatris, one of the largest generic drug manufacturers in the world, announced the opening of commercial operations in Costa Rica, with an initial...
Health

QCOSTARICA - The Ministry of Public Security (MSP) reported on Friday that, in a period of two weeks, 47 travelers have tried to leave...
Guatemala

Q24N - Guatemala on Tuesday received 200,000 doses of the vaccine against covid-19 donated by India, which it will use to complete the immunization...
Pura Vida