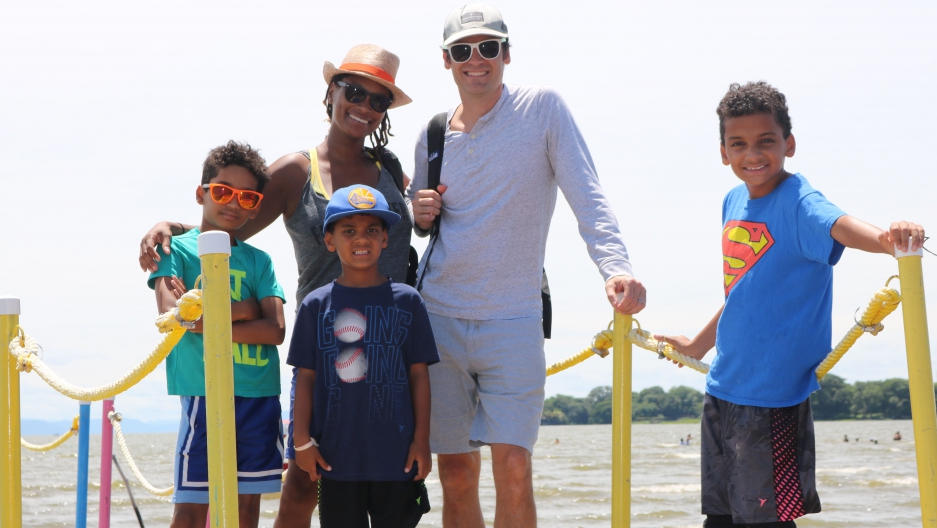 (TODAY NICARAGUA) Since Kristina Krump and her husband, Nicholas, started dating, they’ve dreamed about leaving Phoenix to live abroad, maybe after sending their last child to college, or in retirement. In the meantime, they and their three boys spend a month every summer in Latin America.

Last year, the family went to Costa Rica and Nicaragua. It was a welcome break, Kristina Krump said, from US politics and bad news.

Back home in the US, Krump, a former teacher, worries about the divisiveness the election has stirred up. In Arizona, politics are focused more on the Mexican border and illegal immigration, and less on the black-white divide she grew up with on the East Coast, said Krump, who is African American. Still, with so many shootings in recent years of young, black men by police officers, she fears her biracial sons, aged 7, 9 and 11, could one day be a target.

“I don’t want to have teenage boys in this country, given all that’s happening,” she said. “It just terrifies me.”

So, when Donald Trump was elected president, that was the final straw: His derogatory remarks about women and minorities were too much for her, she said. For the couple, his victory also felt like déjà vu. See, when George W. Bush became the Republican candidate for president in 2000, Krump and her husband said they’d move to Canada if he won. But they never made an escape plan, and when Bush won, they realized they had been kidding themselves.

So, unlike the many people who said they’d leave America under Trump and haven’t, the Krumps are keeping their word. The family is moving in June to Granada, Nicaragua. It’s a tourist town in a country that’s Central America’s poorest, yet second safest. The kids will go to an international school, while Krump, a stay-at-home mom, will volunteer. Her husband, a workplace safety consultant, will fly back to the US when he needs to. They’ll all study Spanish.

“My husband doesn’t speak any outside of just the general: hello, goodbye, thank you, bathroom and beer,” she said.

To get ready for the move, Krump is finding homes for their three dogs and packing up their house, room by room.

“It’s a big task,” she said. “Looking at everything that’s in here and trying to decide what we really want to keep, what we want to let go of, what we really think we need — and are we moving forever, or are we just moving for a year, or two, or four?”

What she is certain of is that President Trump can’t relate to her family’s slow rise into the middle class and their struggle to stay in it.

“I would appreciate him a lot more probably,” Krump said, “if he would just say, ‘Hey, I started with a huge leg up in life; I get it. And I did work hard, and I used my leg up to become even more successful, and I want to figure out how to run this country [so] that everyone, whether you have a leg up or not, can succeed.’ And I really don’t feel like that’s where he’s coming from.”

When Krump talks to her kids — even her oldest, Jackson — about why they’re going to Nicaragua, she focuses on the adventure there instead of her fears for them here.

“They haven’t got to that point where they’re exposed to all of — everything,” she said. “Not that Jackson hasn’t heard about some of the things that happen; we’ve talked about them. But I don’t think he knows the depth and the breadth of it. And I certainly don’t think he is quite able to connect the dots.”

With tourist visas, they’ll need to exit the country every 90 days to legally stay long term. Krump said she’ll put up with inconveniences like that for quiet nights outside in rocking chairs, chatting and sipping rum with neighbors — not to mention more free time with her family.

“I know that for me,” Krump said, “I need to just hit the reset button in a big way and then kind of navigate and adjust and see what’s best for us moving forward.”