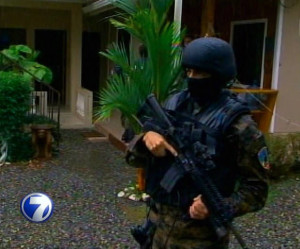 Concurrently, various foreign groups have set up shop in Costa Rica, among them Mexico’s Knights Templar and the Revolutionary Armed Forces of Colombia (FARC).

There are signs the domestic drug trade is growing with this transnational presence, indicated by a high percentage of drug-related arrests this year, and a rising homicide rate. Costa Ricans have also been arrested for assisting Mexican cartels, showing they are involved in the transnational aspect of the trade.

The latest case indicates Costa Ricans have moved their involvement in the international cocaine trade to the next level. It provides a clear example of a Costa Rican led and financed network purchasing cocaine directly from suppliers and transporting it to one of the world’s main consumer markets.

The fact Belgium was the destination is also significant — Latin American drug traffickers are increasingly tapping into the European cocaine market, and while Spain has traditionally been the main port of entry, Belgium’s has been noted as a progressively more important portal.

Q TRAVEL - Europe opened the doors to tourism. While worldwide vaccination against covid-19 advances above the levels of each country, the restrictions are...
Travel

HQ - The appearance of pests and diseases, in particular the 'dragón amarillo' (yellow dragon), the impact of the weather and a sharp drop...
Politics