At the United Nations, Discussion of How to Remove Maduro from Office 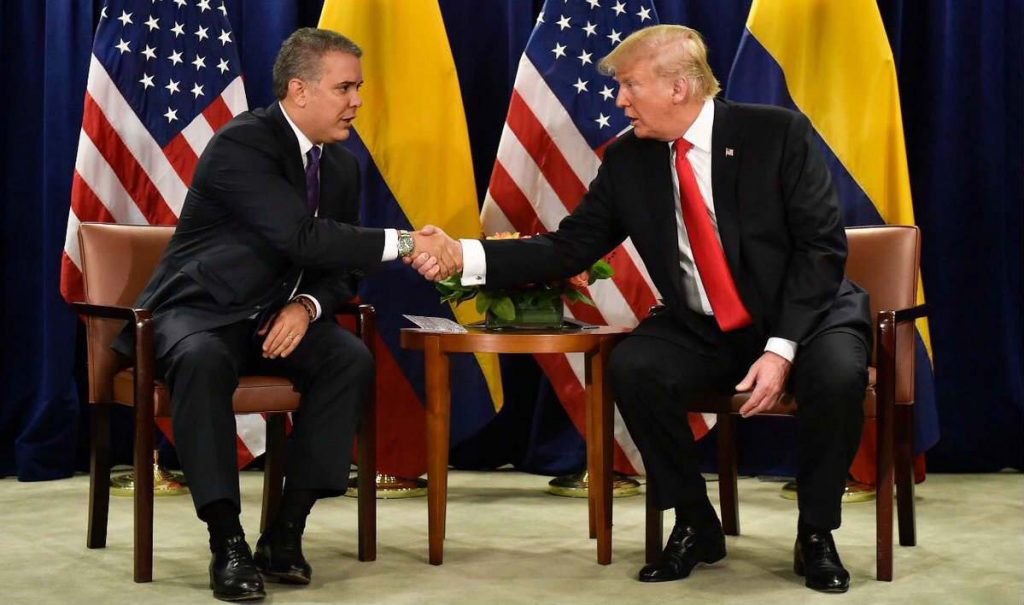 This week during the General Assembly of the United Nations, Ecuador, Peru, and Brazil, spoke about the urgency of stopping the tragedy suffered by Venezuelans.

The president of Peru, Martín Vizcarra, condemned “the rupture of the constitutional order in Venezuela.” He assured that through multilateral forums he will aid the restoration of democracy. Lenin Moreno, president of Ecuador, assured that Maduro is overstaying his welcome in his own country, describing him as “corrupt and sinister.” Also, the president of Brazil, Michel Temer, said in his speech that “the solution to the Venezuelan crisis will occur when the country returns to economic development.”

However, what was most remarkable was what was said in the exchange of words between the president of the United States, Donald Trump, and the president of Colombia, Iván Duque; both administrations which have taken a firm stance against the Chavista tyranny in Venezuela.

The US State Department recently noted in a report that Venezuela is the “main” threat to the stability of the continent. And this was reiterated by Trump himself in a meeting with Duque.

“We are witnessing a humanitarian tragedy,” he said. Then, he assured that Venezuela is a danger “for the security of its people.” Immediately after, Trump said: “It is a regime that frankly can be defeated very quickly by the military if they decide to do that.”

And, sarcastically, he responded to the Venezuelan journalist Carla Angola: “You saw how the military ran as soon as they heard a bomb over head. The military was covering to protect themselves. That’s not good.”

In a tone of mockery, he hinted at something very important: the US Marines are superior to the Venezuelan military.

In the meeting with Trump, Iván Duque said he would focus on the war against drug trafficking. He said that the United States supports him and, later, referred to the regime of Nicolás Maduro, accused by the same US government of being linked to international drug trafficking.

“Very productive and frank meeting with Donald Trump in the General Assembly of the United Nations. Our friendly nations agree in their vision to confront drug trafficking with all determination and seek solutions to the humanitarian crisis in Venezuela,” President Duque wrote on his Twitter account.

The most decisive pronouncement, as far as Venezuela is concerned, was issued by Vice President Mike Pence. In another meeting with Duque’s government, he took aim at Venezuela for its recent mobilization of troops to the border with Colombia.

“The United States will stand with its allies for their security. Today the news reported that the Maduro regime transported military troops to the Colombian border, as they have done in the past. It is an obvious effort to intimidate,” he said.

The vice president spoke of the massive refugee crisis in the region and the new sanctions imposed by his government on Nicolás Maduro’s dictatorial regime, including top regime officials such as First Lady, Cilia Flores, and the defense minister, Vladimir Padrino López.

“This crisis will continue as long as the Maduro regime remains in power. While continuing to impose its socialist agenda, which has impoverished that nation,” he said.

In the United Nations, the great powers of the hemisphere are having an uncomfortable but pertinent discussion about Venezuela. It is no longer a question of condemning Chavismo, but of talking about when and how to get Nicolás Maduro out.

The pressure is increasing and there is more discussion about how alternatives to military intervention are disappearing. Many understand that only force will be effective.

QCOSTARICA - The use of "force and the violation of the...
Read more