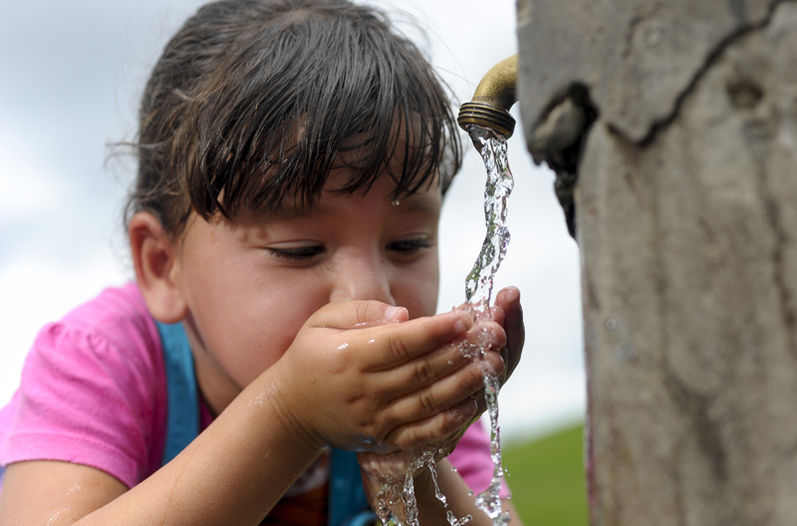 QCOSTARICA – The Costa Rica water utility, the Instituto Costarricense de Acueductos y Alcantarillados (AyA), made an impassioned plea to the public to save water, an action described as “urgent” given the reduction in water flow caused by the severe drought from the effects of El Niño.

Yamileth Astorga, head of the AyA, said it is crucial that “we stand in solidarity, on a personal and collective way, in facing the shortage problems that is already facing communities.”

According to the utility, domestic activity like doing the laundry consumes about 7,000 litres a month in each house. Personal care, like showers and baths consumes some 4,500 litres monthly.

The AyA is calling on everyone in the country to be more conserving in their use of water.

A drinking water shortage will impact about 500,000 people in the Greater Metropolitan Area (GAM) for the rest of the year and throughout the 2016 dry season.

According to Astorga, if the population doesn’t become conscious of their water use, there will be shortages, the utility will be forced to ration water at different times of the say, in order to maintain adequate water levels in the storage tanks. The AyA forecasts cutting water to some communities up to 12 hours day, in others up to six hours.

The country has experiences a cumulative rainfall deficit of between 50% and 75% this year in certain areas.

And although this month (September) there has been a slight increase in rainfall, we can expect less water for the first half of 2016, wans Juan Carlos Fallas, director of the national weather service, the Instituto Meteorológico Nacional (IMN).

According to the IMN, between August and September this year, Costa Rica has already achieved the conditions of El Niño recorded in 1997. “Under current conditions, the effects of El Niño will be significant in 2016; at least until May,” said Fallas.

The worst of the effects of the El Niño is being felt in the province of Guanacaste, where the AyA, working with the National Emergency Commission (Comisión Nacional de Emergencia – CNE) has identified 33 communities where it has to truck in water in tankers, as wells have run dry.

QCOSTARICA - A moderate decline in new cases for the third consecutive week allowed the hospital system to avoid the dreaded collapse and rapid...
Front Page

QCOSTARICA - American Airlines announced that starting November 2, 2021, it will offer a direct flight between Austin, Texas and the Daniel Oduber International...
Peru

Today, Saturday, June 12, only ODDS can circulate. The measure is countrywide and applied between 5:00 am and 9:00 pm, save for those under the...
Business