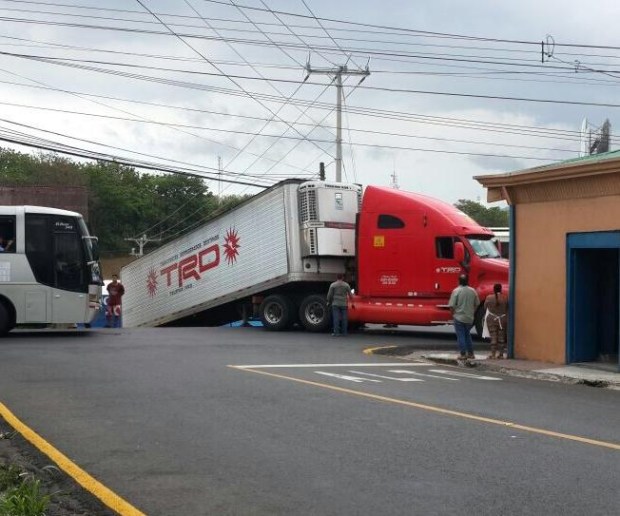 QCOSTARICA – Is it case of bad driving or inadequate (bad) roads? You pick your choice. Maybe a bit of both. In any event, the traffic congestion by this mishap was for more than an hour.

The incident took place on April 22 in the Curridabat, on the east side of San Jose, one of the more densely populated areas, with narrow roads, hills, and poor road infrastructure.

According to the witness reports with Telenoticias, the big rig was transiting the area known as La Galera, headed for San Jose after leaving Cartago, driven by a Guatemalan national.

The foreigner driver said he was not familiar with the road and upon taking the run, the belly of his trailer got stuck.

Many a foreigner has had similar – not necessarily with a big rig – experiences, getting stuck due to an uneven road, wheels in a “cuñeta” (open storm sewer) or an open manhole, etc.

Fortunately, other than the humongous traffic congestion and damage to the rig (and maybe to the pride of the driver), no one was injured in the incident. 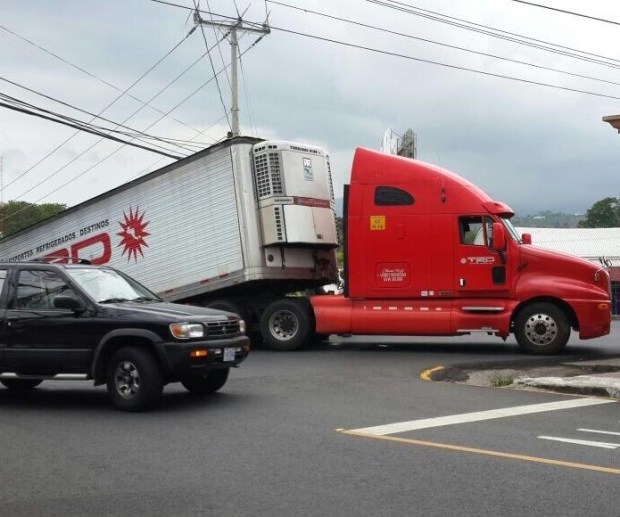 Use the comments section below to tell us your story about driving in an around Costa Rica.

- Advertisement -
Paying the bills
Previous articleA Fiesta in Barrio Pantanal
Next articleCan I Sue For Adultery Without Any Physical Contact?