QCOSTARICA by Roberto Acuña Ávalos, Vozdeguanacaste.com – “We have never had tourism, but before people at least passed through. Now they don’t even pass through La Cruz.” Businessman Neftali Mairena describes the situation in their canton in this cold, worrisome and even powerless way.

Mairena, who owns Pizza Cafe in La Cruz, in the canton’s center, has noticed how the number of customers has declined since the Junquillal route was redone.

In 2015, the Municipality of La Cruz implemented a project that made many people happy, but it turned out that it brought a big problem for the downtown area. That year, with support from Hotel Dreams Las Mareas, the municipality did work on 11 kilometers (6.8 miles) of the local road to Junquillal. 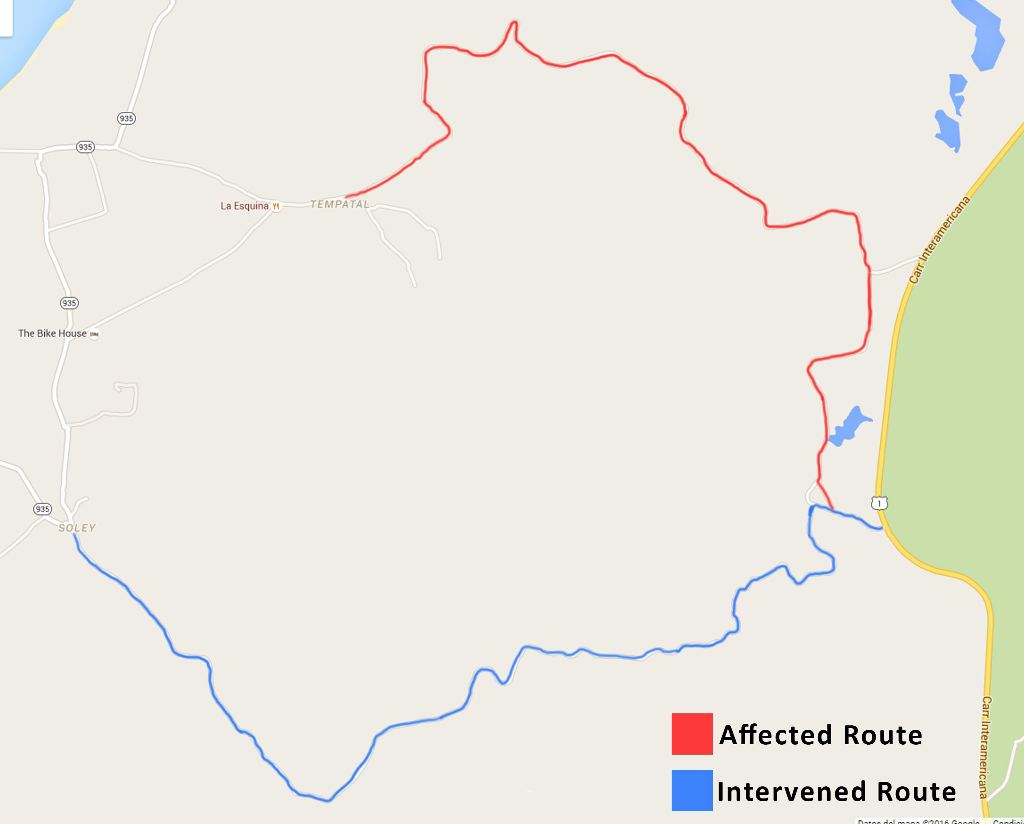 Although the new surfaces benefited many, the Junquillal route causes people on their way to the coastal area of La Cruz to turn off of the main road at the first police station, which is about 10 kilometers (6.2 miles) from the town center. This means that those who take this road no longer pass through the canton’s downtown area.

Before 2015, these roads were in very bad shape, so tourists who went to the coast had to pass through the center of La Cruz and take National Route 935, which is a gravel road. However, now most visitors who go to the coast and to the Hotel Dreams Las Mareas take the Junquillal road, which is in better condition.

According to the president of the Chamber of Tourism, Marina Peña, during high season in December, the almost 2000 Cubans immigrants stranded in the canton when Nicaragua closed its borders were the ones who saved the businesses.

“Here they no longer see the microbuses that passed through with tourists. Before they at least got out in the park and even if it was an ice cream that they bought— but now they don’t even do that. Here those who saved us were the Cubans. Now I don’t know what we are going to do instead since almost all of them have gone,” said the president.

Given the reduction in tourism, the La Cruz Leaders Alliance formed an infrastructure committee last year to follow up on work on Route 935.

According to Alicia Briceño, member of the committee as well as member of the La Cruz Integral Development Association, they have had meetings with Conavi to work on 9 kilometers (5.6 miles) of the road, but there has been no response.

“Last year in November, we were going to close the street and do a strike, to see if we could put on a little pressure that way, but at that moment, the problem of the Cubans arose [when the border was closed by Nicaragua] and we did not want to generate a greater impact to the canton,” said Briceño.

The Voice of Guanacaste tried to find out through the Conavi press department what maintenance has been done on the gravel road. However, only an email response was received with very few details.

To Adrian Calleja, a member of the Leaders Alliance and part of the Hacienda El Cenizaro tour operator staff, the problem with Route 935 is not just impacting tourism, but also affects the communities of Puerto Soley, Bello Horizonte and Tempatal, which remain far away from the public services in the center.

Members of the Leaders Alliance are now waiting for the change in mayor, since one of the proposals is to make that route cantonal so the municipality would be able to repair it with help from area businesses.

RICO's DIGEST. How many times, driving in the wee...
Infrastructure