Barbie: a 60-year-old lady with the face (and body) of a young girl!

The legendary Mattel doll celebrated her 60th on Saturday, March 9, with an exorbitant sales record: 2 billion in 150 countries 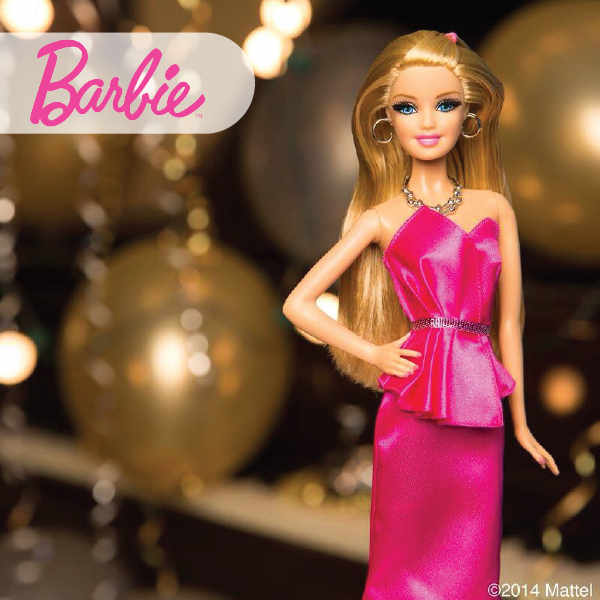 Barbie turned 60 on Saturday but she hasn’t aged a day since she first arrived on the scene. For many, she is still the blonde and impossibly thin doll created by American businesswoman Ruth Handler back in 1959.

Barbie’s unquestionable fame came at the world at the New York Toy Show, on March 9, 1959. From then 2 billion barbies have been sold in 150 countries around the world, according to Mattel, the company that owns Barbie.

According to Vogue magazine: “Then, Barbie was considered revolutionary, as the first adult doll on offer at a time when baby dolls that allowed girls to pretend to be mothers dominated the market. Industry experts given the first glimpse of the new Barbie doll at the American Toy Fair were sure it would be a flop, but Handler quickly proved them wrong, with over 350,000 sold in the first year alone and sales reaching US$2million by the early 1960s.”

Barbies’ do not falter: Mattel has revealed that 58 million Barbies are sold annually. “In an industry where success lasts three to five years now, 60 years is extremely important,” said Nathan Baynard, director of global marketing for Mattel.

In fact, the popularity of the Barbie brand is only comparable to the fame enjoyed by the multinationals McDonald’s and Coca-Cola, because its reputation has been consolidated since its launch and has managed to transcend generations, despite the increasingly fierce competition.

Vogue says, “Since her inception Barbie has been subjected to a barrage of criticism, particularly due to concerns over the impact the doll has on young girls’ self-esteem. Barbie has also been called out for failing to represent the ethnic diversity of women around the world, with previous attempts at non-white dolls – including an African-American doll named Francie in 1967– failing to win over customers.” 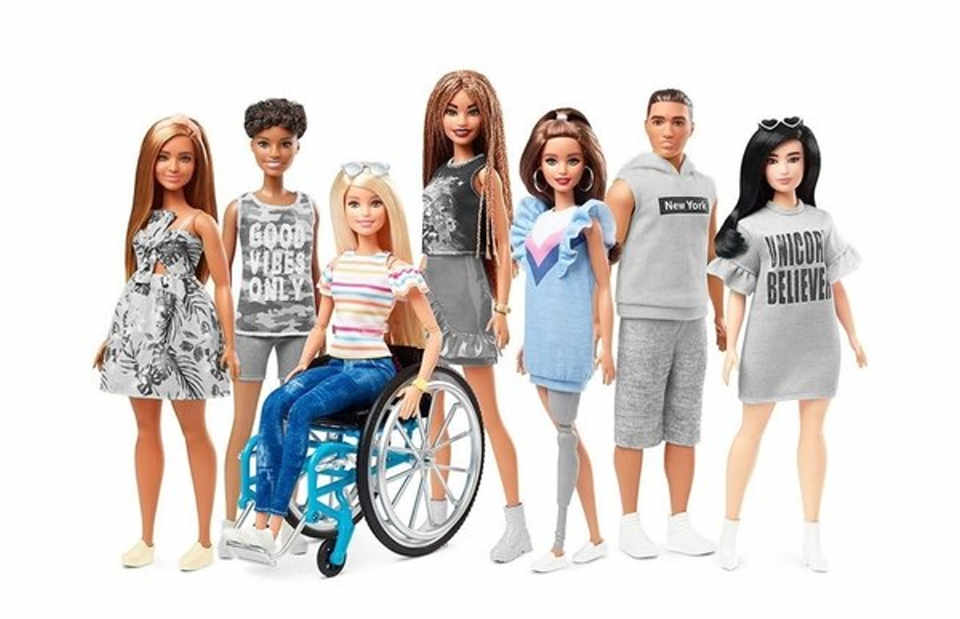 “We looked at diversity in every aspect – ethnicity, body type, types of fashion that she’s wearing – so more children in the world see themselves reflected in the brand,” Kim Culmone, Barbie’s senior vice president of design, told Vogue.

At 60, Barbara Millicent Roberts, originally from the fictional city of Willows, Wisconsin, in the U.S. midwest, remains without a husband and children, but she is not single: she maintains a relationship with Ken (“Ken Carson”), which began in 1963.

A news release from Mattel in February 2004 announced that Barbie and Ken had decided to split up, but in February 2006, they were hoping to rekindle their relationship after Ken had a makeover.

“Barbie is a young, independent woman, who seeks to devote herself to different careers,” says Mattel.

Barbie is sold worldwide, with the exception of Saudi Arabia and Iran, where its commercialization is prohibited because the culture of those countries considers it immoral.

Here are five things (according to Hollywood Life) you may not know about Barbie: 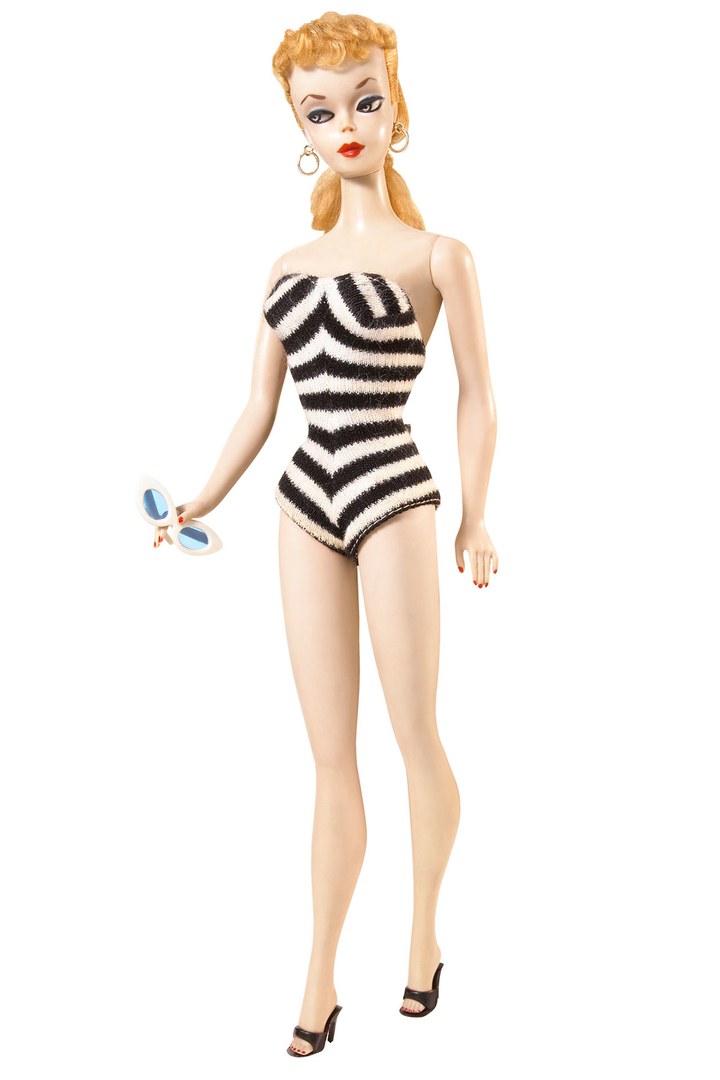 The folllowing 3 infographs (in Spanish) prepared by Carlos Fonseca for La Nacion is the best I could find chronicalling the story of Barbie through the decades. 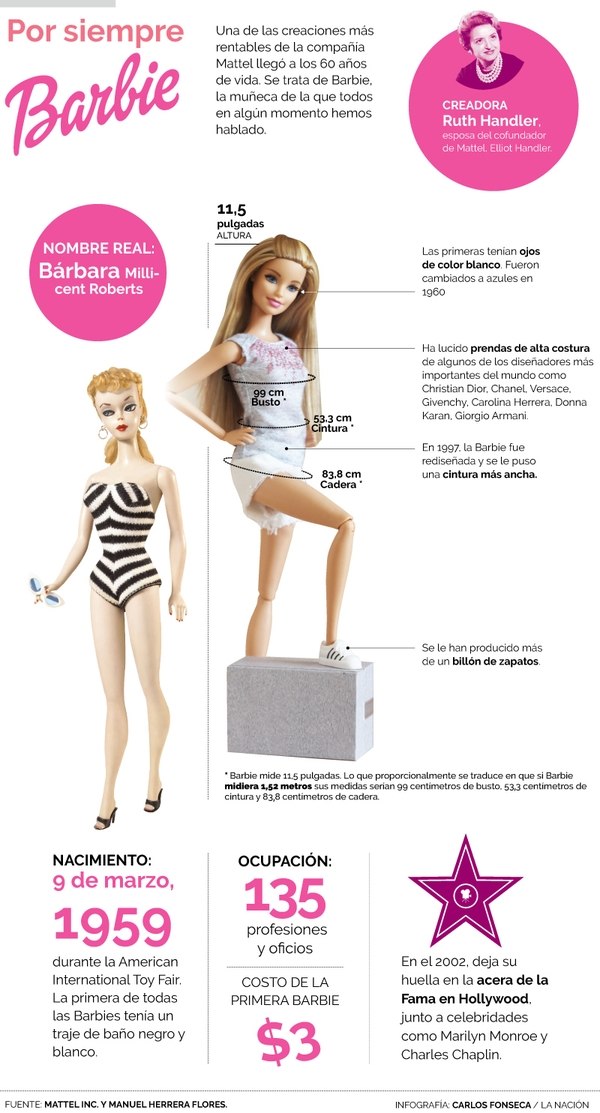 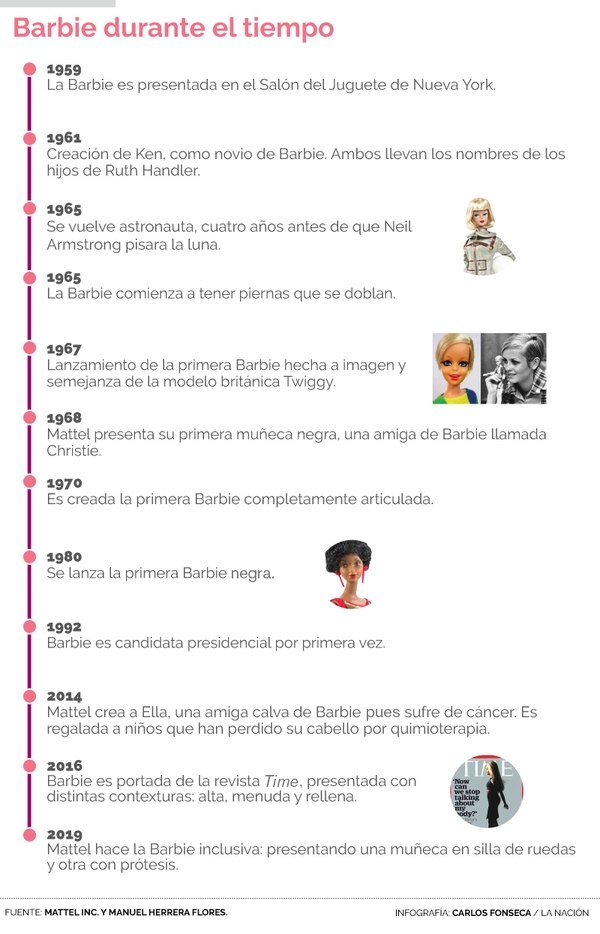 Read more: Three girls battling it out on Instagram for the title of ‘human Barbie’

QCOTARICA - The social media is dubbing the new bank for...
Read more