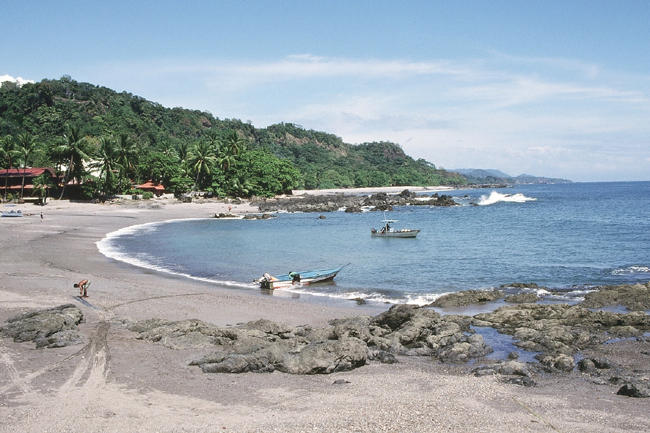 Geographic Institute, has always been reserved for public use and enjoyment. This is an inalienable right of enjoyment, which is unlikely to change in the future.

After the passage of the Maritime Zone Law, properties which had previously received a registered property title in the National Registry with a Survey Plan to the fifty meter line, have retained their fee simple ownership rights following the passage of the Law. However, properties held only in a Right of Possession by their owners, became subject to the Concession property provisions of the Maritime Zone Law.

The Concession provisions provide for leasing of the land from the Government that equates with the first one hundred and fifty meters inland from the fifty meter public zone line previously described. Concessions are only granted in those beachfront areas where the local Municipality has adopted a Municipal Zoning Plan providing for the existence of such Concessions. The Municipality is charged with the administering of such Concessions granted by the Government. The normal Concession lease granted is for a twenty year period and annual payments, similar to Municipal Property Taxes, must be paid to the Municipality, in order to keep the Concession Lease current.

Foreigners, without having had five years of legal Residency status in Costa Rica, may not own a majority interest in a Concession property. In those circumstances, a Trust may be created where a Costa Rican citizen holds a fifty-one percent interest in the Concession property and the foreigner holds a forty-nine percent interest, during the establishment of the five year Residency period of the foreigner.

Following the establishment of five years of Residency, the Concession interest held in Trust, may be transferred to the foreigner in its entirety.

An interesting consideration for foreigners is the Testamentary Disposition of such Concession interests. An inheriting party must also meet the five year Residency Rule, in order to acquire the entire Concession property lease interest following Probate, or alternatively, they would have to establish a Trust holding relationship, as was previously described, until the Residency requirement was met.

Any party seeking to acquire a Concession property interest would be well advised to seek professional legal assistance from a knowledgeable Real Estate Attorney prior to entering into any contractual arrangements.

Mel Gibson In Row With Muni in Nicoya, Guanacaste

QCOSTARICA - The Municipality of Nicoya (Guanacaste) has a beef with...
Read more