Being old in Costa Rica

This is an excerpt translation of an article by Alfonso J. Palacios Echeverría published in ElPais.cr

A national newspaper brings the news that threatens the peace and tranquility of we who are seniors. It notes the following: old man disappears after being dragged by the sea (while wetting his feet), that is, no walks on the beach; senior hit by a car when walking by the side of the road, that is, no strolls, unless in a park; seventy year old man dies in fight, which frightens us so we best not claim our rights; assault kills dream of living out old age in the mountains, is it not normal that they intern us in a retirement home and nothing about living alone and less in far away places. 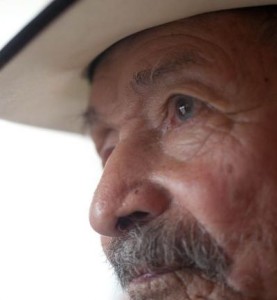 This reminded me that I have lived out four of the five years on the waiting list at the Calderón Guardia hospital for cardiac catheterization I urgently needed, according to the cardiologist that treated met at the time, though I doubt they will call me one day, for the young lady who received my medical documents did not formally put me on the list, saying that, if there was any space she would call me immediately and recommending me to go the emergency room, with my symptoms of heart disease, I would be treated immediately. Sure, she seems to forget what blood chemistry is, essential in a stroke. What if I am unable to pay the more than one million colones the treatment costs at a private hospital, what happens, I die just like that, waiting for treatment?

In the view of this young lady, ignorant and full of malice, she implied an attitude of contempt towards the elderly, in the sense that the old must give way for the young in the health system, because they (the young) are still able to produce, forgetting that for at least the last forty or forty-five years we produced. And we have rights as much or more for all we have given the country.

Our pension was earned by our contributions to the disability, old age and death fund and not a gracious concession they are giving us. And we have the same rights to the health system as any younger citizen. 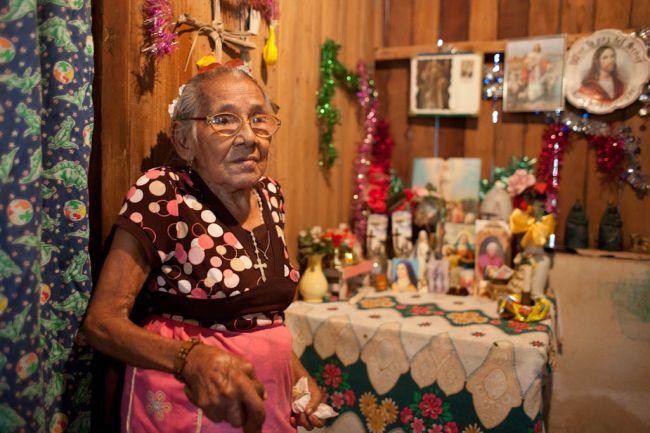 More and more stories come to light of the elderly being abused, neglected and abandoned or as in my case, put aside on a waiting list for a treatment that a specialist deems urgent and having to see the right hand and left discuss who is responsible.

Generally, the elderly are people who for many years contributed with their work or with their experience, only to face oblivion and become a nuisance to society, which does not allow defects like being a failure, being poor, disabled, fat or “old”.

All pass the ball, the government, charities and the unscrupulous who profit from the poor “grandparents” and so on. Growing old is almost a conviction, and is a topic that no one wants to talk about, and is not just a problem experienced by the elderly who are poor.

Many seniors are disconnected from the world because they are terribly alone, because they are marginalized of any family activity, because young people do not give them room. We do not make the time to walk a little slower or to hear a slurred phrase. The elders have to be listened to with patience. They are the ones who have left us everything to pass on to those who come after us. The decline would be less painful if everyone who has a relative, friend or neighbour who is a senior to begin by paying attention to them, by treating them as an equal who has things to say, be it with just a greeting or a smile and not underestimate them. 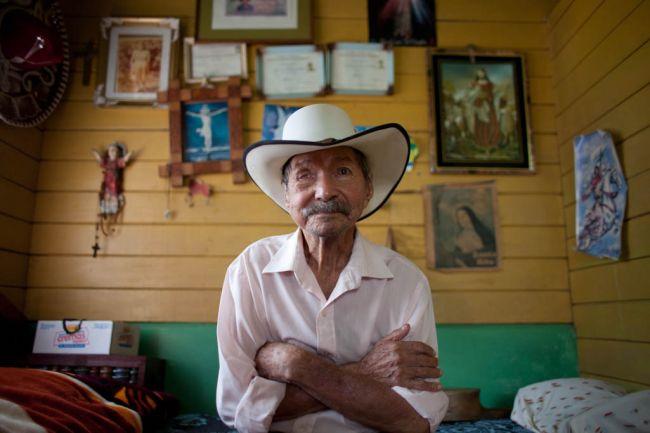 The abandonment of families can come from external problems to them, who may want to care or look after their elderly. However, there are often difficulties in doing so and feel powerless to realize this, and the lack of support for their loved ones.

Some of the obstacles are as follows: the current lifestyle, and lack of time, since the family is dedicated to work, study or attend their “own family”. Lack of economic opportunities, as family members now have families of their own and have to work to keep it in the first instance. On the other hand, there are family problems as merely seeking “revenge” on the part of the children, taking advantage of the weakness of the elderly, in response to the abuse they received from their parents, or, some people abandon their families “in hospitals, where they are admitted for minimum conditions, but they turn away from their families almost immediately, because they do not visit, do not worry about their evolution and often leave no correct data to locate” for convenience only. This in turn has been the product of prejudice facing the elderly, lack of empathy and breaking inter-generational coexistence.

In today’s society, he who does not produce is left behind, as if old age was a hindrance to progress and modernization, which is false, but it’s that the media, for example, has been commissioned to create the negative image of the elderly in society, even in today’s culture. As noted by Diana Cohen Agrest, it is now clear that the demographics indicate a world grown old, and yet culture has fostered more than idolatry powered by external beauty and youth media for “eternal” hiding and even going to reject both the ugliness and old age.

Being old and ugly does not make me less intelligent, educated, experienced, and able to contribute something to society.

To define the effects this demographic change will cause, Oliver Azuara the author clearly states this process is changing the needs of the population since before he was given priority in care for children, from now on the aging population will demand more health services and social security. The adult population has an epidemiological profile with high incidence of chronic degenerative diseases, whose treatment is more prolonged and expensive. This requires more and better trained personnel, infrastructure construction, and increased spending on medicines. In sum, the real resources necessary to maintain the aging population are increasing and will continue over the next years. The aging population will force a substantial allocation of resources, not only in the demand for health services, but also in the area of ​​social security, especially pensions. 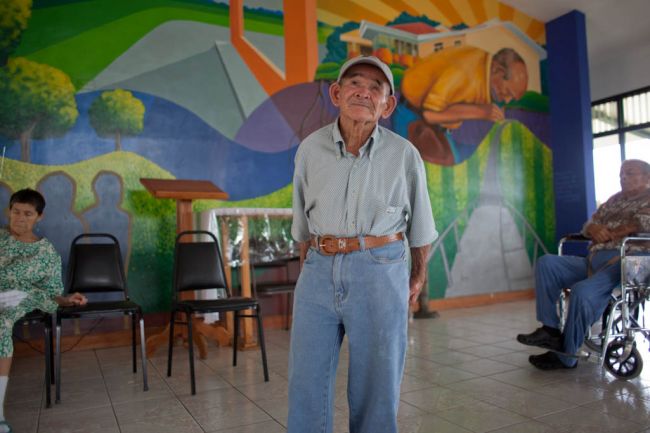 The solution begins to change perspective, stop seeing seniors as a problem and see them as an opportunity. Lacking is promoting education and a mindset that instills respect for the elderly, and to stop ignoring the needs for quality of life and dignity of our elders. Raising public awareness about this opportunity, and stop attacking it through the media, accept aging and regain the admiration and the symbol representing wisdom and experience and that the elderly are fully capable of providing.

Young people should not distance themselves from the elderly, our education should promote generational empathy, to maintain good relations within the family and thus reduce the amount of abandoned of the elderly by their families.

One of the main causes for the abandonment of older people, which is beginning to be seen as another example of social violence, is that the older person and does not have a useful working life and start generating expenses in the family. A situation that causes tension.

Another common case is when the family takes possession of the goods or materials of the elderly, taking advantage of their weakness, forgetfulness or dependence.

I confess that I am old, I am about to turn seventy, but I’ve never felt better intellectually, but my body is showing signs of physical deterioration, and was shocked to see that others like me are abandoned in hospitals when the holidays come, because the family wants to enjoy (the holiday time) without the discomfort of carrying their grandparent with them or send them to the streets to beg so that they bring something (financial) to the house. In most extreme cases, they face physical aggression.

The absence of public policies related to the aging population is one of the barbarities of all governments that have we had so far, the insensitivity of the legislators, criminal distraction of political parties, and the lack of interest by those who gave everything to the country and today we are discriminated against.

Q MAGAZINE - Miss Costa Rica 2020, Ivonne Cerdas, will soon be traveling to Florida to represent the country in the Miss Universe pageant. After...
Latin America

Q REPORTS - Poverty in Latin America increased in 2020 to the highest levels in the last 12 years, reaching 33.7% of the total...
National

QCOSTARICA - For their preparedness to face tsunamis, the communities of Tamarindo and Sámara were recognized by the Junta Nacional Tsunami Ready de Costa...
Greater Metropolitan Area

QCOSTARICA - The images filled the morning news television screen, for no apparent reason, the driver of a big rig begins to beat with...
Living in Costa Rica

QCOSTARICA - The Ministry of Public Works and Transportation (MOPT) announced Thursday that it will grant a grace period for six (6) more months...
Health

QCOSTARICA - A year into the pandemic, the government is throttling back on the press conferences to update the evolution of the pandemic. From the...
Venezuela

TODAY VENEZUELA – The Central Bank of Venezuela (BCV) announced Friday the introduction of three new banknotes: 200,000, 500,000 and one million bolivars. But with...
Health