Blockades raged against a depressed Caribbean 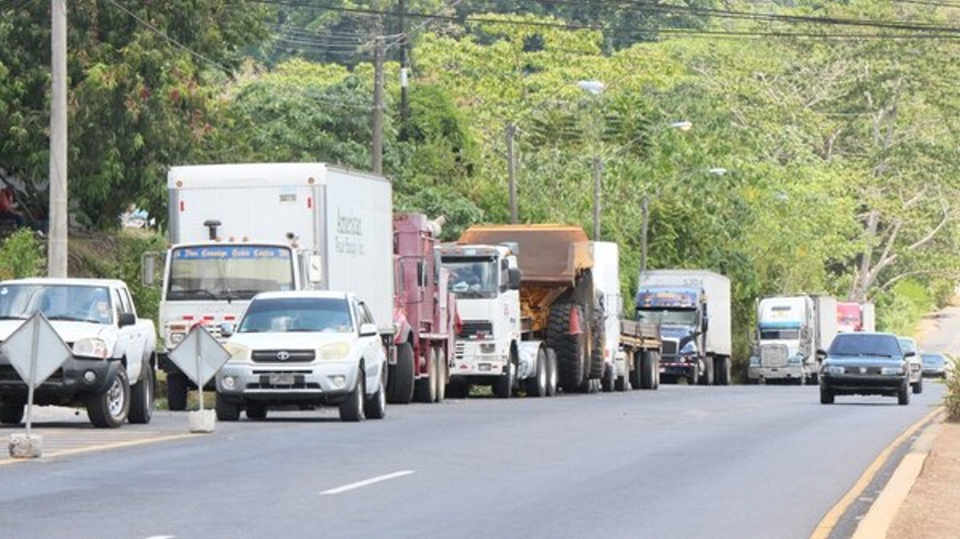 Limón, a province urged by work and economic reactivation, was the most affected by the blockades by truckers, students, trade unions and even residents of the various Caribbean communities.

Port activities for international trade and tourism, key factors in the economy of the region, are among those who suffered the most from the five days of road closures, as stated by the Cámara de Exportadores Costarricenses (Cadexco) – Costa Rican Chamber of Exporters (Cadexco) and the Cámara Nacional de Turismo (Canatur) – National Chamber of Tourism.

The more than 12 hours that hundreds of foreign visitors were trapped on Ruta 32 (San Jose to Limón) by the 15 blockades left consequences.

According to Canatur, of every 10 reservations at hotels in the South Caribbean, eight were canceled as a result of the interruptions, according to inquiries made to hotel and tour operators in that area.

In addition, half of the tourists who had reserved a car to travel to Limón, canceled, reported the Asociación Costarricense de Auto Rentistas (ACAR) – Costa Rican Association of Auto Renters.

This occurs at a time when the government seeks to reactivate the economy of the province by strengthening tourism, after the port model passed into the hands of the concessionaire APM Terminals, because neither the Administración Portuaria y de Desarrollo Económico de la Vertiente Atlántica (Japdeva) – government Port Administration and Economic Development Board, nor the governments of the last decade prepared for this scenario.

Only in the first half of the year, the Caribbean lost at least 800 jobs.

Before the upheaval, the region already had 19,000 unemployed, while 27.4% of households suffer from general poverty, of which 10% in extreme poverty, according to the National Institute of Statistics and Census  INEC).

“It is very painful to see that the Caribbean, which we are strongly supporting to achieve more visitation, has been one of the places most affected by the blockades, mainly Tortuguero and the South Caribbean,” said Tourism Minister María Amalia Revelo.

Operators in Tortuguero, for example, had to pay for internal air transfers, so that American tourists would not miss their flight back home, Canatur reported.

Other nearby areas also were affected. A Sarapiquí tour operator reported losses of about US$120,000 in three days for cancellations in rafting packages.

Losses were also by sustainable tourism businesses throughout the country, reported the Ecotourism Chamber.

The Tourism Minister acknowledged that these events not only impact the tourist who is already in our country, but also those travelers are looking at Costa Rica as a possible destination.

“Of course all the negative news has an impact on the (country’s) image. We cannot minimize what has happened, however, I believe that for this reason, it has been possible to manage it by seeking dialogue and seeking peace,” she added.

Losses will continue to increase. For example, national exporters and importers that depend on the port activity in Líimon had damaging economic effects that are yet to be calculated.

Whole productions of fresh and frozen products that deteriorate after losing the cold chain going to Limón were lost in the blockages because the refrigerated containers ran out of fuel. Cadexco still does not have a definite number, but the initial calculation is estimated US$10 million dollars per day.

According to reports, ships sailed out of the port of Moin without loading the export cargo, as it didn’t reach the port in time due to the roadblocks. According to the Promotora del Comercio Exterior de Costa Rica (PROCOMER), the country exports about 500 containers of pineapple a day – the country’s main agricultural product. Exports of other products amounted to a similar number, which means the country has been unable to export nearly 1,000 containers a day.

Laura Bonilla, president Cadexo, said that the losses cannot be quantified until the products reach their destination.

“The products will be exported a week late and some will possibly arrive in bad condition, so that, until after the container arrives at its destination and is reviewed by the client, it will report the quality with which it arrived, allowing each exporter to quantify exactly the value of the losses,” she said.

Bonilla added that situation was very alarming because the blockades began without prior notice, which prevented exporters from taking measures.

Add to the cost the extraordinary costs incurred by importers in the purchase of fuel, loss of products, customs and other expenses that will be transferred to the final customer, which will result in an increase in the prices of international products.

“With all this we can say that the big loser was Costa Rica as a whole, some companies will close or reduce their volume due to lack of market, jobs have been lost or will be lost and imports themselves via Límon was more expensive to importers this week, that which will be passed on to consumers in the final price,” said Bonilla.

But the losses were not only in Límon. Although the Ruta 3232 was the one with the highest number of blockades, other areas also suffered from the protests and obstructions to major roads.

One of these was San Carlos, where 60% of the country’s milk is produced.

There, the impossibility of moving the product caused that per day some 590,000 liters milk was lost, according to estimates made by the Cámara Nacional de Productores de Leche (National Chamber of Milk Producers), a value of ¢170 million colones.

The loss would have been greater it wasn’t for the risk many truckers used roads normally traveled by tractors to get their product to the cooperatives.

Other areas affected greatly by the protests and blockades were Pérez Zeledón and Palmar Norte de Osa.

- Advertisement -
Paying the bills
Previous articleWord Of The Day: Pusillanimous
Next articleIVA Gamez 2019!

QCOSTARICA - The Minister of the Obras Públicas y...
National