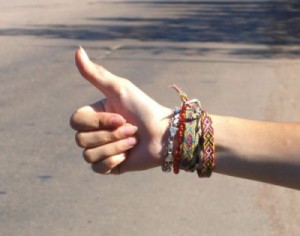 “Mendigar” or “pedir limosna”, are the words in Spanish for begging or panhandling. And these are that words that describe the shameful act of our presidenta, Laura Chinchilla, that goes globetrotting, hitching rides on planes from other governments.

And this has been on going during the four years her administration, though we are really only seeing it publicly after last year’s snafu of using a private plane, with alleged ties to drug traffickers, for an official visit to Perú on the Monday, but attending a private wedding ceremony two days before.

That incident forced the presidenta to issue an order banning the use of all private planes by government officials, save for an emergency.

Since then, where flying commercial is beneath her, we’ve seen Doña Laura hitch rides to Colombia, Panama and back to Costa Rica via Mexico. But the last one takes the cake.

On Sunday the presidenta travelled to Honduras, to attend the inauguration of that country’s newly elected president, a stop before making her historical visit to Cuba.

By all accounts the presidenta was travelling commercial. But she arrived in Cuba by way of an Honduras government plane. Yes, the Honduran Foreign Minister was also headed to Cuba, so, like the good “mendiga”, she hitches a ride.

This surely must have thrown for a loop the Cubans waiting the arrival of president of Costa Rica, a visit that has not occurred in more than 50 years, stepping off an “official” plane from Honduras. It would have certainly made my head spin if U.S. president Barack Obama has stepped off an official Canadian plane – Canada One? – on his visit to Costa Rica.

My question now is, how will she get back home? And with the title of pro tempore president of the Community of Latin American and Caribbean States (Spanish: Comunidad de Estados Latinoamericanos y Caribeños, CELAC), whose 32 other member countries, by all accounts, have some sort of “presidential” or “official” airplane. 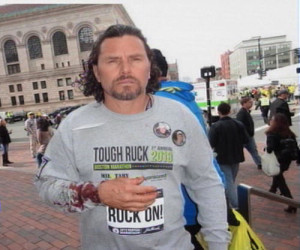 And while I’m at it, Doña Laura, what about giving Carlos Arredondo the recognition he so rightly deserves. The world witnessed his heroism. The First Lady of the United States made sure he was honoured, inviting him to the White House for the President Obama address to the nation.

Wouldn’t it be, as one Q reader puts it, “a classy act by an outgoing president”.

- Advertisement -
Paying the bills
Previous articleVillalta Files Complaint of Businesses Pressuring Their Employees To Vote Against Him
Next articleRaúl Castro tells Celac summit: fight poverty and freeze out the US

QCOSTARICA - An eight-year-old boy who had no risk...
Economic Recovery