TODAY COLOMBIA  – Colombia’s capital Bogota was surprised on Sunday by a major hail storm that covered the south of the city with a 60 centimeter (24-inch) layer of icy snow.

The excessive hail caused a number of emergencies across the city.

The most affected were Santa Isabel, La Fragua and El Restrepo.

The Bogota Fire Department reported that rainfall “generated water depths of between 15 and 20 inches accompanied by ice”. However, no cases of gravity are presented.

The first census said at least 500 homes were affected. Late into the night Sunday, backhoes worked on the streets to remove the ice.

Among the most serious events was at a parking lot where the roof collapsed and trapping four adults and three children, rescued by firefigthers.

Entire streets became either covered in ice or formed rivers, while rooftops were damaged and trees fell down.

“Fortunately there are no victims, just material damage,” Javier Pava of the Bogota Disaster Rick and Prevention unit was quoted as saying by newspaper El Espectador.

The unit was called to rescue four people from a parking garage where the collapsed roof was impeding the victims from leaving. 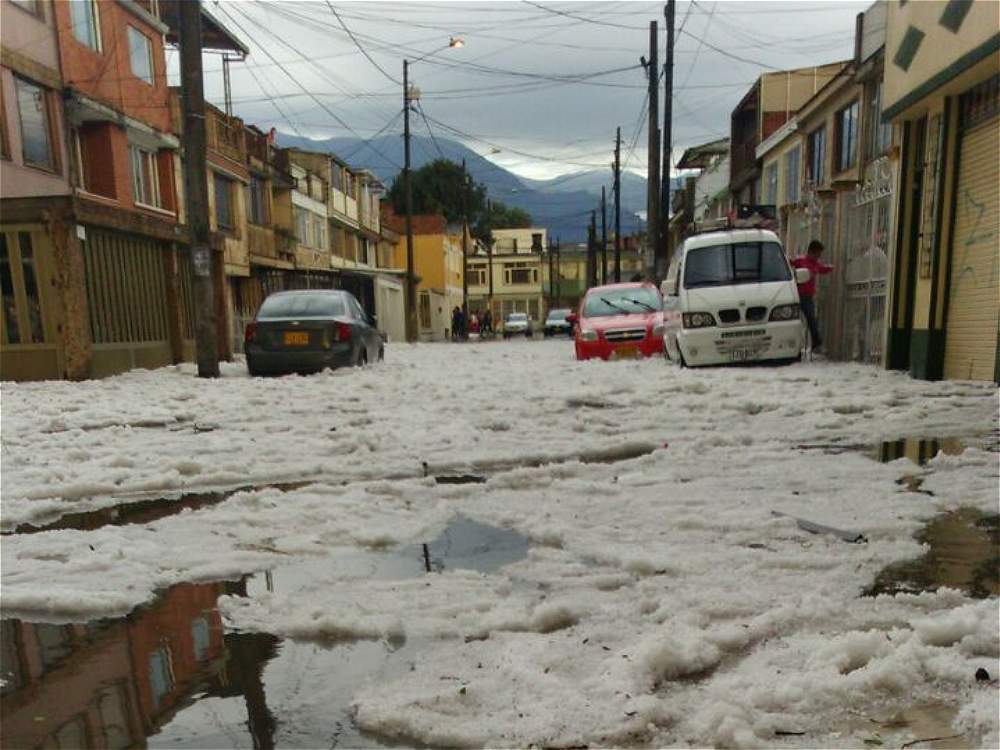