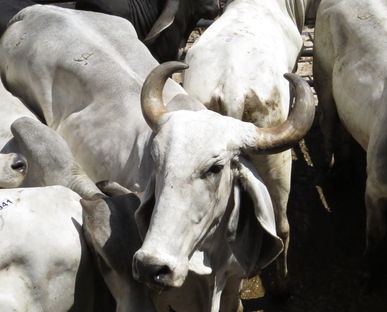 From a statement issued by the SENASA:

The National Animal Health Service (SENASA), at the Ministry of Agriculture, has detected an outbreak of bovine paralytic rabies in a farm located in Puriscal, in the district of Mercedes Sur, specifically in the village Quebrada Honda, in the Province of San Jose, where a bovine has died.

Given this situation, and in order to protect the health of people and animals, SENASA has established sanitary and quarantine measures in the affected farm, where there is an exposed population of 65 cattle and 2 horses. In addition the capture of bats is being undertaken in the area in order to lower the existing population of this flying mammal, because it is the most important vector for the transmission of this disease.

The SENASA added that it captured bats, because these mammals carry and transmit the virus to animals and humans.

“Rabies is spread by infected saliva that enters the body through a bite or broken skin,” says the online site MedlinePlus, a service of the U.S. National Library of Medicine.

The SENASA advises avoid contact with sick animals showing symptoms such as drooling and seizures; bury the bodies of infected animals and to report all suspected cases to their closet offices.

In 2014, the Ministry of Health (Ministerio de Salud) reported the deaths of two children: a boy in Osa (in the Southern zone) and a second death of a child who contracted the virus outside the country in Nicaragua, but died on Costa Rican soil.