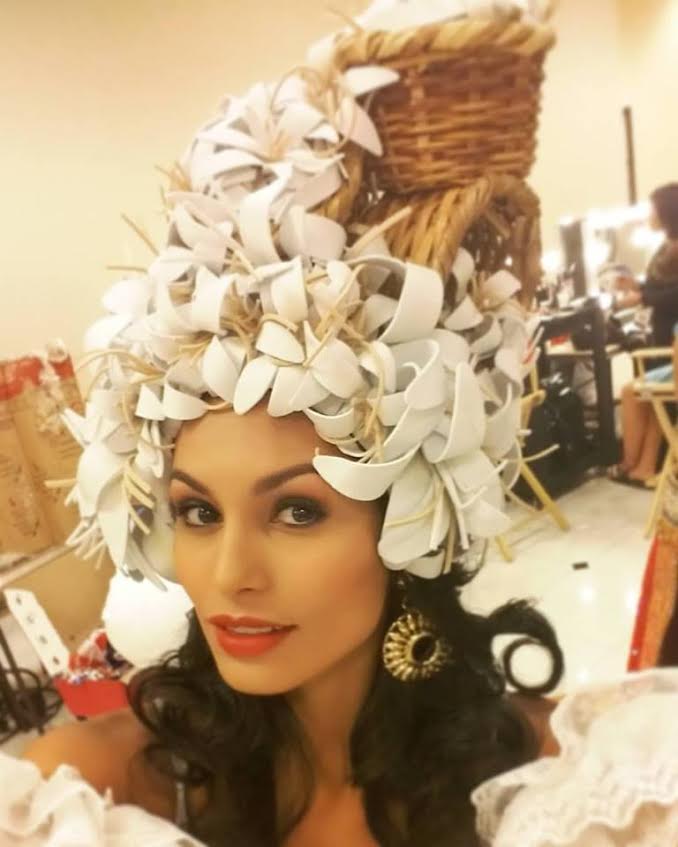 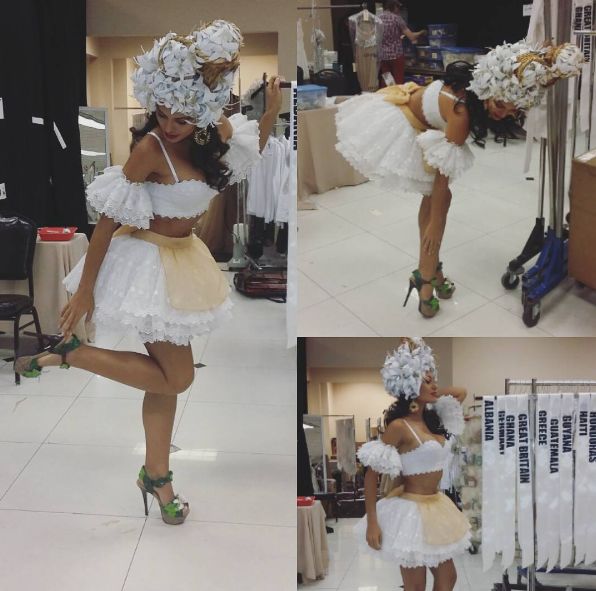 QCOSTARICA EXTRA – Inspired by the coffee, designed by Manuel Mamilo Sancho, is the dress the 23 year old native of Guapiles, Brenda Castro, will represent the country at the Miss Universe pageant in Las Vegas on December 20.

“Hi Costa Rica, I present you my national costume, it’s from coffee. What do yu think?,” posted the Costa Rican on her instagram account.

In an interview published in Viva by La Nacion before traveling to Las Vegas, Castro said she hoped the dress will be to the liking of the Miss Universe Organization, as well as all Costa Ricans.

Earlier this year, Miss Costa Rica organizers decided to boycott the Miss Universe as long as Donald Trump was involved in the pageant. In September, Trump distanced himself from the Miss Universe organization, allowing Brenda to participate.

The 2015 MISS UNIVERSE Pageant will air LIVE on Sunday, December 20th on FOX.

Brenda Castro was born in the city of Guápiles, Limón Province. She is currently studying psychology at Universidad Latina. Brenda’s grew up in a large and loving family where she learned her core values. Brenda started modeling at age 15.

After winning numerous titles, she decided to devote her time to preparing for and participating in the Miss Costa Rica pageant. Brenda is a loving person, has great leadership skills and is very committed to reaching her goals.