Bull Riding: A Tradition and a Vice 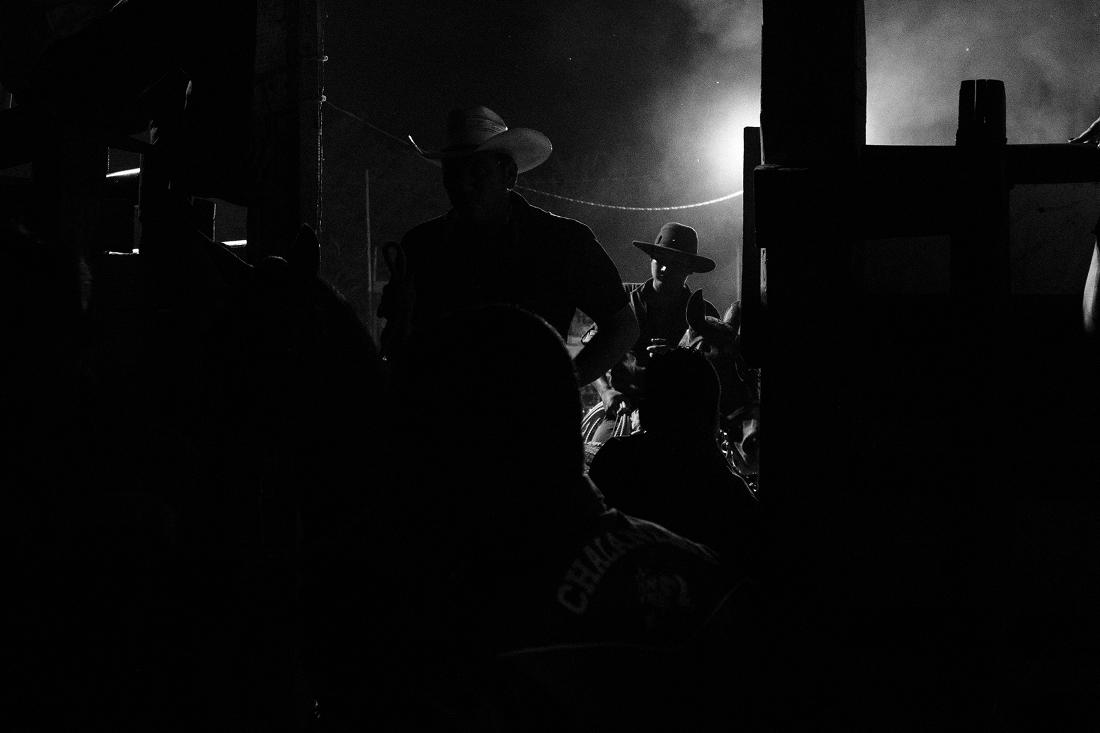 Q COSTA RICA (by David Bolaños, Vozdeguanacaste.com) Gambling your life on an angry half-ton bull requires practice. For Dylan Rodríguez, a member of the group Los Bajureños, that practice happens in his grandmother’s patio on a rusty barrel underneath a star fruit tree next to the latrine.

Los Bajureños are a group of young people who carry on a Santa Cruz tradition they say runs through their blood: traditional bull riding.

Dylan, 18, began his journey in the world of bull riding while still in kindergarten, according to his mother, Mirna.

“When he was (young) like that, I was against the idea. But what could I do? His father was always a bull rider,” she says.

Dylan’s father, don Wálter, is founder and teacher of the nearly 40 youngsters who dare to learn the art of bull riding in Los Bajureños, their ages ranging from 16-20.

A traditional bull rider is a brave soul who dares to hang onto a strap with two hands and work with a pair of spurs and leather strap on top of a bull.

Essentially, traditional bull riding is the art of scarcity: scarcity of helmets and vests, above all. Nevertheless, few bullrings still permit riders to compete without protection.

This is not a sport practiced for money. Those who organize riding events pay on average ¢10,000-¢15,000 for each ride, and that amount doubles on weekends.

For the young riders, bulls are a vice.

“It’s an addiction, because it’s very hard to stop. You start as a kid. My dad was a bull rider and my grandfather before him was,” said Kevin “Pato” Contreras, 19, who has a 1-year-old son named Ian.

Bullrings are like the eye of a hurricane at Guanacaste’s festivals. Entire families fill the rings’ bleachers to watch youngsters attempt to tame the bulls, and to witness tradition.

—Is it different riding in Guanacaste?

“Of course. People already know the environment,” Pato responds. “In other places, people don’t know the style very well. Here, people do know, and kids will ask us which bull we have to ride.”

“Look, I tried to stop bull riding when she [his girlfriend] became pregnant. I lasted 10 months without riding, but I couldn’t stay away. The environment at festivals unsettles you. It’s like it’s pulling you,” Pato says.

Except for the presence of a professional team of safety workers, traditional bull riders preserve and repeat scenes that easily could have been seen a century ago in Guanacastecan bullrings. That’s why we’re publishing these photos, from December 2016, in black and white.

In traditional bull riding, risk is a tradition.

This article originally appeared on Vozdeguanacaste.com and is republished here with permission.

- Advertisement -
Paying the bills
Previous articleNicaragua Air Travel Growing
Next articleThe Before, During and After of Staying Hydrated While Surfing

Writing every day is not just good for your...
Dollar Exchange