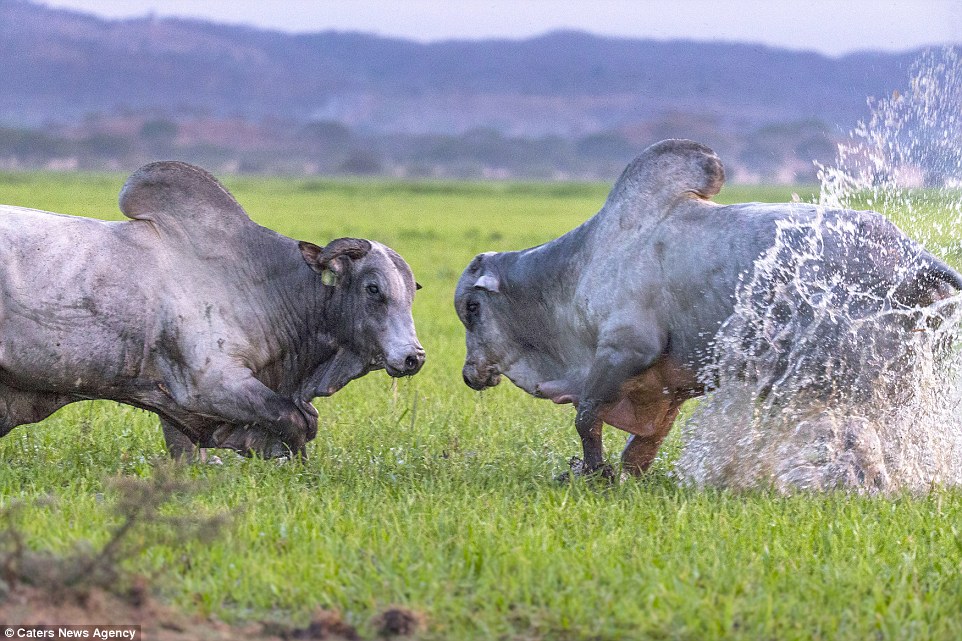 (QCOSTARICA) The amazing photographs by French wildlife photographer Christophe Corteau, show a real clash of the Titans between two heavyweights. 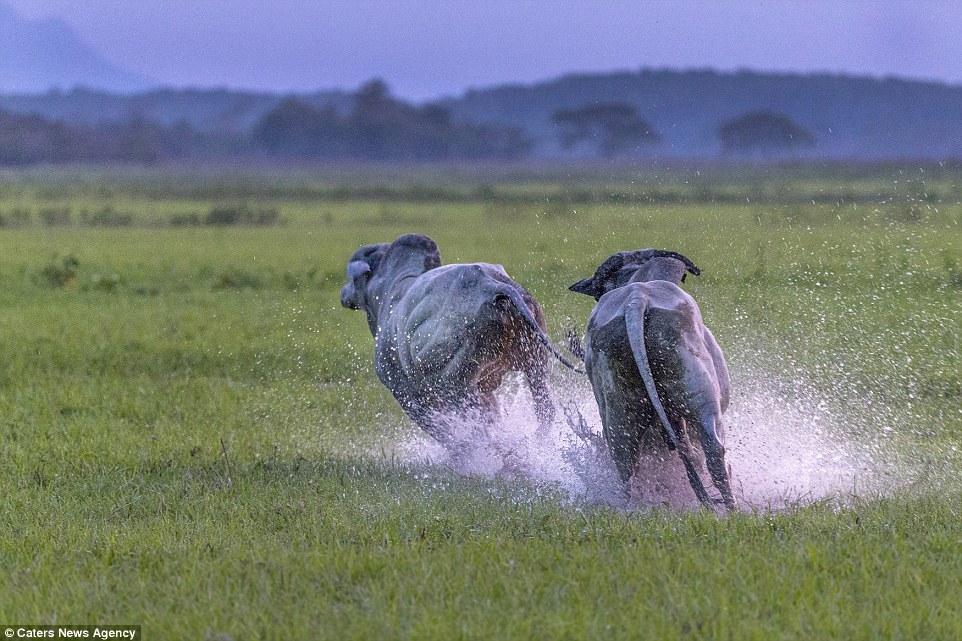 Two bulls were engaged in a brutal head-to-head showdown in a fight for dominance and with it – females of the herd. 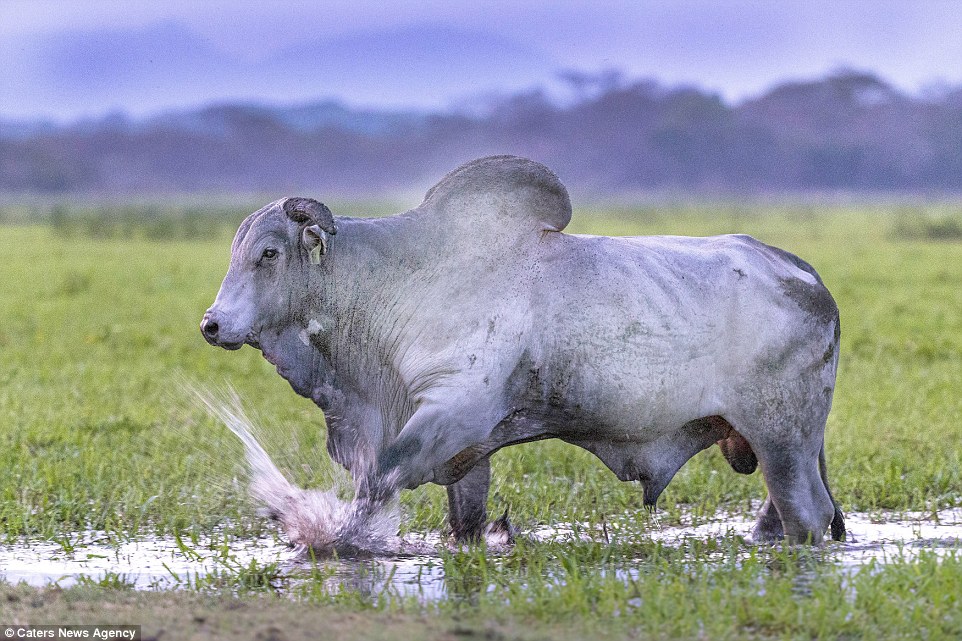 The action unfolded at the Hacienda Solminar Lodge in Costa Rica in April where the beasts clashed again and again in a show of power and strength. 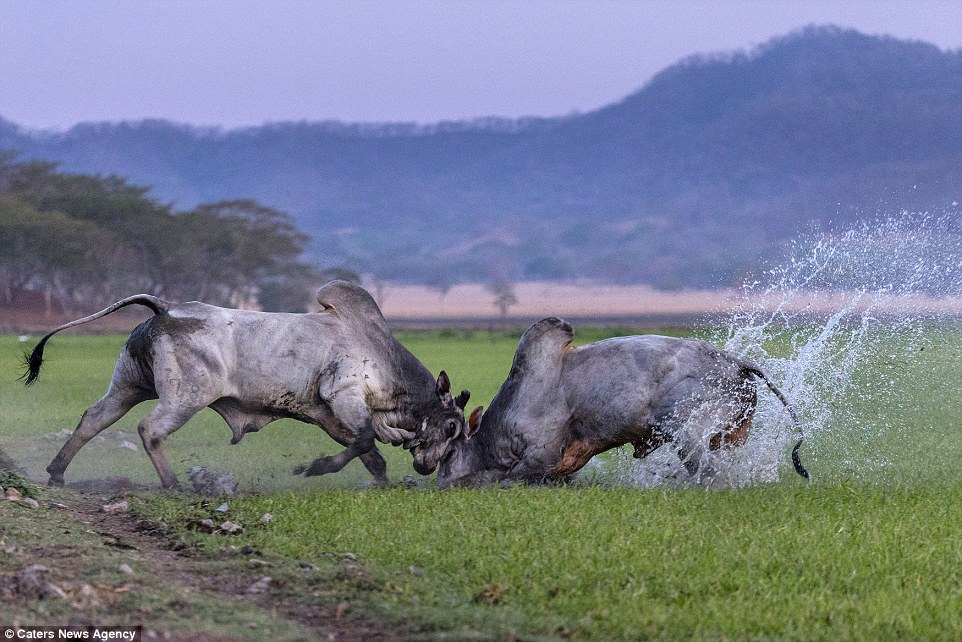 Finally, one bull emerged as the victor and chased off his stocky rival before triumphantly returning to his herd. 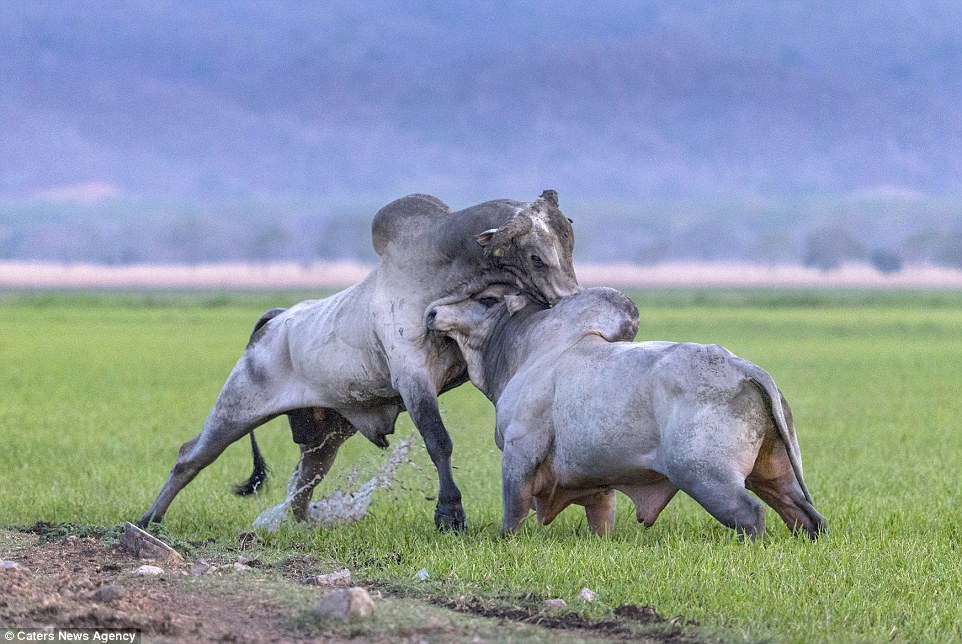 Corteau, 46, says he was fortunate enough to witness the melee and captured it on camera for the world to see. He said: ‘We were visiting a reserve full of water birds when we bumped into the bulls at dusk.

‘They were already engaged when we saw them, head against head.’ 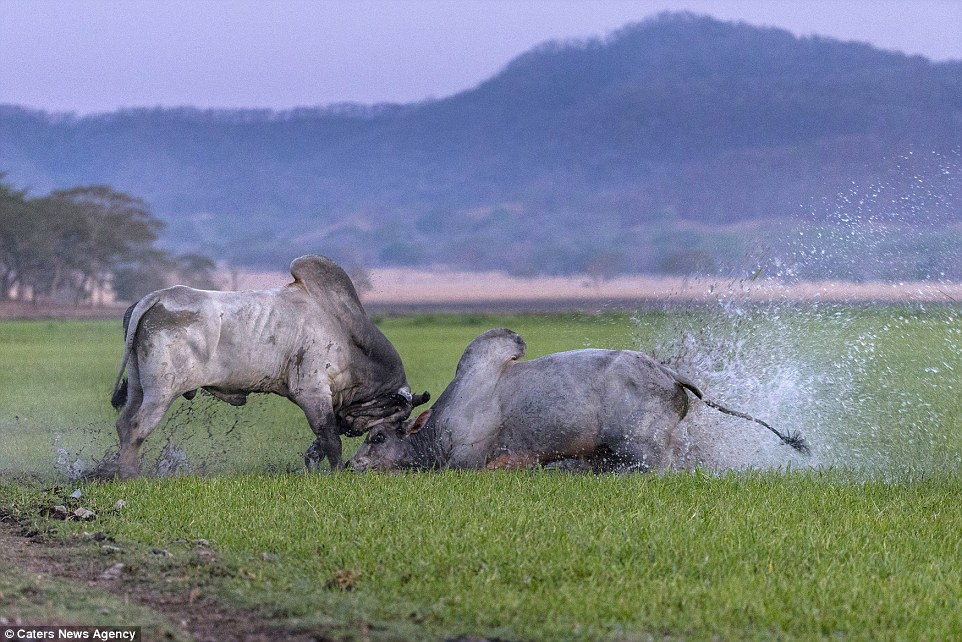 The two beasts traded blows for five long minutes before a clear winner emerged and Christophe said the unpredictable nature of the action led to fears for his own safety. 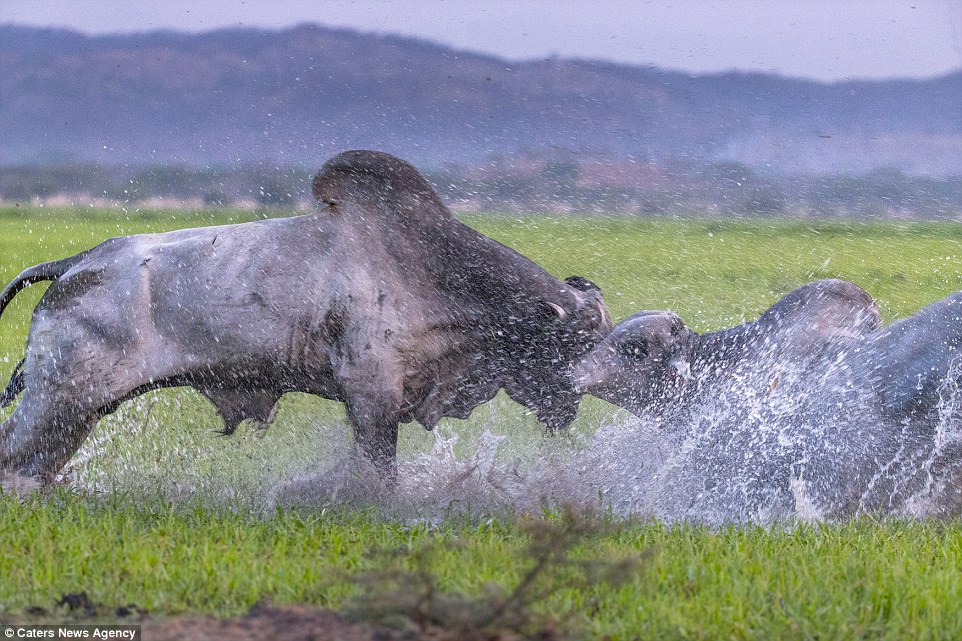 ‘I watched them carefully 20 metres away, because you never know how they could react to your presence and could possibly charge,’ he said. 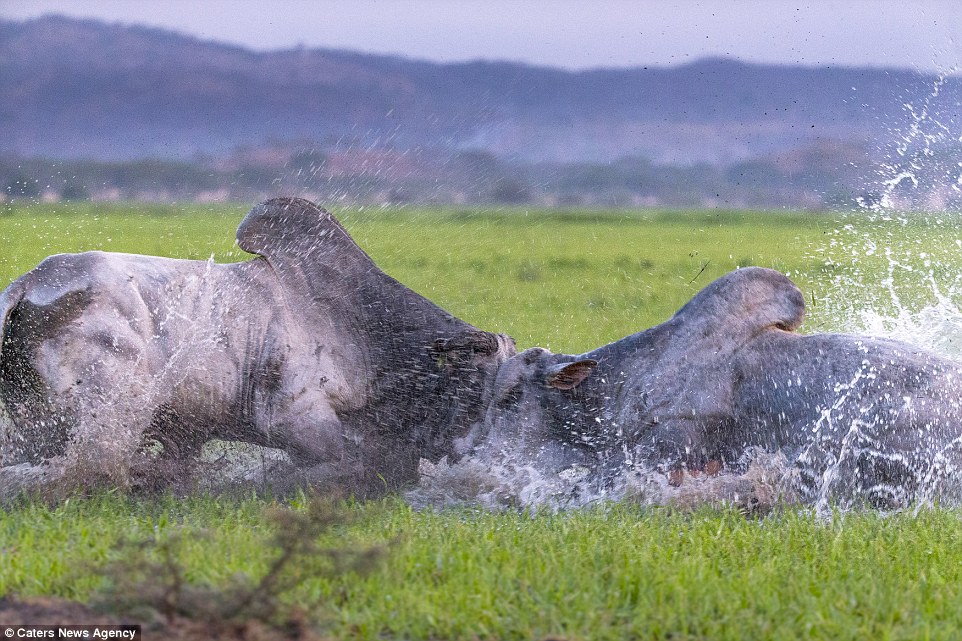 ‘I was extremely impressed by these two big and powerful animals, fighting to keep their females and territories.’