Cabletica user? This may interest you

For the better part of Wednesday, thousands of users of Cabletica internet experienced problems with the service: no Internet connection. 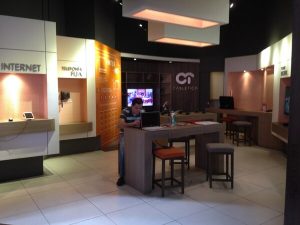 According to the company, during the early hours of Wednesday, they experienced “interruptions in some Internet services due to a failure (…) a problem with the power supply equipment,” as confirmed by the Cabletica Regulación y Comunicación Management.

The service was not restored fully – to 100% of users – until later in the afternoon.

Since, the company has not issued any statement or explanation to its users. Nada. Zilch.

The Q is on the Cabletica network. Problems were experienced first around 1:30 am when the Internet connection was down for about 30 minutes. The big problem began around 9:30 am, at least on the west side of San Jose. By 11 am service had not been restored and was confirmed that it was Cabletica wide, not even the Cabletica.com website was available, Calling in was impossible, the customer service lines saturated.

Cable tv service was not affected.

QCOSTARICA - Emilia Navas will not be removed from her position as attorney general, after calls for her to step down due to her...
HQ