"Do not see it as censorship, but as an absolute discipline," the president's chief of staff told the institutions' communication directors on Tuesday; 'It was horrible,' recounted one meeting attendee. 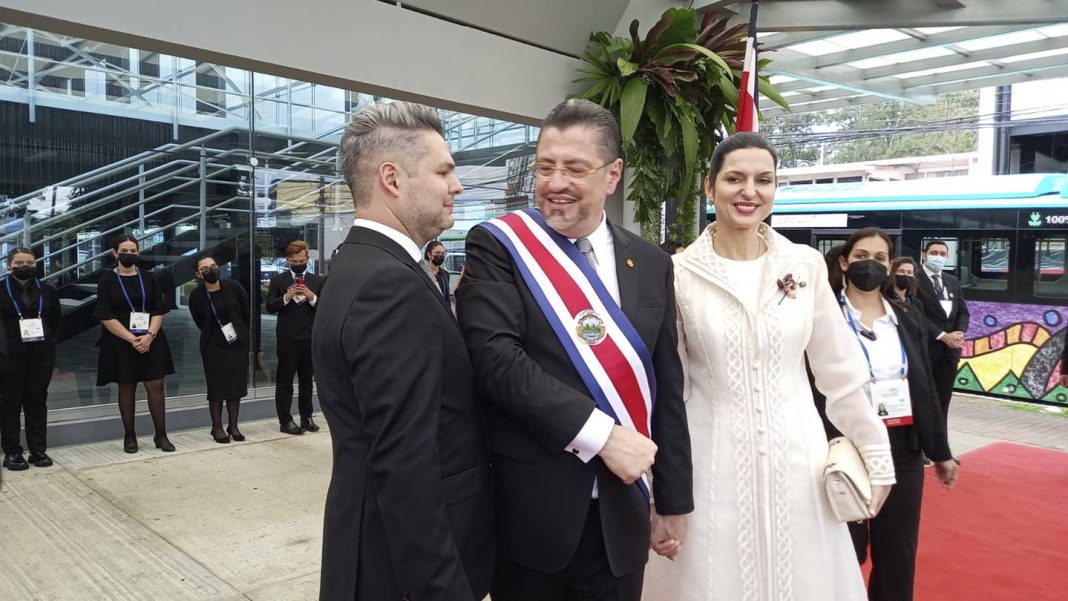 QCOSTARICA – Jorge Rodríguez Vives, head of the Office of the President, ordered this Tuesday the Communication directors of public institutions to limit the flow of public information.

“Don’t look at it as censorship, but as absolute discipline,” he told the assembled officials at 10:30 am in the auditorium of the Presidency, in Zapote, San José.

“It was horrible,” said one of those present. “It was a combination of authoritarianism and populism,” he added.

Monday night, Casa Presidencial summoned all the heads of Communication of ministries and decentralized institutions to a meeting, in principle, to coordinate the communication work. The officials were received by the Minister of Communication, journalist Patricia Navarro Molina; and the Press Director of the Presidency, Armando Gómez.

Then the president’s chief of staff appeared and spoke.

“It was to give us a line of communication: the media is our enemy; we need absolute discipline; the enemy is outside and you know who it is,” said a second source who attended the meeting and described the meeting as “pathetic.”

Two other witnesses confirmed what happened.

“It can’t be interpreted any other way,” said third source. “I think that was not the purpose of the meeting”.

The fourth source agreed: “Just like that, ‘don’t see it as censorship, but as an absolute discipline.'”

La Nacion was clear that the identity of the four sources remains anonymous, for obvious reasons, but all direct Communication offices in ministries and autonomous and decentralized institutions were in the auditorium.

“I clarify that these phrases did not come from the minister, but they did amaze me and even seemed shocking to me. Really, everything was fine until that man asked to speak because the minister’s line was never confrontational.” This source stressed that, in response to the words of the head of the president’s office, “neither the minister nor anyone said anything, everyone was silent.”

“I still don’t understand what the president’s chief of staff was doing in that meeting with only journalists. It was an attitude of arrogance, of absolute discipline in these matters. He said that “the press does not want us and we are going to refer to the citizens,” urging us to give journalists the basics, the first source cited in this article added.

“She (Minister Patricia Navarro) said that we should not be afraid of the press. What she said was very light, but Jorge Rodríguez spoke very vehemently. He stole the show from the minister.

An article published by Crhoy.com also reports that, at the meeting, it was ordered to restrict the contact of public officials with journalists and to apply the policy of only allowing one question per communication medium, without the right to cross-examination.

Both La Nacion and Crhoy said they tried to speak with the Minister of Communication about what happened this Tuesday, but received no answer from the WhatsApp messages and emails.

After the meeting, Casa Presidencial sent the communication directors of the institutions a minute of the meeting in which the words Jorge Rodríguez Vives are not mentioned.

Instead, instructions such as the following are cited: “Cooperate and not censor: Comply with a coherent discourse, avoid contradictions, coordinate with the Ministry of Communication.”

Jorge Rodríguez Vives, 37, is a figure close to President Rodrigo Chaves. He was his Deputy Minister of Revenue when the current president served as Minister of Finance, in the government of Carlos Alvarado. Previously, he had been a specialized adviser on social dialogue for the Presidency, in 2019.

Also, he was presidential adviser from 2008 to 2010 during the government of Óscar Arias and director of International Cooperation of the Ministry of Economy, Industry and Commerce (MEIC) from 2010 to 2014, in Laura Chinchilla’s administration.

In its government plan, the Partido Progreso Social Democrático (PPSD) proposed “total openness to the press, academic bodies and the general public to evaluate public management.”

Cisneros overrules the head of the Office of the President

Legislator Pilar Cisneros, head of the PPSD legislative faction and the person said to have shined the public light on Rodigro Chaves to get him elected, discredited Jorge Rodríguez Vives, head of staff of President Rodrigo Chaves.

Cisneros, who for many years was the face of journalism in Costa Rica, anchoring Telenoticias television news, denied that there is a government line in this regard.

“Look, that is not a government line. If the president or the Minister of Communication had said it, it would be a line of government, but said by an official who has no authority or competence to comment on it, forgive me, but it does not seem to me that it is a line of government,” declared the legislator to AmeliaRueda.com.

Pilar Cisneros added that this Wednesday she will talk about the issue with President Chaves because, in her opinion, there should be free access to public information.

Asked about the reactions on the part of the media, Pilar Cisneros stated: “It seems to me that the press should be completely open and that you have the right to ask, the public has the right to know.”

This is how the leaders of the opposition faction reacted:

“I am very concerned with these reports from the Presidential House. The defense of freedom of the press and freedom of expression must be absolute.

“It is quite worrying that this is happening. In fact, it is not the first time; in recent governments, there have been several attempts to limit the work of the press; this is absolutely reprehensible, unacceptable and I hope that the Presidential House will rectify that decision.”

Fabricio Alvarado, leader of the Partido Nueva República (who came ‘this close’ to being president in 2018:

“It is worrying, a bad sign in a country that prides itself on defending freedom of expression and the press. As a journalist, I can’t agree. We will ask the Government for a retraction because the country deserves to be informed through the media. No one expects a closed-door government.”

“It’s a barbarity; They may point out that it doesn’t look like censorship, but it certainly is. They are limiting the communication of matters of public interest. Those in charge of Communication are not in private affairs, but in the public interest.

Daniela Rojas, head of a fraction of the Partido Unidad Social Cristiana (PUSC): “We are going to talk with the faction leaders to make a joint call for this attitude to stop. If that really happened, I find it unacceptable that they try to limit access to information to the media.

For his part, the press officer of Rodrigo Arias, president of the Legislative Assembly and legislator of the Partido Liberacion Nacional (PLN), the party that holds the most seats in Congress, indicated that he awaits clarification from the Executive Branch before referring to the issue.

RICO's DIGEST. How many times, driving in the wee...
Colombia