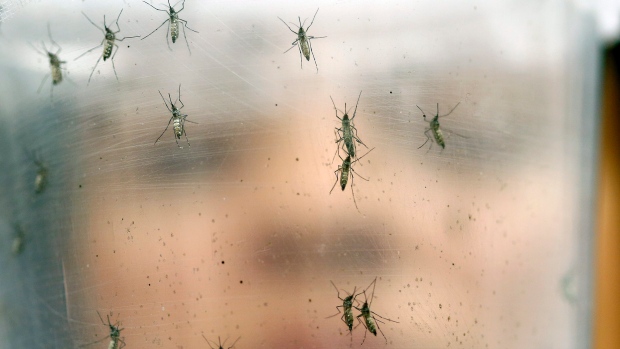 QCOSTARICA | Health authorities have added eight tropical destinations to a travel alert about an illness linked with a severe birth defect and spread by mosquitoes.

The updated alert issued Friday by the Centers for Disease Control and Prevention brings the total to 22 destinations, most in Latin America and the Caribbean, where there have been outbreaks of the Zika virus.

The new locations are Barbados, Bolivia, Ecuador, Guadeloupe, Saint Martin and Guyana; Cape Verde, off the coast of western Africa; and Samoa in the South Pacific.

The CDC says pregnant women should consider postponing trips to these destinations because the virus has been linked with microcephaly. Affected newborns have unusually small heads and abnormal brain development.

All travellers to these areas are advised to take precautions, including using repellent and wearing long sleeves and long pants, to avoid mosquito bites.

The CDC says people who do develop symptoms should tell their doctors where and when they travelled.

Zika virus is spread to people through mosquito bites. The most common symptoms of Zika virus disease are fever, rash, joint pain, and conjunctivitis (red eyes). The illness is usually mild with symptoms lasting from several days to a week. Severe disease requiring hospitalization is uncommon.

In May 2015, the Pan American Health Organization (PAHO) issued an alert regarding the first confirmed Zika virus infection in Brazil. The outbreak in Brazil led to reports of Guillain-Barre syndrome and pregnant women giving birth to babies with birth defects and poor pregnancy outcomes.