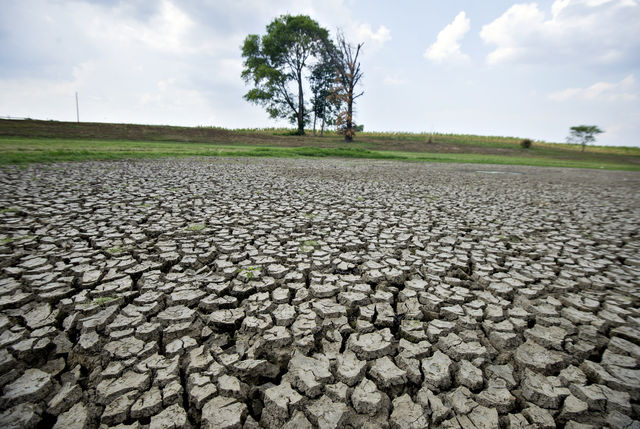 (EFE) The El Niño weather phenomenon is causing the worst drought in 30 years in Central America’s Dry Corridor, one of the world’s most vulnerable spots for unstable weather conditions.

Since 2012, the rains have been avoiding Central America and the drought has caused local farmers to lose their harvests in 2013, 2014 and 2015, destroying between 70 percent and 80 percent of the corn and bean crops, staples of the local populace, experts Guido Calderon and Ivan Aguilar told EFE.

This issue and others will be discussed on Tuesday at the regional forum on the drought’s impact and other adverse effects of climate change, an event being held in Guatemala prior to the World Humanitarian Summit in Turkey on May 23-24.

The forum will provide the opportunity to discuss impacts, forecasts and needs arising from potential humanitarian crises facing Central America, which have led to a systematic lack of jobs, an increase in food insecurity, the spread of plagues of weevils and blight, along with the spread of dengue, malaria and Chikungunya.

Aguilar said that it is a “complex” situation that has no easy solution, and Calderon added that it cannot be solved only by money, requiring the “political will to want to deal with the problem.”

“The governments of Central America don’t want to acknowledge that the area is highly vulnerable. The fact that it’s raining now doesn’t solve the problem,” said Calderon, who is of Salvadoran origin, adding that the region’s fragility is due to unequal wealth distribution, lack of governments’ ability to respond to crises and weaknesses in local education and health systems, among other things. EFE