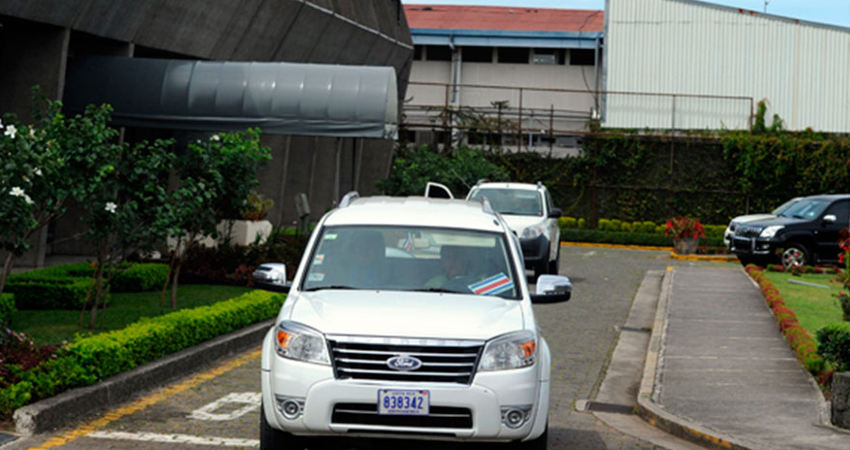 COSTA RICA NEWS – One of the items touched on by President Luis Guillermo Solís in his 100 day report Thursday night was the previous administration losing 117 government vehicles.

In a letter by the deputy minister of the Presidency, Gustavo Alvarado, sent to the Instituto Nacional de Seguros (INS) – state insurance institution, in January it shows that the Laura Chinchilla administration (2010-2014) knew of the missing vehicles.

Alvarado’s letter to the INS was to ask the state insurer for an extension on the payment of the Marchamo, the annual circulation permit, on vehicles “converted to scrap and others that cannot be located.”

The letter sent four months before the end of its term, it appears the government knew of at least 76 vehicles missing.

This morning, Friday, the former ministro de la Presidencia of the Chinchilla administration, Carlos Ricardo Benavides, said that before leaving office on May, the previous administration had managed to find about 70 of the lost vehicles.

In addition, Benavides came to the defense of the Chinchilla and Arias (2006-2010) governments, saying that no vehicle of Casa Presidencia had been unaccounted for during those two administrations.

Today, Thursday, June 10, only ODDS can circulate. The measure is countrywide and applied between 5:00 am and 9:00 pm, save for those under the...
Coronavirus