Chinchilla Disturbed By US Spying On Costa Rica 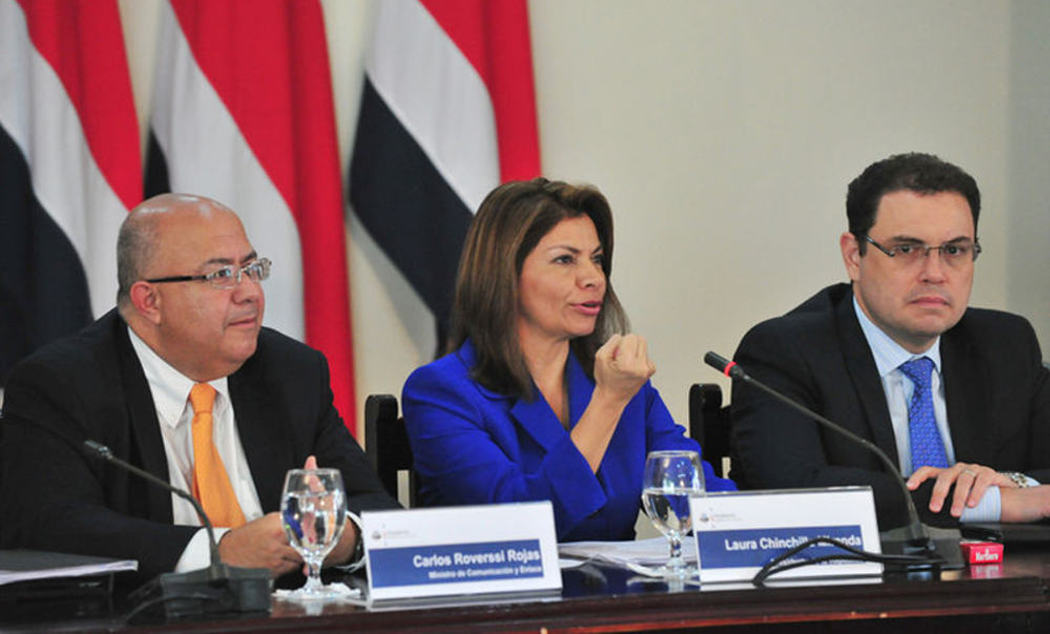 Presidenta Laura Chinchilla was fuming Tuesday, saying publicly “no me gusta” (I don’t like it) following reports by the Brazilian newspaper O Globo that Costa Rica is among the countries spied on by the United States.

“I as a Costa Rican of a disarmed democracy, as is Costa Rica, I am disturbed by this, I don’t like it…” was among the comments by Chinchila during a press conference on the subject.

Amid the scandal sparked by allegations of Edward Snowden, the newspaper said that according to documents from the National Security Agency (NSA) spying actions were performed also on Latin American countries. 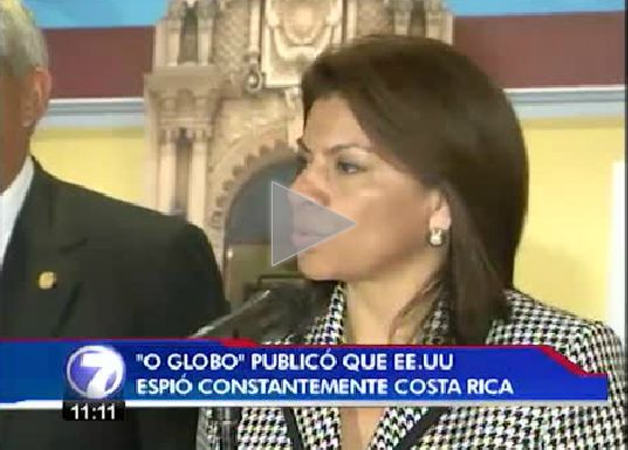 The newspaper said Costa Rica was under constant surveillance by the Americans.

The news of the US spying activity was taken hard by Costa Rica officials Tuesday morning, learning that the “Switzerland of the Americas” was the target of US electronic surveillance.

According to O Globo, the spying on several Latin American countries has been ongoing since 2008 to present day.

Erdward Snowden, a former technical contractor for NSA and a former employee of the Central Intelligence Agency (CIA) leaked the information, primarily to Glenn Greenwald of London’s The Guardian, in spring 2013 while employed as an “infrastructure analyst” at NSA contractor Booz Allen Hamilton. The Guardian in turn published a series of exposés in June–July 2013 and revealed programs such as the interception of US and European telephone metadata and the PRISM and Tempora Internet surveillance programs.

Prism supposedly allowed the NSA access to emails, telephone calls, and online conversations via Facebook, Google and Microsoft, among others.

According to O Globo, the NSA targeted most Latin American countries in its spying programs, with Colombia, Venezuela, Brazil and Mexico ranking among those of highest priority for the U.S. intelligence agency. The newspaper said the NSA programs went beyond military affairs to what it termed “commercial secrets”, that included petroleum in Venezuela and energy in Mexico.

O Globo also reported this week that the CIA and the NSA jointly ran monitoring stations to gather information from foreign satellites in 65 countries, including five in Latin America, citing documents dating from 2002 leaked by Snowden.

The so-called Special Collection Service operated from the capitals of Colombia, Venezuela, Panama, Mexico and Brazil.