Chinchilla In Colombia To Sign Full Membership in Pacific Alliance 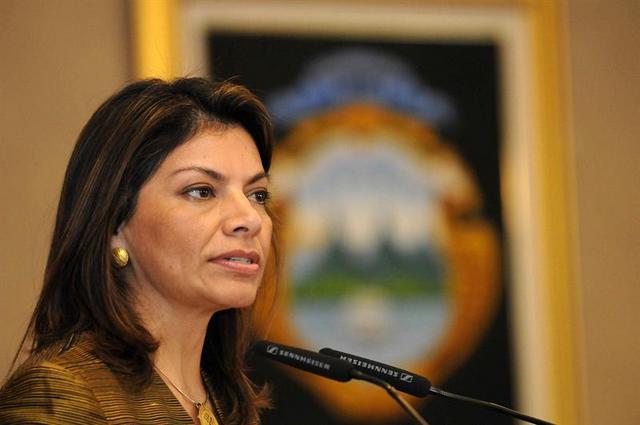 Costa Rica is not yet a member of the Pacific Alliance. Tthe Presidenta’s trip is to finalize the process of accession to the business and political bloc. Costa Rica’s membership process began last May in the Colombian city of Cali.

For Doña Laura, Cartagena will be her last meeting with fellow Latin American leaders before she leaves office on May.

Last month, on January 30, she attended the Comunidad de Estados Latinoamericanos y Caribeños (Celac) in Havana, Cuba, where Costa Rica was handed the pro-tempore presidency for this year.

The next time the Latin American leaders will meet is in June, in the Dominican Republic, at the Sistema de Integración Centroamericana (SICA), where Costa Rica will be represented either by Johnny Araya or Luis Guillermo Solis, the next president of Costa Rica, to be decided by the run-off vote on April 6.

In Cartagena, Chinchilla will be signing the agreement that will make Costa Rica a full member of the Pacific Alliance, a trade group that in 2012 had a bilateral trade of US$2.25 billion dollars.

In other ” legacies ” in trade, Chinchilla will leave her successor Costa Rica’s advances for integration into the Organization for Economic Cooperation and Development (OECD ) in 2015.

Q24N - Nothing has been able to stop people...
Americas