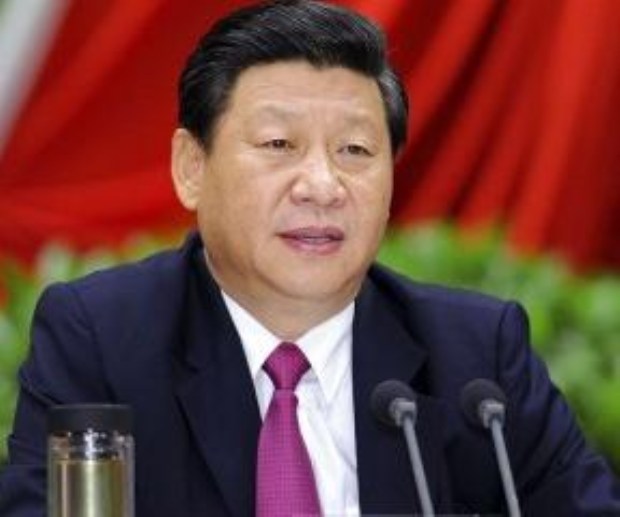 Once again Presidenta Laura Chinchilla plays host to a world power with the visit of China’s president Xi Jinping, who is set to arrive tonight at the Juan Santamaría international airport.

Costa Rica is the only Central American country with an embassy in China.

The visit, at the heels of the U.S. President Barack Obama visit on May 3, is for Costa Rica and China to sign financial and cooperation agreements. 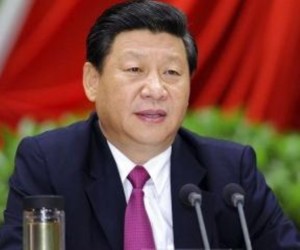 One of those agreements is China’s loan for the reconstruction of the Ruta 32 (the San José – Limón road) and the modernization of the state oil refinery, among other items of mutual benefit to both countries.

Xi’s visit is expected to result in an important donation of computers to Costa Rica schools and a commitment for the construction of a police academy.

This is a “very strong recognition of the major world powers, especially the two most dynamic economies whose presidents have visited us in a month,” Chinchilla said Friday in a meeting with foreign correspondents.

Costa Rica is the only Central American country that has diplomatic ties with China, while the rest – including the Sandinista Nicaragua – still recognizes Taiwan.

The break with Taiwan in 2007 by the Arias administration was handled in Costa Rica so quietly diplomatically that Puente de la Amistad con Taiwan (Friendship Bridge), built by Taiwan over the Tempisque river at a cost US$15 million, became popularly known as the “bridge of betrayal”.

But for tiny Costa Rica the ‘bet’ on Beijing seems to have paid off.

During this administration, for example, China has pumped US$160 million dollars in the local economy in the way of donations, more than the combined contributions of Spain and the United States.

Medical equipment, grants for social programs, a fleet of 400 cars used by police and the ultra-modern stadium are a few examples of China’s generosity towards Costa Rica.

Xi, who is coming from Trinidad and Tobago, will head off to Casa Presidencial Monday morning to officially meet with Presidenta Chinchilla and her government.

During the meeting the two countries are expected to ink accords that include a joint venture for the modernization and expansion of the RECOPE (state oil company) refinery in Limón, a project that is expected to cost some U$1.5 billion dollars.

The refinery expansion requires a reconstruction of the Ruta 32, a cost that the Chinese are willing to lend the country US$400 million dollars with the caveat that a Chinese contractor be hired for the work.

Xi is also expected to open up China’s state coffers to finance the renewal of Costa Rica’s public transport fleet to the tune of US$100 million dollars.

The two leaders will also likely ink trade deals to increase commerce between the two countries.

The Chinchilla administration is also discussing the development of a Special Economic Zone for Chinese companies to settle in Costa Rica and take advantage of several free trade agreements.

“For a small country that only 30 years ago exported three or four products (coffee, pineapple and banana), this is a huge leap”, said the Presidenta.

Another important point of discussion is tourism. Costa Rica is very serious about opening the country to Chinese tourists. The country expected of a wave of Asian tourists after 2007, but the promised surge never materialized.

“When we talk about a wave of Chinese tourism, for us is a tsunami,” Chinchilla said humorously, explaining that the tourism sector has asked the government to proceed carefully.

Although the Xi visit will have a tight security, like the closing of roads, it will not be as overpowering to the local economy as that of the Obama visit that practically paralyzed the country for 22 hours.

Tonight, major roads like the autopista General Cañas and Ruta 27 will be completely closed for 30 minutes before and 15 minutes after the Chinese delegation moves about, Paseo Colon and Avenida Segunda will be closed the entire day starting in the morning and all public sector employees will have the day off on Monday.

Part of Xi’s agenda includes a visit to the Legislative Assembly, a visit to a “campesino” (typical farming) family, and a banquet. No official word if Xi will visit Chinatown, a project party financed by Xi’s government.

On Tuesday, Xi heads for Mexico, after which he will meet up with Obama on Saturday, in California.

QCOSTARICA - Starting this Friday, and for 10 days,...
Lighter Side