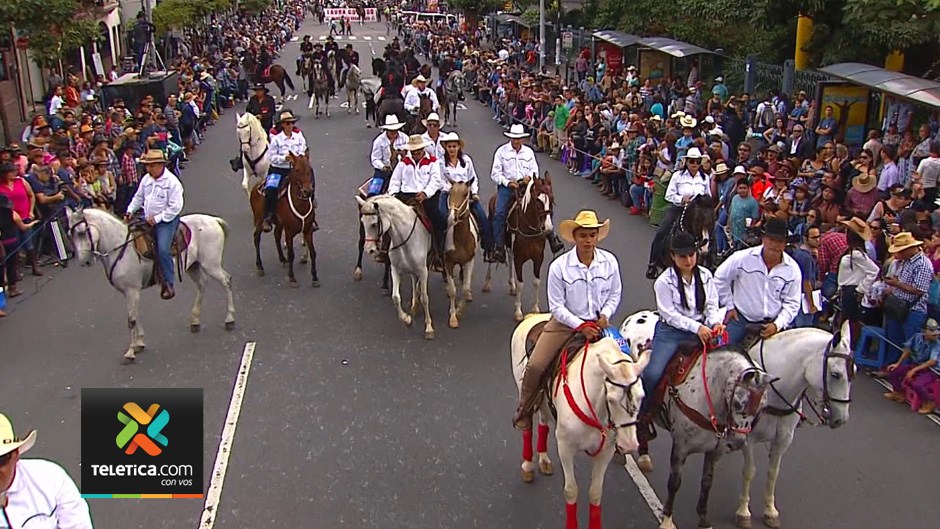 Q COSTA RICA – It Christmas in Costa Rica and that means the capital city, San Jose, is host to the bulls, horses and parades.

On Sunday, at noon, December 25, the annual “Zapote Fair” began, the main attraction the “Toros A La Tica”, when dozens of impromptu bullfighters, mostly you men, enter the “redondel” in Tico-style bullfighting, a sport where no one gets hurt. At lest not the bulls.

In the event, the “daredevils” as some are described gather in the bull ring, full on machismo, to evade a charging bull. The “bullfight” end when either the bull or bullfighters get tired or time runs out.

The event goes rain or shine. And although not much has changed from the spectators point of view, this year the bullfighters are covered with more insurance than ever. In contrast to the past, bullfighters entering the ring must show proof of insurance coverage.

In Costa Rica’s bullfights, the bull is not killed, only dodged. Tough the bull does get in a jab or two here and there, sending some bullfighters to hospital.

On Monday, December 26, downtown San Jose was full of horses in the annual “National Tope”. 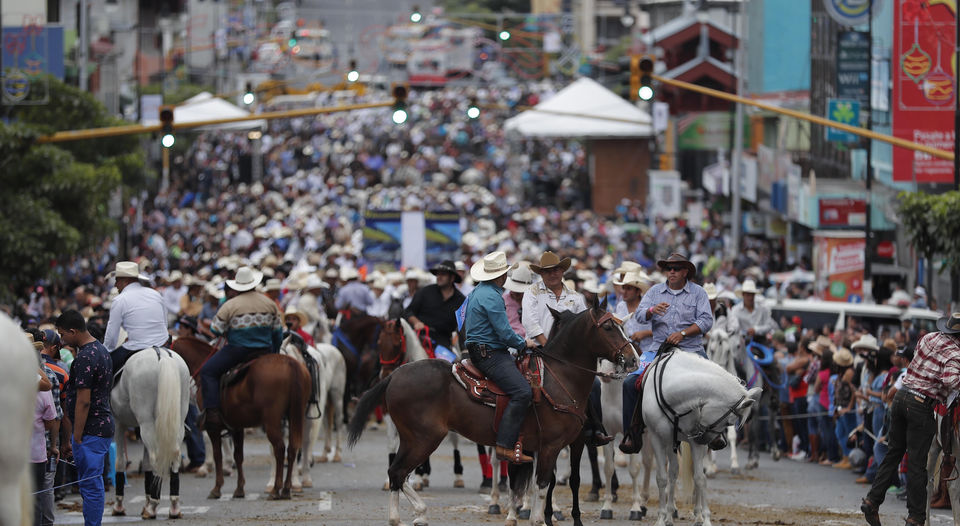 This year more than 3,000 riders and their horses took part in the event, down from the 5,000 or of the past years. The Tope ran along Avenida Segunda and Paseo Colon, from the east side of the downtown core to the La Sabana on the west.

Participating were riders from many areas of the Central Valley, some even from Guanacaste and areas.

The event is a great street party, spectators lining up early to get a good spot, many will coolers filled with ice and beer.

Officially, seven people were arrested this year, for crimes ranging from petty theft, drug and weapons possessions and to public disorder.

Although there weren’t any arrests for drinking in public, given that it is no longer legal to consumer alcohol on public roads, police report confiscating 128 cans or bottles of beer.

Police also report interviewing 193 people who where run through the police database for outstanding warrants. None were detained.

By order of the SENASA, the animal welfare department, 16 horses were removed from the event, the animals suffering trauma.

And for the last of the big San Jose events is the return today, Tuesday, December 27, of the “Carnaval” – the street parade. After an 11 year absence, the municipality of San Jos decided to bring it back.

For the past decade, the municipality of Desamparados held the Carnaval in replacement.

On tap are marching bands, cheerleaders, clowns, music, old cars and much more entertainment for the entire family. The event begins at 1:00pm and will take the same route as the Tope, from the east, along Avenida Segunda to Paseo Colon, ending in La Sabana.

If you are thinking of visiting downtown San Jose today, unless you are there for the Carnaval, best is to keep the car at home. Paseo Colon and Avenida Segunda will be completely closed starting in the morning. Drivers can expect adjacent routes to be congested, some even closed. Buses leaving and entering San Jose will have altered stops, mainly the Alajuela and Heredia buses that have terminals on Avenida Segunda.