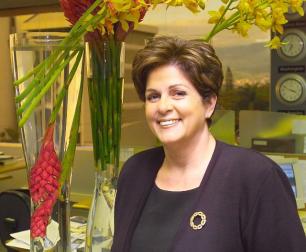 The co-director of Channel 7’s news programming, Telenoticias, Pilar Cisneros, announced this week she will step down as news anchor, allowing for more time on to other projects within the Teletica television station.

Cisneros has been anchoring the noon news for years. Far from being just another pretty face reading the news, she is a serious journalist and has been ranked number 1 of the ten most influential women in Costa Rica,

Cisneros has been the centre of many exclusive news stories and used her commentaries to voice her opinion on the government and Costa Rica in general.

Although in Costa Rica we only get to her in Spanish, Cisneros is fully bilingual and has been heard on CNN and CNN en Español, the U.S. news organization with affiliations with Teletica.

No word from Teletica who will replace Cisneros at the anchor desk.

Legislator proposes that vaccinated can circulate without vehicle restriction

QCOSTARICA - Legislator and former president of the Legislative...
Fuel Prices