Civil Service Livin’ Is The Life For Me… 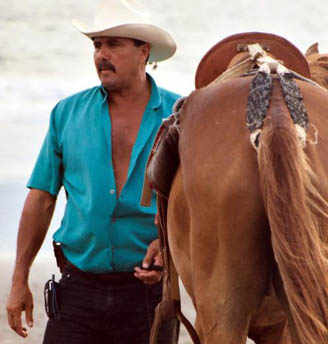 Rico’s TICO BULL – I’ve always said and will say it again, better than winning the lottery in Costa Rica, is getting a government job. A job with “Foreign Relations” the best, in my opinion.

You see, in Costa Rica, a government is practically for life. Very hard to get fired, even if caught with hands in the cookie jar. It pays well. There are excellent benefits. Paid time off (aside from vacations), such as on strike where all you have to do is show up for the morning, by noon or rain, whichever comes first, you go home. Ever wonder why most of the strikes and protests are during the rainy season? Something to think about. 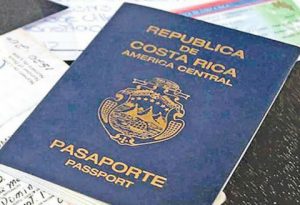 What set this off on me? A small article, a footnote really in the Spanish language media, about the proposal by PLN legislator, Karine Niño, who is also chairperson of the Legislative Committee on International Affairs (Comisión de Asuntos Internacionales de la Asamblea Legislativa) to – with public funds – buy a formal suit and an additional US$400 to US$1000 for a winter clothes for diplomats in the foreign service.

I suppose the proposal will allow diplomats in warmer climates to buy ‘summer’ clothing.

I am serious. Not making it up. The legislative proposal has a file number, Expediente 21.235, authored by Niño and approved by the Executive Branch (Central Government) to added it to the legislative agenda.

Like the fox if charge of the hen house.

The legislator defends the proposal, it is a way she seeks to strengthen the diplomatic career and denies that attempts are made to create privileges for these officials.

Subsections f and g of article 32 of the proposal spell out the costs that you and I will be paying for:

The current law that provides that the Ministry of Foreign Affairs must pay each diplomat the costs of air tickets for him/her, spouse, minor children, unmarried daughters and up to two members of his domestic service (maid and gardner?), as well as the value of the freight of household goods and luggage.

The Niño proposal extends these benefits and extends them to “couples” (not just the married), to their children over 18 years of age and under 25, minors in their custody and even to the parents of the diplomat and his/her spouse or partner.

But it doesn’t end there. They want to give diplomats abroad more vacations, 30 days of vacation in each year of work. This is in addition to all the legal holidays in Costa Rica and of the host country.

For example, a Costa Rican diplomat in the US, in addition to the 30 days, and the 12 Costa Rican holidays, would also have off Martin Luther King Jr. Day, Memorial Day, Independence Day, Labor Day, Veterans Day and Thanksgiving. Christmas and New Year’s Day happen to fall on the same day in both countries.

Where do I apply?

QCOSTARICA - “I know that I am here for...
News