In Costa Rica we will be able to see only a partial eclipse if weather permits. The national weather service is predicting cloudy skies and rain for the early afternoon 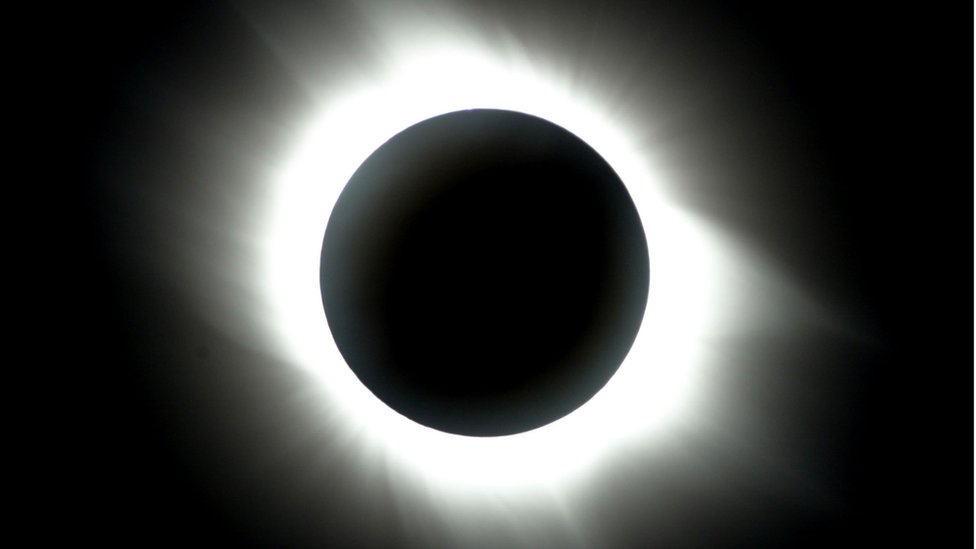 While million across the U.S. and the world are in the path of totality for today’s solar eclipse, in Costa Rica the eclipse is estimated at about 30% and a good chance we might not get to experience it at all.

The national weather service is forecasting cloudy skies all over the national territory and rain for the early afternoon.

The eclipse is expected to start over Costa Rica at 1:04 pm.

Experts say, if the weather permits, the best area to see the eclipse is in the west of the Central Valley and Guanacaste.

Eclipse: Who? What? and How?

From NASA Solar Eclipse 2017: Anyone within the path of totality can see one of nature’s most awe-inspiring sights – a total solar eclipse. This path, where the moon will completely cover the sun and the sun’s tenuous atmosphere – the corona – can be seen, will stretch from Lincoln Beach, Oregon to Charleston, South Carolina. Observers outside this path will still see a partial solar eclipse where the moon covers part of the sun’s disk.

Who Can See It?

Lots of people! Everyone in the contiguous United States, in fact, everyone in North America plus parts of South America, Africa, and Europe will see at least a partial solar eclipse, while the thin path of totality will pass through portions of 14 states.

This celestial event is a solar eclipse in which the moon passes between the sun and Earth and blocks all or part of the sun for up to about three hours, from beginning to end, as viewed from a given location. For this eclipse, the longest period when the moon completely blocks the sun from any given location along the path will be about two minutes and 40 seconds. The last time the contiguous U.S. saw a total eclipse was in 1979.

How Can You See It?

You never want to look directly at the sun without appropriate protection except during totality. That could severely hurt your eyes. However, there are many ways to safely view an eclipse of the sun including direct viewing – which requires some type of filtering device and indirect viewing where you project an image of the sun onto a screen. Both methods should produce clear images of the partial phase of an eclipse. Click here for eclipse viewing techniques and safety.