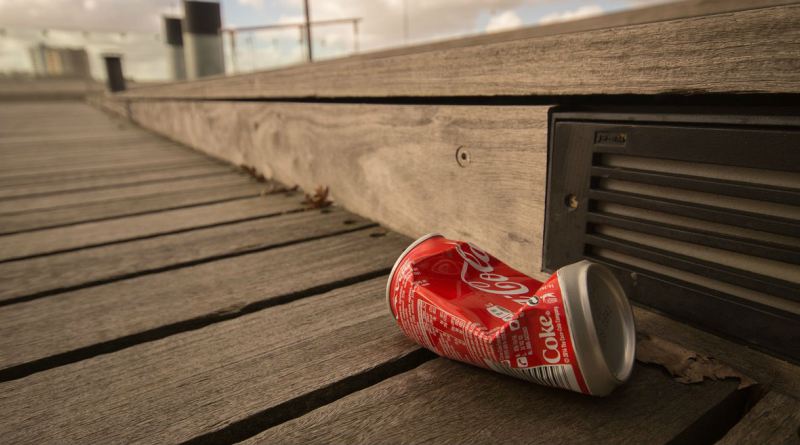 It may be the case that more deaths occur in Mexico due to sugary drinks than violent crime. Roughly 15,649 murders were official recorded in 2014, compared to an estimated 24,000 deaths associated with soda consumption.

In Mexico, it used to be that a heavy-rounded body frame was a sign of wealth. Now, it is a sign of poverty. Early last year, policymakers imposed a 10 percent tax increase on the alleged culprit: sugary drinks. The average Mexican drinks the equivalent of 163 liters of Coca-Cola a year, nearly half a liter a day, while 70 percent of the population is overweight and 32.8 percent is clinically obese, according to the World Health Organization. This is due in large part to its soda consumption. According to a new study published by the American Heart Association in the journal Circulation, Mexico’s death rate from diabetes, cancer, and cardiovascular disease is 405 per million adults, the largest of any country.

For Coca-Cola, the difficulties in Mexico have not been confined to the policy realm. In the state of Guerrero, where 43 Ayotzinapa students disappeared last year, the company has been subject to kidnappings by militant student protestors and extortion by organized crime. Citing security concerns for its workers, 120 of whom were recently laid off, the company has decided to shutter a storage facility in the municipality of Arcelia. The facility was one of the few sources of formal-sector jobs in the area. Coca-Cola FEMSA, the largest franchise Coca-Cola bottling company in the world, similarly opted to pull its distribution center out of Iguala. In addition, 10 percent of the city’s 400 businesses registered with Mexico’s National Chamber of Trade, Services, and Tourism have shut their doors due to safety threats.

As Coca-Cola comes under pressure on the health and security fronts, the role of the company and other multinational corporations operating in Mexico must be reevaluated. Given the latest statistics on the health risks of soda consumption, the real benefits of Coca-Cola’s presence in the country are being questioned.

While FEMSA has consolidated much of the global Coke system, particularly in Latin America, its profits derive mainly from markets in Mexico where it serves about 69.3 million inhabitants, upwards of 60 percent of the population. However, the government’s recent levy on soda precipitated a 4.6 percent volume contraction in sales in Mexico, according to FEMSA’s annual report for 2014. Meanwhile, the company reduced its investment in the country by nearly a third in that same year.

With the implementation of a 10 percent “sin” tax on sugary drinks in January 2014, about a 1 peso (7 cent) increase per liter, Coca-Cola and other soda behemoths have begun to worry about a resulting decline in demand. According to a preliminary study by the Mexican National Institute of Public Health and the Carolina Population Center at the University of North Carolina, Chapel Hill, the tax is working. Researchers analyzing data on household consumption in 53 cities found that soda purchases dropped by 6 percent on average in 2014 relative to pretax trends and by 12 percent in December 2014. Analysts adjusted for other factors, such as the downward trend in soda consumption, wages, and unemployment.

The evaluation further suggests that the tax is regressive and largely targets the lowest income households. Within this demographic, consumption decreased by an average of 9 percent over 12 months, and 17 percent in the latter months of 2014. This was a 50 percent greater decline than the national average. As a result, these families will be less likely to have to deal with costly health expenditures or lost productivity due to diabetes and other ailments.

Meanwhile, the soda tax has created a windfall in revenue for the government—a sum of 18 billion pesos, or $1.5 billion USD—which officials say will fund initiatives such as the provision of clean drinking water in schools. This is particularly important considering that Mexican officials have acknowledged that a large portion of the population, about 46.5 percent, consumes soft drinks because they have little or no access to potable water in their communities.

Though FEMSA remains a key asset to Coca-Cola’s $20 billion USD portfolio of brands, its presence in turbulent Guerrero has been risky. The climate of unrest has Coca-Cola executives mounting a wholesale retreat. Much of this instability is the fallout from the disappearance of a number of students from the Ayotzinapa Escuela Normal in Iguala last year.

Around 9:30 p.m. on September 26, 2014, then-mayor José Luis Abarca ordered the municipal police to arrest students from the teacher training college who were protesting education reforms. The police subsequently seized their buses and shot at them, leaving several dead, before handing another 43 students over to Guerreros Unidos, an organized criminal syndicate. The lack of an active and comprehensive investigation by the government immediately following the incident sparked protests by concerned individuals and civic groups in Mexico and throughout much of the world.

The people of Guerrero, weary of endemic corruption throughout the various tiers of administration, are searching for solutions to the violence gripping the state. In May of this year, 14 were killed in 72 hours in Iguala, while 28 people were murdered in Acapulco in the week leading up to July 16. As faith in government transparency falters, so too does a regard for the private institutions that were once insulated by the rule of law.

While Federal Police try to maintain a functioning security apparatus, the presence of Guerrero’s foreign companies has complicated the struggle between local cartels, law enforcement, and citizen militias. In February of this year, three student protestors hijacked a Coca-Cola delivery truck and kidnapped two of its employees in the southern city of Chilpancingo, before being arrested. Following the arrest, a group of students known as the Frente Unido de Normales Públicas del Estado de Guerrero (United Front of Public Normal Schools of Guerrero State) and a small teacher’s union sympathetic to the Ayotzinapa movement attacked Coca-Cola’s offices with Molotov cocktails. They then kidnapped two of its employees in order to broker a negotiated release. As a result, FEMSA closed its distribution center in Chilpancingo, firing 600 employees.

This and other withdrawals in Iguala and Arcelia are a sign of the degree of insecurity in Guerrero. Foreign direct investment has been on the ebb, with a number of other multinationals outsourcing their operations, most notably, German automaker Volkswagen, cement manufacturer Canteras de México, and Spanish automaker Seat. Though the Belgium-based mining company Nyrstar NV employed some 380 workers at their reserve and was expanding at a rate of about $200 million USD per quarter, the extraction process ultimately became too precarious, leading to their pullout.

Coca-Cola’s woes in the state, however, reflect deep structural problems. According to Nathaniel Flannery of Forbes, “Over the twenty years since Mexico signed NAFTA, Guerrero has seen little meaningful economic development.” It is the country’s second poorest state, scoring lowest on the United Nation’s human development index. Long-term growth rates run below average and eight out of ten residents work in the informal economy. Rural schools are acutely underfunded, with eight out of ten of the state’s schools lack access to the Internet and a fifth of schools lack electricity.

As protestors have disrupted business as usual on the more granular level, they inadvertently carried out the state’s initiative to curb Coke’s influence. Without any mechanism for distribution, it has become more difficult for the residents of Guerrero to find their soda fix. Of course, there are more serious and immediate threats jeopardizing the state: organized crime, graft, limited press freedom, and social unrest. However, Coca-Cola’s pullout raises important questions about corporate social responsibility as well as the way Mexican policymakers should treat foreign investment.

There is no doubt that since the 1970s Coca-Cola has become an iconic U.S. export with an impressive supply infrastructure. It reaches virtually all parts of the globe and aligns itself with dependable markets and lucrative promotional events. This, however, has had an unfortunate impact on public health. As an artificial beverage rich in calories and scarce in nutrients, Coca-Cola has bent foreign consumer preference toward an unhealthy but readily available option. As the largest consumer of Coca-Cola, Mexico is the most evident victim of this dietary shift.

Though the company provides formal sector employment, as was the case in Iguala and Arcelia, it manufactures a processed product that harms the vast majority of the population in the form of poor health—obesity, kidney failure, hypertension, lower metabolism levels, and teeth and bone damage. It may well be then that the costs outweigh the benefits.

Policymakers and their constituents have taken note of the benefits of the soda tax, despite arguments to the contrary by beverage-lobbyists. In fact, public health sources such as the British Medical Association and the Nutritional Health Alliance are now pushing for an increase from 10 to 20 percent.

That is not to say that poor lifestyle choices are not also to blame. However, it is certainly problematic when a foreign company targets populations in low- and middle-income countries who lack in nutritional education and now account for 75 percent of global soda-related deaths. In Mexico, where about half of the population lives below the poverty line, the wide availability of Coke products compounds an already acute dietary problem. Whereas the country had been subject to malnutrition in decades prior, inexpensive yet unhealthy food options have led to the higher prevalence of obesity in the lower income brackets.

Though Coca-Cola’s trucks have stopped delivering in certain communities in Guerrero, residents will likely find a way to buy in bulk through third-party sources. The love affair with Coke remains a fact, both in Guerrero and in the nation at large. In fact, Coca-Cola FEMSA sold 164 million cases of beverages in its Mexico market in 2014, 61 percent of which were soda sales. However, if regressive tax policy, grassroots campaigns, marketing regulations, and better labeling begin to change public opinion, the principle of good dietary health may well become the practice nationwide.

By: Nick Gonzalez, Research Associate at the Council on Hemispheric Affairs. Article first appeared at Coha.org

- Advertisement -
Paying the bills
Previous articleChile Considers Cannabis Decriminalization, Highlights A Growing Movement in Latin America
Next article“¡Nicaragua no se vende!” (Nicaragua is Not for Sale) The Culmination of President Ortega’s Inconsistent Presidency

QCOSTARICA - The news of the reinstatement of the...
Cartago