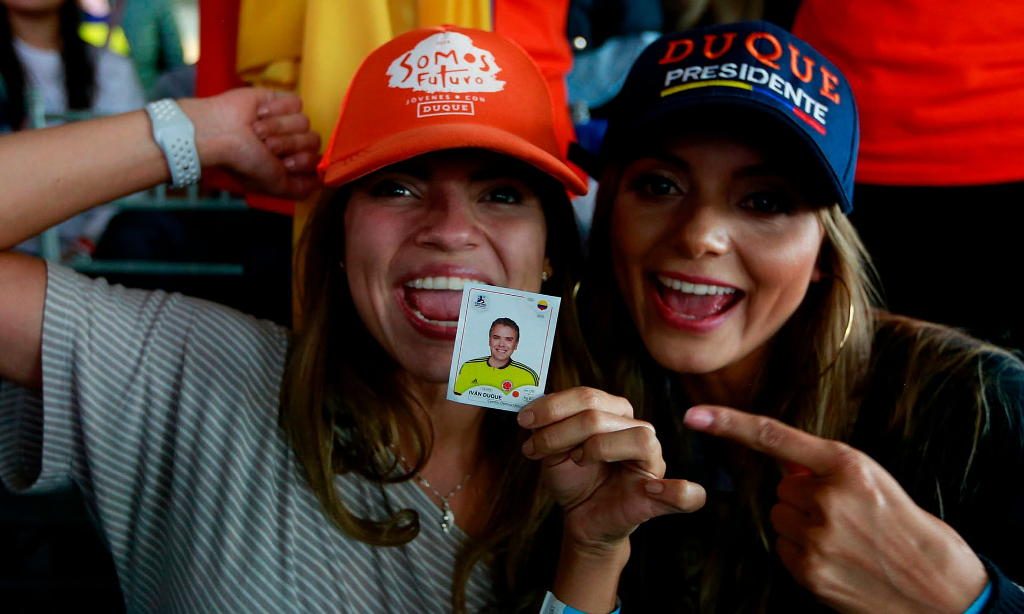 With nearly all ballots counted in Sunday’s first round, Ivan Duque was leading with 39.7% ahead of Gustavo Petro on 24.8%. Former Medellin Mayor Sergio Fajardo came third with 23.8%.

Duque, a hardline conservative who opposes the peace accord with the Revolutionary Armed Forces of Colombia (FARC) took the largest share of the vote, though fell short of the 50% required to win at the first round.

Petro, himself once a guerrilla, was Colombia’s first progressive candidate in generations and had been expected to gain a larger share.

Duque and Petro will now face off in the second round on 17 June.

The winner of the second round will begin a four-year term in office from August.

It remains to be seen if Fajardo, a reformer and former mayor of Medellín, will back Petro in the second round. The two other candidates, Germán Vargas Lleras and Humberto de la Calle, were unable to muster 10% of the vote between them.

Sunday’s vote was the first election marked the first presidential elections since a peace deal was reached between the government and FARC, signed in 2016, a deal that has polarized opinion in the country.

The peace process was the initiative of outgoing president, Juan Manuel Santos, who won the Nobel peace prize for his achievement. Santos could not stand for re-election, after serving two consecutive terms.

Duque – now the clear favorite to take the presidency in June – is opposed to the peace deal. His mentor and ally, former president Álvaro Uribe, remains a powerful figure in Colombian politics, having long been fiercely critical of the peace process.

QCOSTARICA - A baby of one month and 20...
Nicaragua