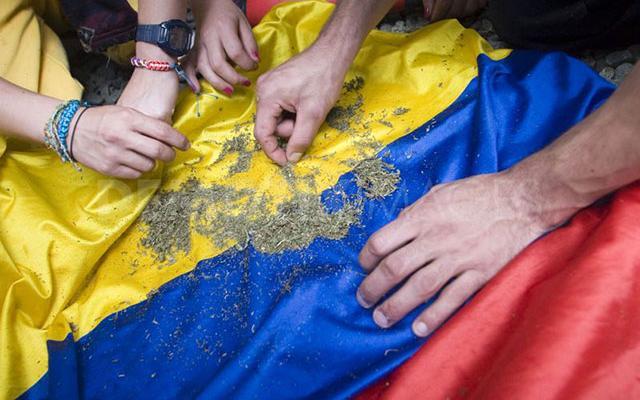 Under the Colombian law, anyone who wants to grow marijuana is required to apply to the National Narcotics Council to secure a license.

According to studies, marijuana can be used for different diseases such as Crohn’s disease, seizures, HIV, epilepsy and nausea.

“We have just taken an important step to place Colombia in the vanguard of the fight against disease and we’re doing it via a decree that seeks to take advantage of the benefits of cannabis to improve people’s lives,” the Colombian president said in a ceremony where he was escorted by Health Minister Alejandro Gaviria.

“To allow for the medicinal use of cannabis isn’t a move in the wrong direction, it doesn’t go against our international commitments to control drugs, or against our policy of fighting drug trafficking,” Santos told reporters after signing the decree.

More: UN to call on governments across the world to decriminalise all drugs says Sir Richard Branson

He added, “The manufacture, export, sale, and medical and scientific use of this and other substances have been permitted for several decades in Colombia. However, they were never regulated. That is what we are doing today.”

“Our goal is for patients to be able to access medications made in Colombia that are safe, high-quality and accessible. It is also an opportunity to promote scientific research in our country.”

On the other hand, IB Times reported Wednesday that the National Congress of Chile reportedly is considering to decriminalize marijuana in the country, while Mexico is slated to open a “national debate” to talk about its marijuana decrees in January next year.

- Advertisement -
Paying the bills
Previous articleStarting in 2016, You May Need An eTA To Fly To Or Transit Through Canada.
Next articleQPhotos: Playa Dominical

ROME — Italy is to require the country's entire...
Lighter Side