Colombia: No End In Sight In Month Old Trucker’s Strike 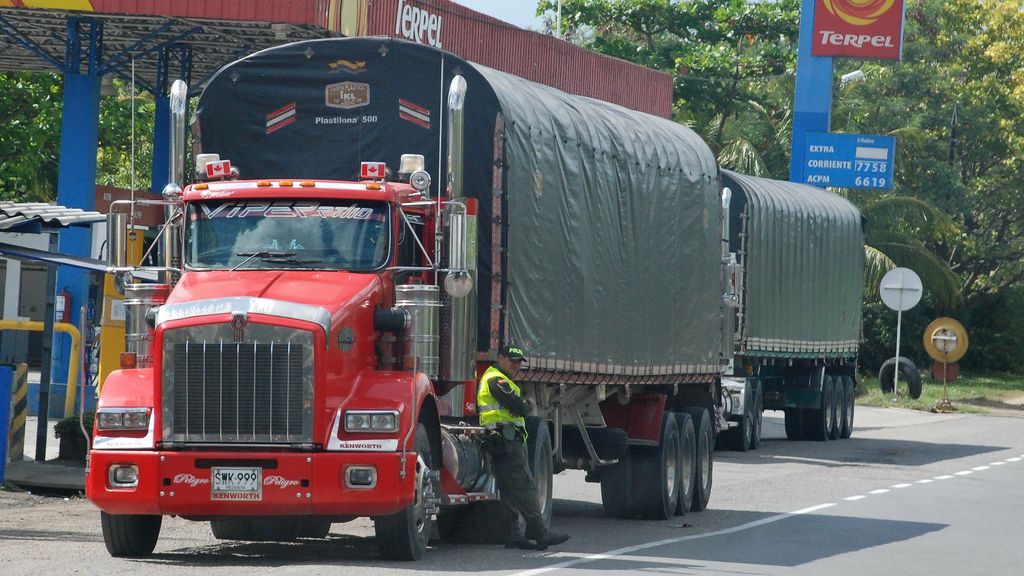 Colombia’s government said on Tuesday it has asked truckers to consider a raft of proposals to end the month old strike that its causing cargo delays and putting pressure on food prices amid already high inflation.

Colombian retail businesspeople expressed their concern about the astronomic hike in food prices, in the middle of a cargo transporters strike that is now over a month old.

Directives of Conalco (National Corporation of Food Retailers of Colombia) expressed on Thursday their worry because the government has not made enough emphasis on this problem.

Present price increases are over the inflation rate reported by the National Administrative Department of Statistics, that is 5.3% for the capital and we see there are increases of over 60 percent, said Hector Veloza, one of Conalco’s executives.

He added it is worrying the Minister of Agriculture and the Corabastos enterprise have not referred to the exorbitant increase in food prices.

For his part, officials of the National Association of Businesspeople of Colombia, also expressed their worry with the strike of cargo transporters that has reduced by 70 percent the cargo capacity for the goods imported by the country.

They added the effects of the drop in transportation are felt mostly in the port of Buenaventura, where they failed to load 220 thousand tons of cereals for the poultry and livestock industry.

Meanwhile, the president of the guild of small and medium enterprises, Rosmery Quintero, said the national truck crusade has increased by 40 percent the logistic costs of freight and by 55 percent those of storage.

When referring to the criticism coming from different fronts, the minister of Agriculture, Aurelio Iragorri, assured there are perishable products like onions and tomatoes and supplies have been maintained.

He admitted, however, tyhere are great difficulties in departments such as Cauca, Nariño and Valle with supplies of fruits, vegetables and potatoes which are sold 100 percent above from the normal price.

He also recognized inflation in June is like a stuck mule amid the economic difficulties suffered by Colombians.

Similar inconformities are found in industrial sectors such as steel, cement, cosmetics, chemicals, among others, whose activities are being affected by transportation, which influence with an overcost equivalent to 12 billion dollars in freight, parking and other expenses related to the strike.

More on Colombia at Today Colombia

The United States issued a security warning for Colombia where an ongoing...
Read more