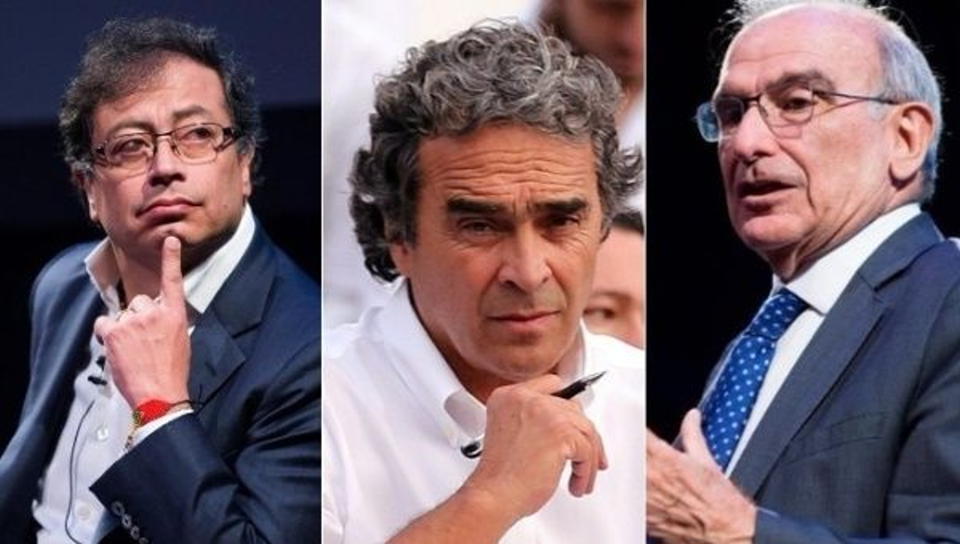 Colombian voters are calling for a pro-peace coalition in the run-up to the May 27 presidential elections Ivan Duque, who fought against the peace accord with the Revolutionary Armed Forces of Colombia (FARC), pulls ahead in new polls.

A poll conducted by Invamer shows that 45.9 percent of Colombian voters would support Duque in the presidential elections, a trend supported by a YanHass poll, which showed him gaining 40 percent in the first round.

In both polls, left-wing humanist Gustavo Petro, who supports the peace accord, finished second to Duque. The result has led to calls for Sergio Fajardo and Humberto De la Calle; both supporters of the agreement, to join with Petro to preserve it with a single pro-peace candidacy.

Former presidential candidate Carlos Caicedo, who has been called the “architect” of an alliance between the three pro-peace candidates, met with the Colombia Coalition, which backs Fajardo’s presidential bid, on Thursday.

Gustavo Petro, who 26.7 percent of voters said they would support in the first round in the Invamer poll, called via Twitter on Wednesday for Fajardo and De la Calle “to build the convergence that would establish the pillars of peace… I invite @carloscaicedo to be the architect of the Convergence.”

In response, Caicedo said: “I accept the assignment of contributing to the architecture of the convergence demanded by the citizens, to promote a united candidacy for change.”

After the meeting, vice-presidential candidate Claudia Lopez, of the Colombia Coalition, posted on Twitter her gratitude for “a constructive dialogue… With a common vision for the country, affection and serenity, everything is possible.”

So far, only the coalitions supporting Fajardo, who has captured 10.7 percent of public support, and De la Calle, with 5 percent, appear near to an agreement.

El Colombiano newspaper reports that Fajardo and De la Calle will meet next week and could announce a provisional deal, although it would only put Fajardo or De la Calle on the path to 15.7 percent of the votes in the first round – some ten points behind Petro.

With Petro, however, a pro-peace ticket is projected to gain 42.4 percent of public support based on the current polls. This would give Duque, who has the support of 45.9 percent of voters, a slender 3.5 percent lead according to the poll, which surveyed 1,200 people between March 16 and 20 and has a margin of error of +/- 3 percent.

The reluctance to form a coalition which includes Petro is challenging for many to understand.

In February, members of the Green Alliance – part of Fajardo’s Colombia Coalition – publicly supported Petro, citing a “total correspondence of principles ahead of the March 11 legislative elections and primary consultation to determine if Caicedo or Petro would become the presidential candidate of the left.”

Petro’s platform and the Colombia Coalition share many policy positions, including opposition to fracking, support for the peace process and the importance of striving for social equality and opportunity. On Tuesday, Green Alliance lawmaker Angela Maria Robledo resigned her post in Congress to become Petro’s running mate.

According to another Green Alliance lawmaker, Alirio Uribe, “many sectors and directors of the Polo (the other party of the Coalition)” have issued “calls” for a convergence between Petro, Fajardo and the candidate for the Liberal Party, De la Calle.

What the final coalition will look like remains uncertain, but an alliance without Petro promises little in electoral terms.

With two months left before the presidential elections, there is still room to maneuver. The same Invamer poll revealed only 51 percent of Colombians surveyed are sure they will vote; over 34 percent are unsure, and almost 14 percent will not vote.

- Advertisement -
Paying the bills
Previous articleMisunderstanding Between Caterpillar and Hummingbird Leads to High-Stakes Face Off
Next articleMeat shortage in Cuba, either you steal or you starve