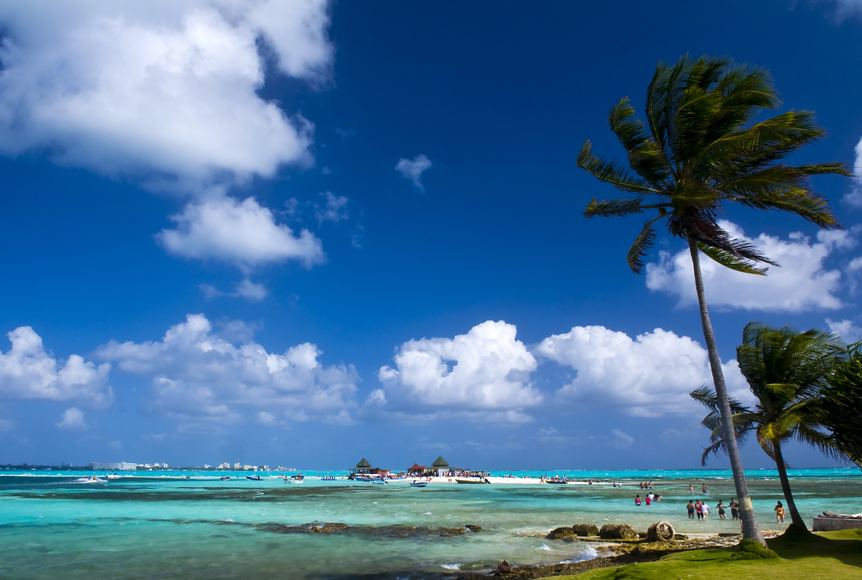 The Colombian island of San Andrés

The Caribbean archipelago of San Andrés, Colombia, has been a smuggling hub for centuries, serving as a crossroads for illegal activities between mainland Colombia and Central America. Today, these highly strategic islands remain a favorite stopover point for organized crime.

Behind this is a deep history of criminal activity. Transnational drug traffickers have for decades used the 52.5km² archipelago of San Andrés, Providence (Providencia) and Santa Catalina, to move tons of illicit goods north to the United States, while contraband products moved in the opposite direction. The repercussions of the trade have hit the local population the hardest.

Colombia’s distant archipelago has been a smuggling hub for at least a century.

“In … San Andrés and Providencia there is a historical memory … of pirates and freebooters, and a tradition of contraband that has its roots at the start of the 20th century, as a result of its proximity to the Panama Canal,” reads a recent report (pdf) called “Multiculturalism and border security in the archipelago of San Andrés and Providencia” by the Friedrich Ebert Foundation (FES).

Decades later, a larger player discovered that the islands were ideal for smuggling drugs north. The Cali Cartel began to establish a foothold in the archipelago in the late 1980s, according to the FES report by Inge Helena Valencia.

San Andrés’ big allure — apart from lax controls over maritime movement and cheaper costs — was to be found in the inhabitants themselves. 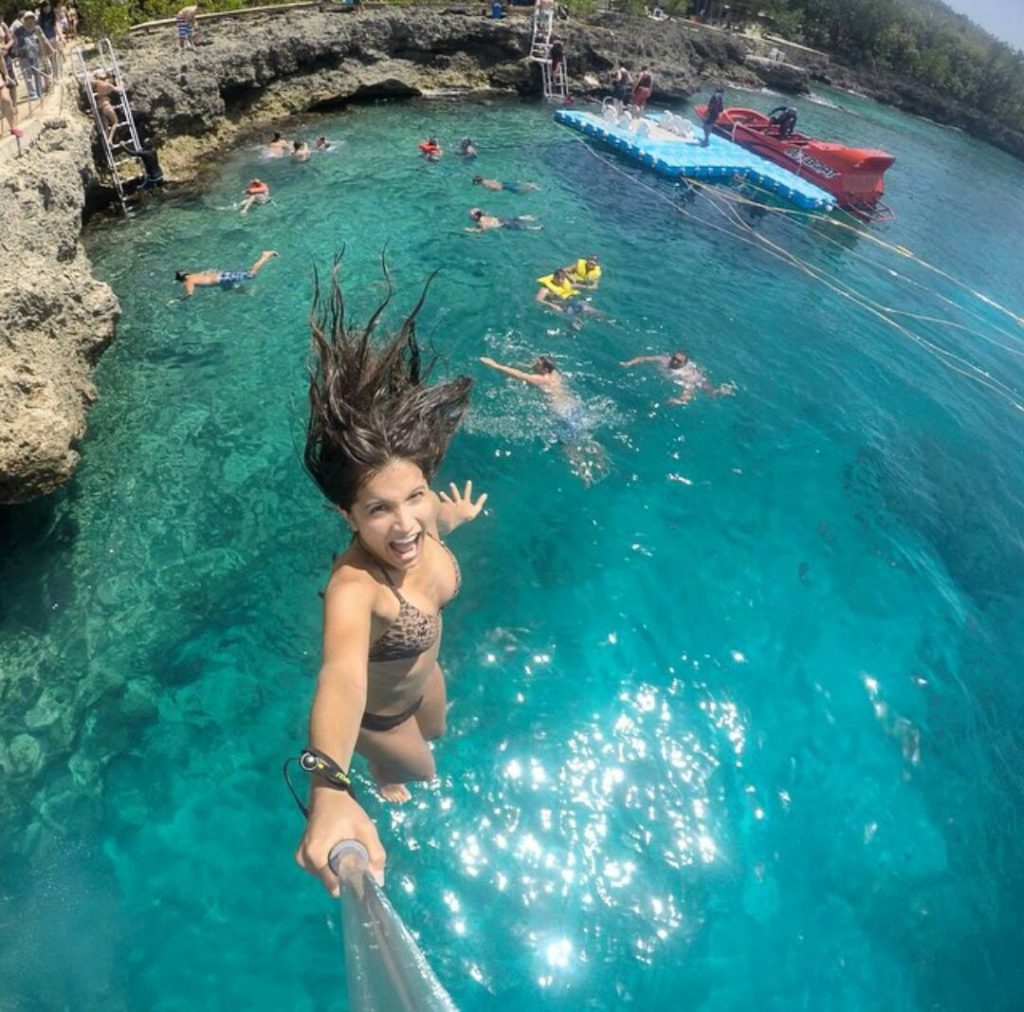 “San Andrés has a peculiarity: its sea is very rocky,” said deputy attorney Gustavo Restrepo Ortiz, who lived in San Andres in the 1980s and 1990s. “The islander is the one who knows what exit route to take, he was the one who would drive the go-fast boats.”

Due to their specialty in navigating the Caribbean waters, locals were hired to transport gasoline out to sea to refuel large ships loaded with illicit cargo. They would eventually move drugs themselves, making the three-hour speedboat journey to Nicaragua or the overnight trip to the Mexican coast.

Locals were generally tolerant of the illegal activities happening on their islands, as these did not have a big impact on citizen security during the early years.

The Cali Cartel continued to dominate trafficking in San Andrés until it was dismantled in the mid 1990s. But the dynamic would change completely with the demobilization of Colombia’s umbrella paramilitary organization (Autodefensas Unidas de Colombia – AUC) in the mid-2000s, which led to the creation of a series of splinter groups that would be labeled “criminal bands” (bandas criminales – BACRIM).

The BACRIM set their sights on San Andrés’s as part of their new expansion process, according to a 2013 report by Colombia’s Bank of the Republic on violence and drug trafficking in the archipelago (pdf).

By 2010 San Andrés had a registered presence of the Paisas, Urabeños and Rastrojos, which would fight for control of extortion and trafficking routes. While there are different versions of what happened during this period of turmoil, César Sarmiento of the Attorney General’s Office’s Organized Crime Unit in Medellín told InSight Crime that it culminated in a dispute between the Rastrojos and Urabeños.

By 2012, drug movements through the islands were coordinated by two local families, according to the prosecutor, who worked on a case in San Andrés in 2014. Traffickers from the mainland would get together to organize shipments to the archipelago from the port cities of Cartagena or Barranquilla. One of the two clans would then have their people take the drugs from San Andrés to Mexico, where they were delivered to the Colombian traffickers’ contacts in the Sinaloa Cartel. The drugs would then continue on their journey to the United States, by sea or by land. To ensure the family did not steal the cargo, a relative would travel with the drugs as insurance and return to the islands once the transaction was finalized. 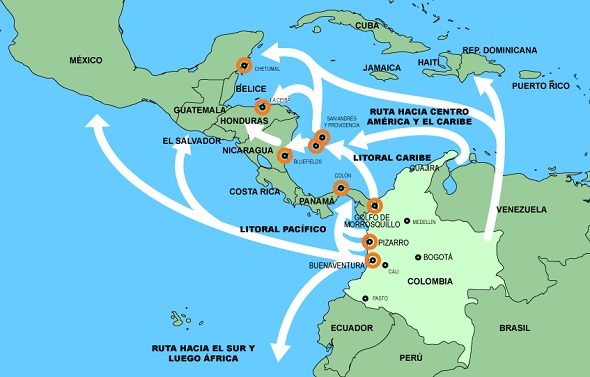 For a long time, these two families worked side-by-side without incident.

“The problems began with the arrival of the Rastrojos,” Sarmiento said.

The Rastrojos allegedly decided they wanted to move drugs through San Andrés, but refused to pay taxes to the established family networks. They found a way around this by joining forces with one of the families. The other clan, now alone and without the finances to match their rivals, reached out for an ally.

“That’s when the Urabeños come in,” the prosecutor explained. “It’s also when dead people began appearing in Cartagena.”

According to Sarmiento, the victims of the “barbaric clashes” between the two groups would be killed in San Andrés and dumped in the mainland coastal city of Cartagena so as to not attract too much attention from security forces. Most of the dead were members of the Rastrojos, who would ultimately be defeated, Sarmiento said.

Public prosecutor Victor Arroyave also worked on a case in San Andrés up until 2015. While he was there, Arroyave told InSight Crime, the Urabeños were “the only criminal organization” present on the island.

With the arrival of the BACRIM in the late 2000s, murder rates and other types of illicit activities began to surge on the previously calm islands.

“The arrival of violent practices from the mainland introduces new dynamics such as fear, threats, torture and assassination,” the FES report says. “Violence is imposed as a new way of resolving conflicts … in a society that had not traditionally been used it.”

San Andrés would be introduced to a modus operandi typically associated with Colombia’s paramilitaries. For the first time, locals were being contracted as “mini-bosses,” assassins, extortionists, lookouts, messengers, and for other “dirty jobs.”

Arroyave said the base salary for a local Urabeños foot soldier was roughly $489 (1,500,000 COP), while transporters could earn more.

As a result, young men from the islands have been the primary victims of San Andrés’ drug trafficking boom. From a population of approximately 77,000, over 300 people in the department are behind bars in the United States and Central America, according to the FES report. Around 100 more have been killed due to “score settling” and over 60 people have perished on the high seas in the past five years.
The impact on the small nearby island of Providence — where traffickers rely on locals to navigate drugs across the high seas — is perhaps even more strongly felt. According to a 2015 BBC documentary, up to 800 of Providence’s men have been lost at sea or imprisoned abroad, which is over a quarter of the male population.

Nevertheless, Sarmiento believes that the situation in San Andrés now is far calmer than it used to be for one reason: “because now there is only one [criminal] group left.”

Drug trafficking in San Andrés has had a ripple effect across the island, and a big impact on its economy.

People in Colombia have long associated the archipelago with so-called “San Andresitos“: shopping areas on the mainland that are packed full of contraband and often used to launder illicit money. In the past, criminals would use drug dollars to buy anything from television sets to cigarettes and washing machines in San Andrés’ duty-free zone and re-sell them for Colombian pesos on the mainland.

Nevertheless, San Andrés’ contraband rush only lasted up until the late 1990s when tighter tax controls made it unprofitable, Sarmiento said.

While drug money is now mostly laundered in mainland Colombia, certain practices have had a lasting impact that especially affects San Andrés’ tourists.

One of the last capos of the Cali Cartel, José Nelson Urrego, was the owner of the Sunrise Beach Hotel — one of the most luxurious on the island.

The Urabeños also control activities such as microtrafficking that finds a ready market in the thriving tourism industry. They tax migrant smuggling organizations that stop in San Andrés on their way to the United States.

For drug trafficking to continue on the islands despite a heightened presence of police, army and marines over the years, official complicity is a must.

As the Colombian Navy know where their ships — and those belonging to their US counterparts — are located, having sailors as moles has long been a crucial asset for Colombian traffickers, Sarmiento said. At least 55 members of the San Andrés police and navy have been dismissed for collaborating with traffickers, according to the FES report.

For young men on the island looking to earn a decent living, there are few alternatives to drug trafficking.

In Providence, drug trafficking is simply a way of life for many young men.

“The sea is our economy, it doesn’t matter if it’s legal or illegal,” a Providence fisherman told the BBC.

Others blame the adrenaline of the trade. “The rush of making fast money. That’s what … scarred San Andrés,” Ortiz said, adding that before, the standard islander would make do with what they earned from fishing.

Today, the deputy attorney said, there could be between 500 and 800 locals working for trafficking organizations in one way or another.

But in the archipelago’s tight-knit community, local attitudes also have a lot to do with why it is hard to sever the drug trade’s roots on the islands.

According to a 2014 survey, San Andrés was more accepting of drug trafficking than any other Colombian city, with 42 percent of respondents saying they did not have a problem with traffickers in the area. Only 24 percent rejected corrupt practices.

InSight Crime tried to contact a number of locals, but found that people were unwilling to comment on drug trafficking. The apparent lack of cooperation from locals can significantly hinder the effectiveness law enforcement.

“We were forced to leave the island,” Arroyave recalled. During his team’s prosecution of 17 traffickers — the majority from San Andrés — locals threatened to “kick up a stink” at the hearing, so it was moved to Cartagena.

“The community denies the facts,” the prosecutor concluded.

(QCOSTARICA) A group of some 15 doctors and helpers gave away...
Read more

Neighbors support relatives of seven who died in an accident in Cartago: “Your pain is ours.”

(QCOSTARICA) The mourners of the family who died in the accident...
Read more

(QCOSTARICA) President Carlos Alvarado called on Tuesday, September 15, during the celebration of Independence, to protect democratic institutions. "We do not want to have the...
Read more
Expat Focus

U.S. Citizens Living in Costa Rica Can Vote in This November’s General Election

(QCOSTARICA) In a press release from the United States Embassy in San Jose, Costa Rica, citizens living in Costa Rica can vote in the...
Immigration

The death of Dr. Salas’ father comes at a difficult time

RICO'S DIGEST -  I have no doubt that this is a moment of great weight for the majority in Costa Rica who identify with...
HQ

(QCOSTARICA) A fire truck that was in the 9-1-1 attack on the Twin Towers, in New York, is on Costa Rican soil and continues...
Health