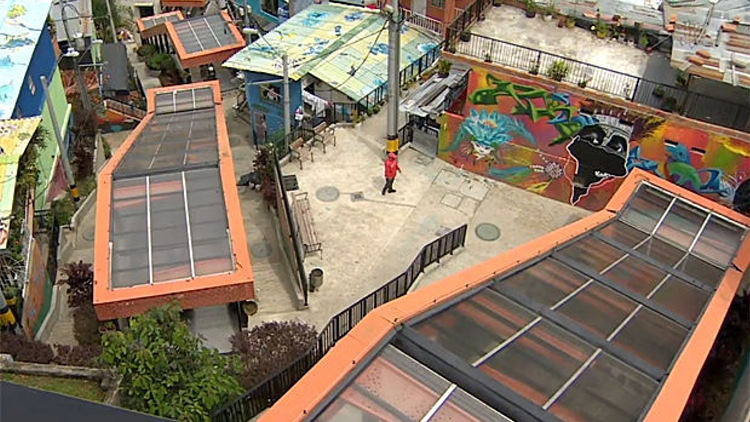 TODAY COLOMBIA – The effectiveness of a city’s transit system does not have to be connected to the dollars spent — at least not in the example set by Medellin, Colombia.

Brent Toderian, a former Vancouver city planner, considers Medellin a model for urban creativity. Although it was once torn apart by violence and poverty, Medellin has managed to build an extensive transportation system at a fraction of the costs often seen in Canadian cities.

“It’s about repurposing technologies that are used elsewhere and realizing they can be helpful to a modern city,” Toderian told Chris Brown of CBC News in Medellin.

Faced with the problem of moving thousands of people around the city’s mountainous terrain without racking up an insurmountable bill, Medellin architect Carlos Escobar was forced to think outside the box.

His solution — a network of outdoor escalators — replaced a warren-like network of dirt trails and exhausting stairs, and is now embraced by 20,000 people a day.

“This shows you can’t underestimate the kind of transformation you can have in just 10 years,” Toderian says.

The key, he says, is how a city views its transit plan.

Every city, he says, has urgent needs, but Medellin worked on an immediate solution.

“In Vancouver, we’ve debated a gondola up to the top of Burnaby Mountain for years now. In Medellin they just
did it.”

The Gondola Project in Medellin is a fully integrated urban cable system, linking other modes of transit to neighbourhoods in the surrounding foothills. It was built at around half the price of light rail.
Vancouver is about to hold a referendum on several new, expensive transit projects. Toderian, now an international consultant on urban issues, believes Canadian cities should aspire to be as creative as Medellin.