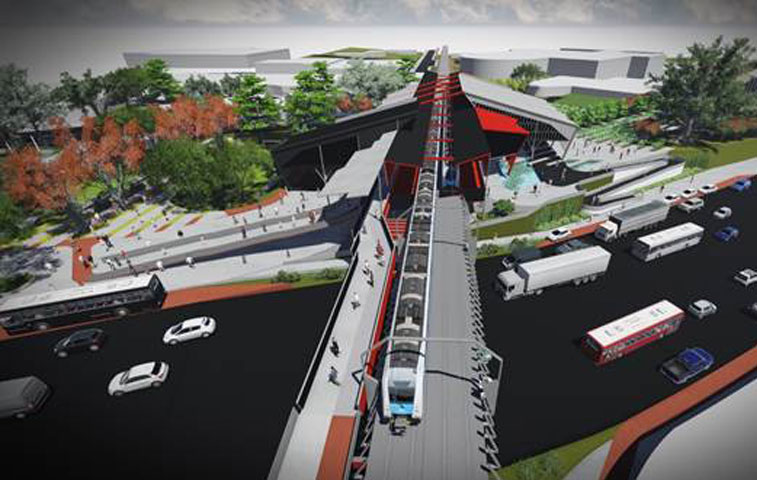 QCOSTARICA – Imagine, just for a moment a way that connects San Jose, Heredia, Cartago and Alajuela with the Juan Santamaria international airport. This could be a reality.

According to the Tecnológico de Costa Rica (TEC) together with the Institut d’études politiques de Rennes (s Sciences Po Rennes) in France, and with the support of the Municipality of Alajuela and the Incofer, the Costa Rica railway, their feasibility study reveals this could be a reality.

The way would be to connect the major city centres of the Greater Metropolitan Area (GAM) by train to the airport.

The first is to complete the current rail system that would run from the Rio Segundo (near the airport) to Heredia, through San Jose and Cartago.

The second, would use the same rail line, with the Alajuela connection between the Walmart store and the Alajuela hospital, less than a half mile from the airport. This scenario comes at a much higher cost, but with a station closest to the San Jose airport, with a direction connection to the airport possible.

And the third, would be to develop a Tram style (light rail) service corridor with speeds between 50km/h and 80km/h, with a capacity of 400 people in three or four cars.

The feasibility study was done as part of the “Plan Nacional de Transportes” and “Plan GAM 2013-2030 ” (National Transport Plan) by students in Costa Rica and France, who found that in 2014 there were 863,400 passenger vehicles on the country’s collapsed road infrastructure, representing a 5% annual growth in the last decade.

- Advertisement -
Paying the bills
Previous articleUnforgettable Costa Rica!
Next articleWays To Fall Asleep On A Plan