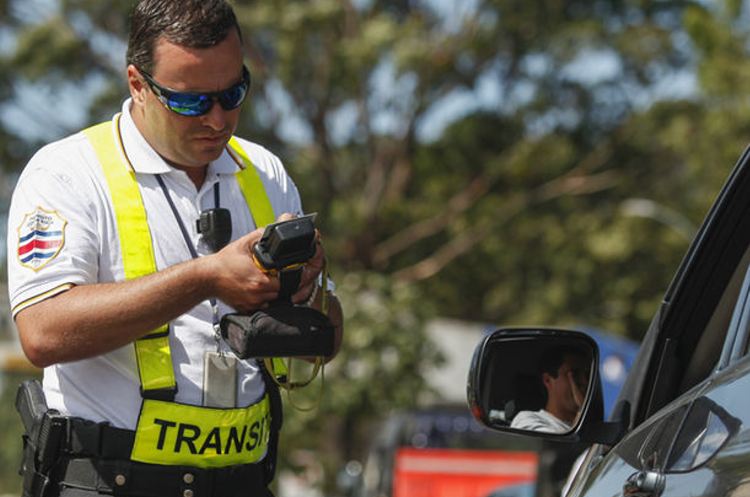 COSTA RICA NEWS – You have a telegram. Yes, telegram, one of the methods available to the Consejo de Seguridad Vial (COSEVI) to  inform drivers of their traffic fines now that the Constitutional Court has struck down the requirement of drivers to provide the transport authority an email address for notifications.

In its ruling Friday, the Sala Constitucional said that “not all drivers have access to this technology (email) and those without would be unable to receive the offences that apply to them.”

The Constitutional Court cites the technology gap in its reasoning.

The traffic law requires that all drivers provide an email address for notification purposes. Drivers who did not provide an email could not then challenge confirmed fines and penalties with the excuse of not having been notified.

Last year the COSEVI launched a campaign for licensed drivers to send in their email addresses, as required by law. The campaign ended in April, but few drivers actually sent in the requested information. According to the COSEVI some 125.000 of the expected 500.000 did so. The COSEVI extended the deadline to the end of June, without success.

Now, with the Court ruling, drivers will have options of how to be notified.

“If a driver wants to keep the email for notficiation, they should indicate such…” said Carlos Rivas, COSEVI legal counsel.

But, this presents a problem for the COSEVI. Drivers who do not choose the email option must be notified in person. Give the massive number of tickets, one of the best options for the COSEVI if the telegram, a service run by the State communications company, RACSA. In Costa Rica the telegram is deemed to a personal notification.

The Court ruling also now forces the transport authority to rescind the contract with the tech company prodiving the email notification service. The company charged the end user (driver) US$1.25 for each email sent, according to Rivas.

- Advertisement -
Paying the bills
Previous articleCosta Rica The Only Central American Country With Forest Growth In Last 20 Years
Next articleTextiler Announces Move Of Costa Rica Operation to Vietnam And Lay Off of 1.250