By Rico
6 December 2021
Paying the bills

QCOSTARICA – The shipping container crisis that is not expected to end anytime soon has affected street vendors in Costa Rica. In the pre-COVID days, the movement and turnaround of containers were pretty efficient. The pandemic changed all that. 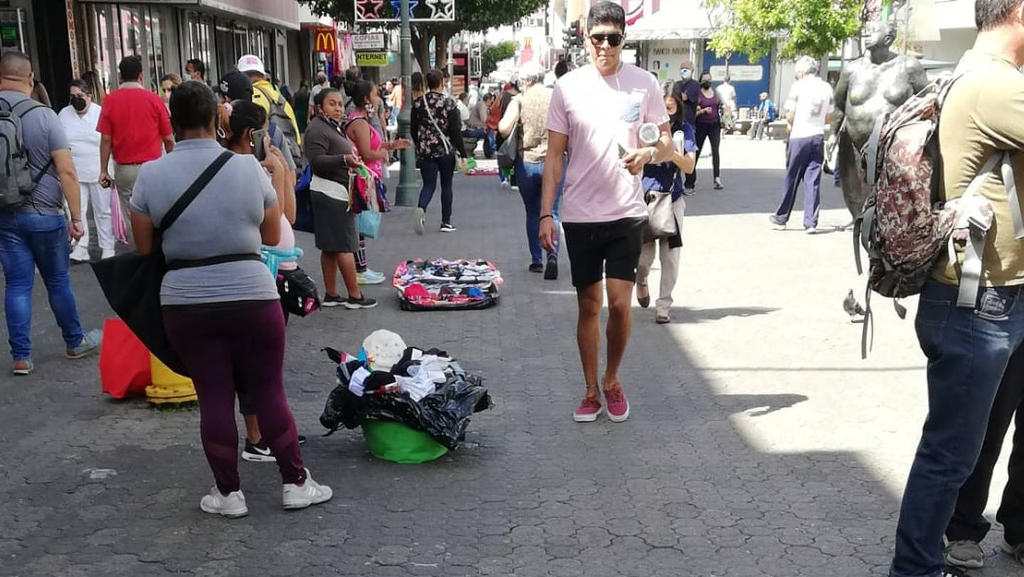 There are no easy fixes to the problem, and experts say that the crisis may persist for another year.

Cruz Quintanilla, from the León XIII citadel, one of the many vendors who ply their trade on the sidewalks and boulevards of the capital, told La Teja she is living a stress that she has never had in the last 21 years.

The pulse with the street sales on the Avenida Central in San José has gotten ugly for about six months, Doña Cruz told La Teja.

What is affecting them? The container crisis.

“That f* problem will leave our children without Christmas presents. We are not making almost any money, there are days when we cannot even make bus fare. This 2021 is horrible. Last year at this time, despite the pandemic sales were much better. People were buying, but now nothing and that is why, because we have almost no variety or product,” said Doña Cruz, who is not alone in the fight to bring home enough to support her family.

The container crisis is hitting the street vendors very hard. There is little merchandise and that won’t change until the containers begin operating normally. And what merchandise there is resell, it is very expensive to buy, cutting into profits.

Raising prices is not the answer, as customers reject the cost. For example, at the beginning of the year, a package of ten socks sold for between ¢1,500 to ¢2,000 colones on the streets, now they go for about ¢7,000 and there is little margin at that price.

Bringing in merchandise from Colombia or China, two major sources, by plane is very expensive.

“December is already over (for us) and we are experiencing bad days of two thousand colones of profit and a very good day of ten thousand colones. I have three children and many bills to pay,” explains Doña Cruz, who hits the streets now much later, up to 8:00 pm.

“Every day everything is more expensive, they tell us that it is because orders do not arrive in the country due to problems with a container issue. I sell leather wallets, purses, girdles, among other things, I do it this way to be able to sell something different from most others,” she said.

“At the beginning of the year, even in June, I bought a half dozen wallets for 1,700 colones. Right now they are priced at 2,800 colones. There is almost no profit,” she added.

“Mateo” another street vendor in San Jose, explained that for Christmas this year, street vendors will not have new products, as in other years, selling some the same products as always.

“This year what we’re selling what we have, even (Christmas) stuff from other years, merchandise that they had stored. The containers (crisis) have screwed us up,” he assured.

\On November 18, the Cámara de Exportadores de Costa Rica (Cadexco) – Costa Rican Chamber of Exporters – held the forum “A global perspective on the container crisis” and explained: “In recent months a situation never seen before has arisen, the logistics chains of the world experienced a growth of over 522% in the cost of containers on routes that many countries occupy in order to have merchandise on time”.

Faced with a scenario in which the maritime industry handles 80% of the goods transported worldwide, the covid-19 pandemic caused a very strong decrease in international demand that almost completely stopped global maritime transport and caused that in different parts of the world there was excess empty containers parked.

Freight prices on routes such as China – United States have quadrupled, affecting exporters and importers because the lack of availability of containers and spaces on ships have increased waiting times, causing a higher cost.

“In addition, for the Christmas season, multinationals to rent complete freighters at prices with which the market cannot compete,” explained Cadexco at the event, in which it was warned that this reality, far from ending soon, could become a bitter normality for the months to come.

Something that street vendors have nothing to do with and totally out of their control is shaking them and with this their families, who may not have a very sweet Christmas.

- Advertisement -
Paying the bills
Previous articleState payroll increased by 100,000 people in 15 years
Next articleLatin America backslides two decades in extreme poverty as a result of the pandemic

(AFP) The Omicron variant has moved the Covid-19 pandemic...
Trends