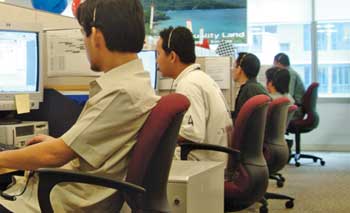 Convergys Corp. will hire 3,000 people in call centers across the United States and in Costa Rica.

The U.S. jobs, to be filled through mid-January, will number 2,500. They’ll consist of “agent positions within multiple Convergys’ call center facilities across the United States, as well as work-at-home positions,” according to a news release.

They’ll pay between $9 and $12 per hour with health benefits, paid time off and tuition reimbursement.

The 7,000 square-foot facility in San Jose, the capital of Costa Rica, becomes the company’s fourth in the country. The new employees will join the more than 2,000 that Convergys employs in three centers in Heredia and San Jose.

Three years after entering the country, the company has grown into one of Costa Rica’s largest service-sector employers. Costa Rica President Laura Chinchilla attended a launch event for the new center.

“The employment opportunities that Convergys adds to this sector have been very important and marked by the offering of hundreds of job opportunities with stable income, good salaries and interesting prospects for personal and professional growth to Costa Ricans,” Chinchilla said in a Convergys news release.

With 75,000 employees, Convergys operates call centers throughout the world.

- Advertisement -
Paying the bills
Previous article30 Years Of Recipes Down The Drain: Ex-Pats in Costa Rica Try Cooking Up A New Life
Next articleStreet Protests Pay Off! Motorcyclists Get Reduction