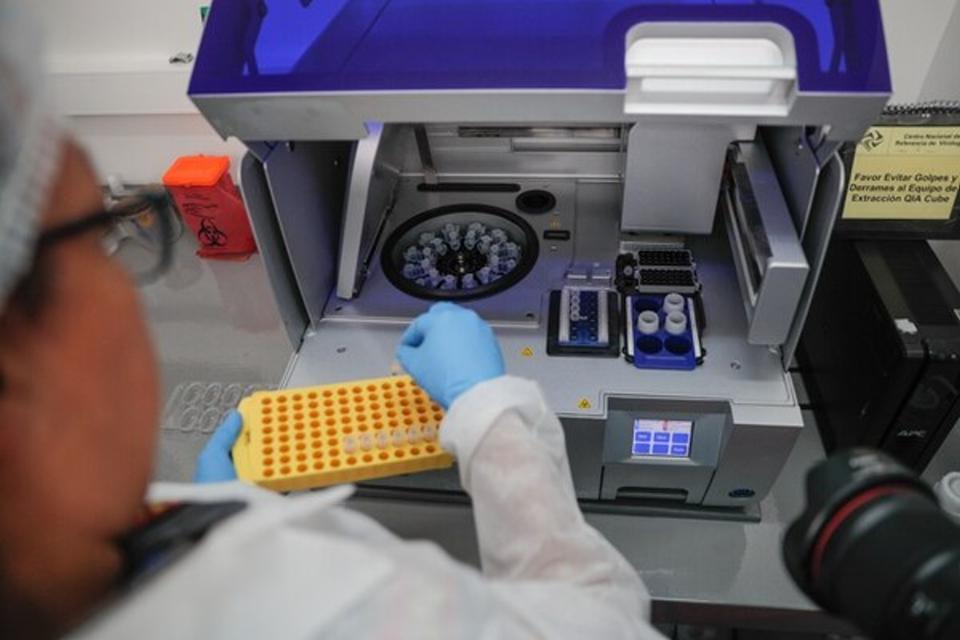 On Sunday, the Ministry of Health reported 10 new cases of covid-19 over the previous day., bringing the total to 863.

According to the report issued by the Ministry of Health, 565 patients have already been recovered, dropping the number of active cases to 288.

17 patients are currently hospitalized, of which only 3 are in Intensive Care (ICU).

Costa Rica reports 10 deaths, with ages between 45 and 87 years; nine men and one woman.

Roman Macaya, executive president of the Costa Rican Social Security Fund (CCSS) explained that the institution is now testing for the covid-19 at 500 fixed and mobile points, which include hospitals, border points and even ports. With this, he said, a constant flow of samples to the laboratories for their respective analysis is guaranteed and results provided typically within 24 hours..

“We have purchased 152,750 covid-19 tests which allow us to do a large number of tests, if we have the deliveries promised by the companies. We can do about 3,000 tests per day if we have the reagents,” said Macaya. 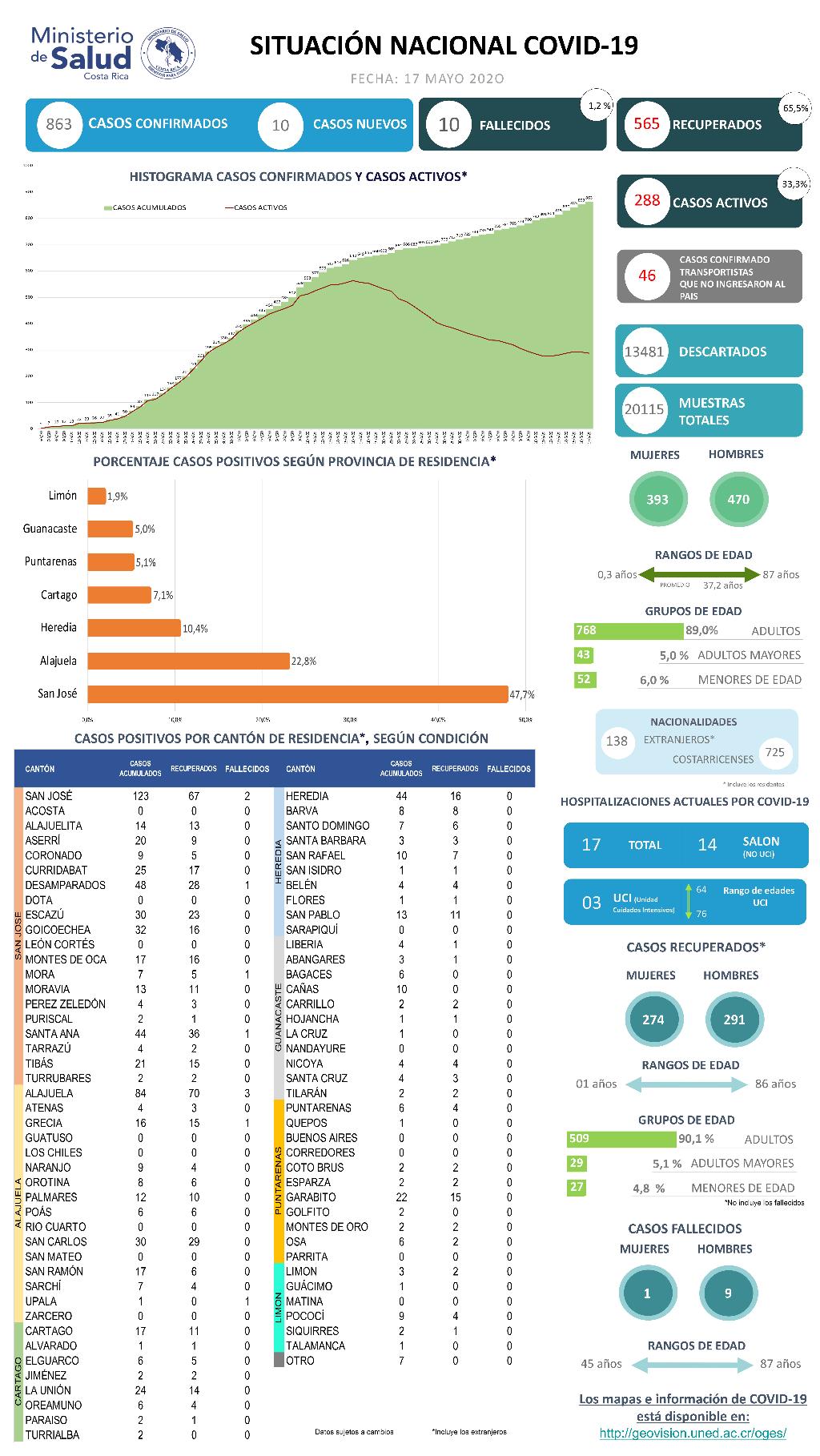 Those tests are not done on the general population, but only on those suspected of carrying the virus.

The Government announced that both ministries and public institutions began to develop sectoral protocols for the reopening of the economy.

According to the Vice Minister of the Presidency, Silvia Lara, the governing heads of each sector will be in charge of endorsing these health protocols for the reactivation of productive activities.

These programs will be carried out based on the general guidelines issued by the Ministry of Health. However, it will be that authority that determines when restrictions are lifted in each area of ​​the national economy.

“This is very important because we want to avoid a bottleneck in the approval of sectoral protocols. Imagine the Ministry of Health in the midst of all the work it has, which also has to review 200 sectoral protocols,” said Lara.

For example, the Minister of Tourism will be in charge of endorsing the protocols for its sector, as well as the ministers of Agriculture, Sports, Foreign Trade, Labor, among other areas.

The School of Public Administration of the University of Costa Rica (UCR) and the Institute of Technical Standards of Costa Rica (Inteco) will prepare a toolbox for the ministers to prepare said protocols together with representatives of their economic sectors.

“The fact of having a sectoral protocol is not an authorization to open. We want to be prepared for when the Ministry of Health so defines it,” said Lara.

The history of sports around Latin America in general,...
Economic Recovery