"We can feel proud that this country team has prevailed, but we cannot relax, we cannot let our guard down, not yet," the Health Minister warned. Border closure continues until April 30. 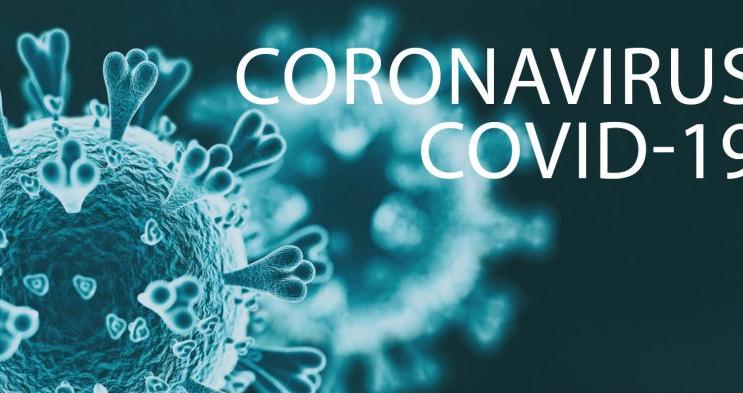 One month from the first case, today April 6, Costa Rica has 467 confirmed cases of the covid-19, 13 more than the day before.

By canton, Alajuela leads with 66 cases, followed by San Jose, 59; Santa Ana with 28; Desamparados, 23; and Escazu with 19, rounding out the top five.

Meanwhile, by age, the confirmed cases are 451 adults (of which 29 are seniors) and 16 minors. 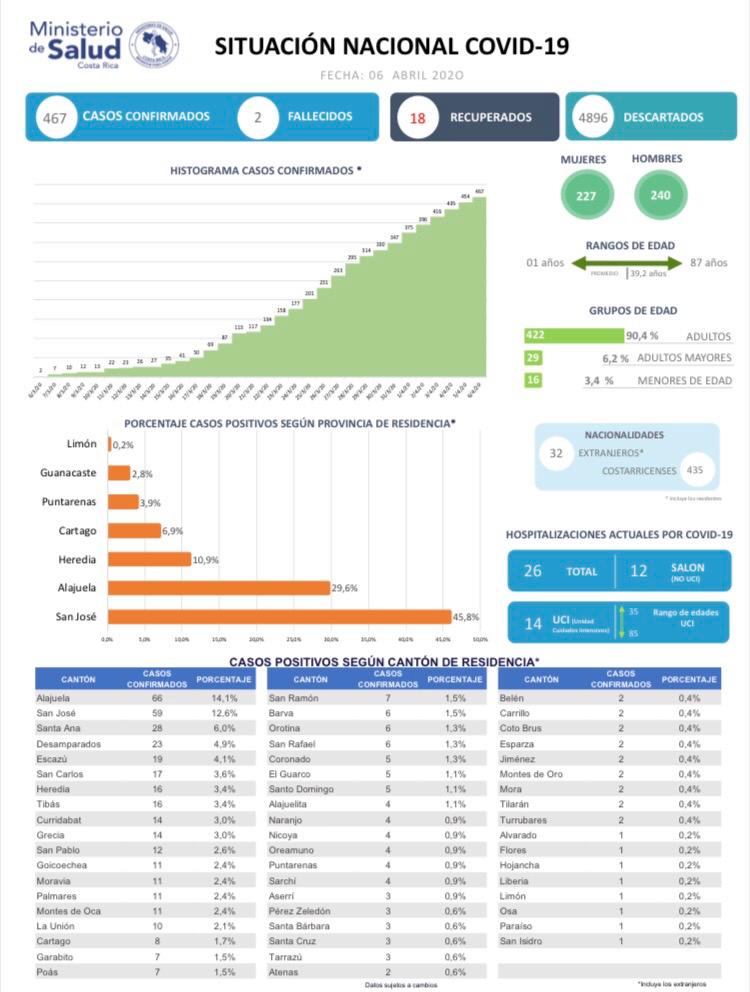 To date, the Ministry of Health reports 18 have recovered and 2 deaths, leaving 447 active cases; 26 are hospitalized, of which 14 (between 35 and 85) are in intensive care.

“I want to take stock. Costa Rica so far has not had an intense increase in cases, and that has a lot to do with the measures we have previously taken. But it has a lot to do with the response of the population because, in this, we are a team and when we see that these numbers have not increased, it does not mean, at all, that we have to relax and say that we won this war”, stated Health Minister Daniel Salas.

Once again, Salas insisted that there are still several weeks to go and persistence and discipline are necessary.

“We do not lose that sense of national unity because at this moment Costa Rica is doing well, but very important weeks ahead are expected, we know that there is still a significant percentage that has not had exposure to the virus.

“I appreciate that the people have responded, and we can feel proud that this country team has prevailed, but we cannot relax, we cannot let our guard down, not yet,” warned Salas.

He recalled that Easter is key in the behavior of the curve. This time, he said, “can make the difference” between “maintaining what has been achieved” and having an unfavorable outlook.

Security Minister Michael Soto announced that the closing of borders to the arrival of foreigners is extended until Thursday, April 30. Initially, the entry ban expired on Sunday 12.

Likewise, any Costa Rican who returns to the country in this period will receive a 14-day quarantine order. In the case of disrespect, they are exposed to a fine of up to ¢2.5 million.

To date, 6,713 Health orders of this type have been issued.

The Security Minister reiterated the immigration policy of suspending the residency status of legal residents who leave the country prior to April 30.

Regarding the fines, Soto said that 3,754 drivers have been sanctioned for disrespecting the vehicle restriction, both daytime and night time. As of Saturday, April 4, the fine is ¢110,400 colones, plus six points on the driver’s license and subject to seizure of the plates and/or vehicle.

At the borders Nicaragua, Minister Soto reported that 4,830 people have been prevented from entering Costa Rica illegally, the majority at the northern border with Nicaragua.

QCOSTARICA - Have your umbrella at the ready this...
National