Texas and other states saw record numbers of new COVID-19 cases this week. Despite improvements in testing, US health officials estimate that 20 million have been infected — 10 times higher than official figures. 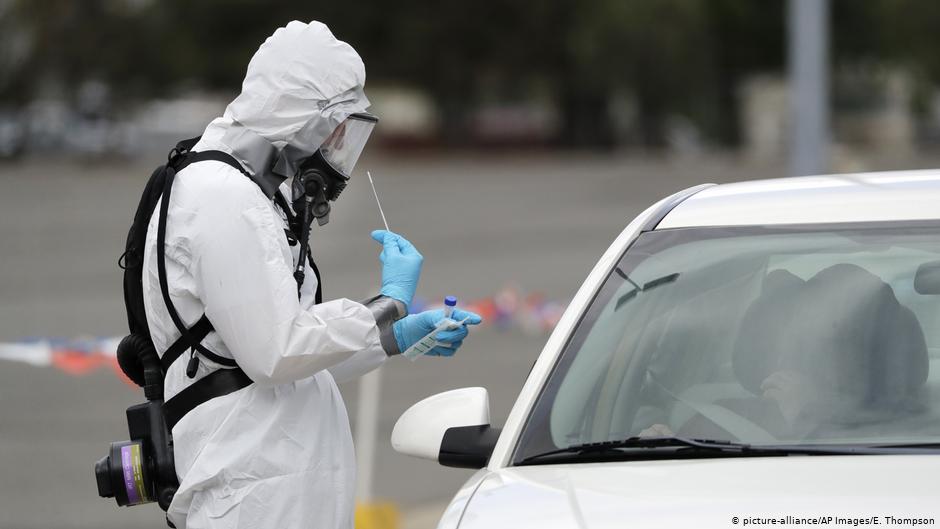 (Q REPORTS) The United States appeared on track to set a new daily record for COVID-19 cases on Thursday, with several southern and western states facing new surges in cases.

Several states broke their own daily records this week, with Arizona, California, Texas and Florida among the hardest-hit. The number of hospitalizations is also on the rise in some states, with health experts worried that hospitals could be overwhelmed

Stefan Simons, DW correspondent in Washington DC, said the pandemic was also spreading beyond those 4 states.

“It’s bad in 30 states,” said Simons. “30 states – That’s 60% of all US states — are reporting a significant increase over the last week in coronavirus infections and 13 of those states reported a 50 percent increase of cases and so it’s not looking good.”

“It’s growing across the United States and that’s a big, big problem.”

“The US can send people to the moon, but not to Paris because ‘we’re a health hazard’
This country is now a pariah state” Anderson Cooper, CNN, June 30, 2020.

The alarming spike in cases has prompted several states to pause their reopening plans, including Oregon, Utah and Texas.

“As we experience an increase in both positive Covid-19 cases and hospitalizations, we are focused on strategies that slow the spread of this virus while also allowing Texans to continue earning a paycheck to support their families,” Texas Governor Greg Abbott said in a statement.

Abbot, a Republican who is a staunch ally of US President Donald Trump, pushed for Texas to reopen its businesses and other areas of public life much earlier than other states.

There are concerns that the Texan city of Houston could turn into a new virus epicenter, with Abbot ordering a halt to elective surgeries in some hospitals to free-up beds.

In California, Governor Gavin Newsom declared a budget emergency due to the pandemic. On Wednesday, the state saw a record 7,149 new COVID-19 cases. By Thursday, around 34% of all the state’s available intensive care beds were being used, up from 29% the day prior.

Cases could be 10 times higher than official tallies

Although the US has pushed to increase testing, the confirmed number of cases likely only represents a fraction of the people who have contracted the virus, US health officials said on Thursday.

The Centers for Disease Control and Prevention (CDC) now estimates that between 16.5 to 26.4 million people have been infected — meaning the actual figures could up roughly 10 times higher than the 2.3 million confirmed cases.

It now remains to be seen whether the US can avoid the catastrophic daily death tolls it saw in April, when around 2,200 people were dying every day.

Currently, the nationwide deaths per day are around 600, with that figure possibly reflecting better efforts to prevent nursing home infections, earlier intervention in treatment, as well as a rise in the number of younger people who are testing positive. The virus has particularly proved dangerous for older patients.