COSTA RICA NEWS – The government of Costa Rica is evaluating the possible adhesion of this country to Petrocaribe, regional integration mechanism created from the Energy Cooperation Agreement promoted by the late Venezuelan President Hugo Chavez (1954-2013). 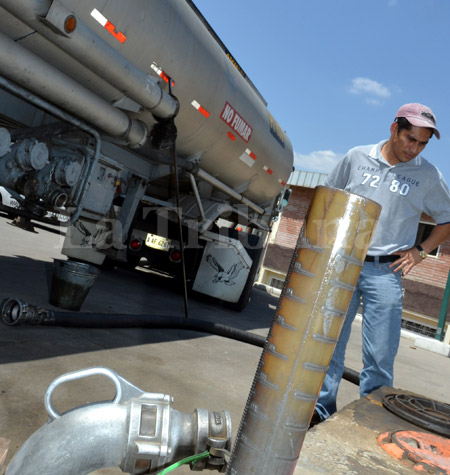 Joining the organization can facilitate the acquisition of Venezuelan oil at preferential prices and thus help reduce the rates of electricity and fuel in this country, according to members of the Frente Amplio, who proposed to consider the alternative.

If Costa Rica is joins Petrocaribe, it would finance 50% of the oil bill in the country for 25 years, with three-year grace period and a fixed interest rate of one percent, said Frente Amplio legislator Jorge Arguedas.

Another advantage would be, that the remaining 50% would not have to be paid in cash, but with Costa Rican products or services, and reinvestment for social good works, Frente Amplio members agreed.

“That option has to be analyzed to see if it really contributes to lower costs, ” said Minister of the Presidency, Melvin Jimenez.

Jimenez said that evaluating this and other proposals will be the task of a committee.

The Petrocaribe alliance was launched on 29 June 2005 in Puerto La Cruz, Venezuela. In 2013 Petrocaribe agreed links with the Bolivarian Alliance for the Americas (ALBA), to go beyond oil and promote economic cooperation.

There are a total of 17 members, plus Venezuela; 12 of the members are from the 15 member CARICOM (excluding, Barbados, Montserrat and Trinidad and Tobago). At the first summit, 14 countries joined the alliance. These were: Antigua and Barbuda, the Bahamas, Belize, Cuba, Dominica, Dominican Republic, El Salvador, Grenada, Guyana, Haiti, Honduras, Jamaica, St Lucia, St Kitts and Nevis, Nicaragua, Saint Vincent and the Grenadines, Suriname and Venezuela.

Nicaragua joined at the third summit in August 2007. Guatemala joined in July 2008 but left the organization in November 2013 stating that Venezuela had not provided them with the ultra-low financing rates that they had been promised.  El Salvador became a member last month (June 2014).

If Costa Rica were to join it would be the fifth Central American country member of the group.

Panama applied for membership on March 3, 2009  and initially said it would continue to join PetroCaribe under the new president, but Panama remains a non-member.

QCOSTARICA - For years, Tilarán has seen the transit of tourists heading towards Lake Arenal, the homonymous volcano and La Fortuna or towards Monteverde. At...
Photos of Costa Rica

QCOSTARICA - It's five in the afternoon on any given Wednesday in San José. Hundreds of people returning to their homes begin to crowd...
Peru