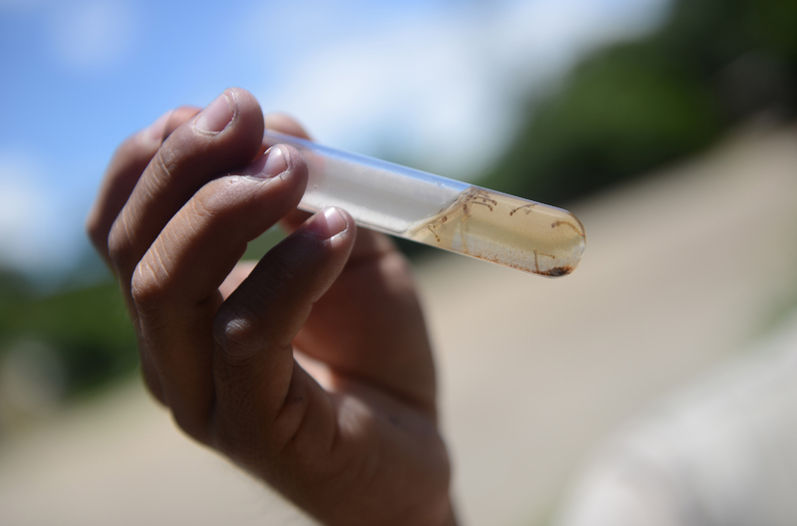 QCOSTARICA – Costa Rica has endorsed the entry into the country of a vaccine that protects against dengue, becoming the 5th country in the world and fourth in Latin America to approve the Sanofi Pasteur‘s tetravalent dengue vaccine.

The vaccine, called Dengvaxia, was recently endorsed by the WHO World Health Organization) recommendations supporting the safety, efficacy and public health value of the dengue vaccine in endemic countries.

The other four countries to approve the vaccine are the Philipines, Brazil, Mexico and E Salvador.

This past Monday the Dirección de Regulación de la Salud (Regulation Department of Health) as confirmed by Roberto Arroba Tijerino, coordinator of Immunization and technical secretary of the National Commission on Vaccination and Epidemiology.

But, before the public can access the vaccine, the laboratory at the University of Costa Rica (UCR) must complete microbiological tests on the drug, according to Arroba. The vaccine protects persons from 9 to 45 years of age against all four serotypes of dengue.

Once the (testing) process is complete, the vaccine will be available in the private sector.

“What can be guaranteed is that it will be accessible to all and at a fair price,” said José Alejandro Mojica, medical director at the Sanofi-Pasteur for Central America and the Caribbean, without indicating a price level.

As to being available at the Caja Costarricense de Seguro Social (CCSS) – Costa Rica’s public health system – Arroba explained the drug has to be included in the revolving fund of the Pan American Health Organization (PAHO). In addition, the National Vaccination Commission needs conduct a study of cost-effectiveness, and identify priority populations for application, Arroba said.

Such research could begin in the next year. The doctor added the vaccine should definitely be accessible and distributed by the Caja, due to the high incidence of dengue in the country.

According to the records of the CCSS, up to week 23 of this year (June 11) there have been 8.323 cases of dengue across the country.

Among the 15 cantones with the most cases are: Alajuela, Puntarenas, Pérez Zeledón and Atenas.

According to the WHO, dengue is currently the fastest-growing mosquito-transmitted disease in the world, causing around 400 million infections every year.

“Dengue represents a growing and serious public health issue in many parts of the Americas with significant associated human and economic burden,” according to Cesar Mascarenas, Global Director of Medical Affairs for the Dengue Project, Sanofi Pasteur. “Approval of the dengue vaccine in Costa Rica will give the country’s healthcare providers access to the first clinical preventive tool against dengue, allowing them to better protect their patients against this threat.”

Sanofi Pasteur’s dengue vaccine is the first and only vaccine licensed for the prevention of dengue in the world.

Costa Rica is one of the world’s most desirable ex-pat locations and a retirement haven in Central America. The country is blessed with an...
Fashion & Beauty

Q REPORTS - The former leader of the Soviet Union and 1990 Nobel Peace Prize winner, Mikhail Gorbachev, who has been self-isolating to protect...
Redaqted

Q TRAVEL - Located in the extreme north of the Pacific coast, in front of the Santa Rosa National Park, in the sector of...
Immigration

QCOSTARICA - Before I get into my opinion of the irresponsible actions of the immigration service and the ICT, good news for tourists who...
Business

QCOSTARICA - Panasonic announced that it will invest US$10 million dollars in the expansion of its plant in Costa Rica, in order to move...
Rico's Covid-19 Digest