In an interview with LifeSiteNews (LSN), the archbishop of San Jose, Costa Rica, has denied reports that the Costa Rican bishops have retreated on the issue of public school sex education, saying that he is still urging parents to keep their children out of the classes. 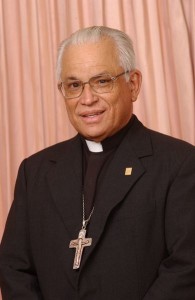 Parents should “learn and see the evil that’s [in the sex ed classes], because it is profoundly hedonist,” Msgr. Hugo Barrantes Ureña told LSN. “What they want is for children to explore their bodies, to learn that the body has the potential for pleasure, that it’s necessary to discover it. It’s hedonist. Pleasure, pleasure —it doesn’t speak of an integral vision of sexuality, integrated in the human person in a total vision of the human person. It’s incomplete.”

Barrantes’ comments contradict commentators in Costa Rica who have accused the bishops of backing down because they have instructed parents to make the decision themselves and to follow their consciences.

“We haven’t softened our position,” said Barrantes. “Some have wanted to say that we bishops are retreating, in the sense that parents don’t have to act. We have only used a different way of speaking.”

Asked if he would counsel parents not to permit their children to attend, Barrantes replied, “exactly.”

The Supreme Court has ruled that the sex-ed program will be optional in response to both Catholics and Evangelicals who have objected to it.

Archbishop Barrantes Ureña also told LSN that the sex-ed program is being pushed by international organizations that are waging “war against God.” The groups, he said, fund local groups seeking to disenfranchise the Catholic Church in Costa Rica, which under the constitution has recognition as the official state religion.

QCOSTARICA - Changes in consumption habits in terms of times, types of preparation and specialties challenge the coffee sector. Most of the consumers in Costa...
Politics

Costa Rica has some of the best beaches in the world. The coastline is blessed with golden sand, beautiful palm trees, and perfect blue...
Health

QCOSTARICA - For the first time in two months, less than 800 new cases of covid-19 in a single day were registered on June...
Turrialba