Costa Rica’s Constitutional Court (Sala Constitucional or Sala IV) has ruled that the closing of a bank account or cancelling of credit cards by a financial institution, unless there is illegal activity involved,  goes against fundamental rights.

The Court decision follows a filing of a appeal (Recurso Amparo) last October by a woman after the Banco de San José closed her accounts and cancelled her credit cards without explanations.

The woman felt the decision of the bank was “in detriment of her fundamental rights”.

The Court, in its ruling said: “being a commercial service of general interest, with great impact on the economic life of the country and relevance to its users, the service can only be denied if a person does not meet the obligations of the contract, ie misuse of the account or failing to maintain a certain volume of operations or the account is being used to perform or assist in an illegal activity“.

According to the Court, in the woman’s case, there was no documentation evidencing any illegal activities and the decision of the bank to close the account was for the customer’s failure to provide essential information to comply with Ley 8204 of the banking laws and the provisions of the Superintendent of Financial Institutions (Sugef).

The Ley 8204 establishes minimum requirements to prevent “concealment operations and capital mobilization” and “other dubious transactions” used to launder money and finance terrorist activities or organizations.

The Court ruled noted in its ruling that “the closure notices did not comply with the duty of substantiation required…being injurious to the interests of the depositors…“. The Court ruled in favour of the appellant. 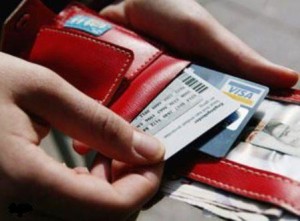 Banks accounts are a necessity

The Court said that “bank accounts are must. Contemporary life has transformed the use of a bank account as a financial option to a real need by individuals and companies, to deposit their income into accounts to in turn used to cover costs both safely and reliably.”

In Costa Rica, today, most private businesses and all government agencies – pay their employees by direct deposit – also known as direct credit – where the money is transferred directly to the recipient bank through a payment system.

With direct deposit salaries are automatically deposited into the employee’s bank account, and immediately accessible, is never lost, stolen or damaged as compared to payments by cheque or cash.

Employees can then make withdrawls from the bank or use a debit card at ATM’s (thus the long lines at ATM’s come pay day), retailers (we’ve all seen someone making a purchase for only a few hundred colones with their debit card) or online (which is the way of things today).

Today, Sunday, June 13, only EVENS can circulate. The measure is countrywide and applied between 5:00 am and 9:00 pm, save for those under the...
Peru